I came across the following dialogue in a text-book written by a non-native speaker. In the dialogue it says " In my hometown, water pollution is an important problem. There are a lot of factories and they pour their waste into the river."

Can we use pour here? I have looked it up and I couldn't find anything proper in my dictionaries. For instance, Longman gives this example The company was fined for dumping toxic waste in the sea. So can we use pour here or not? 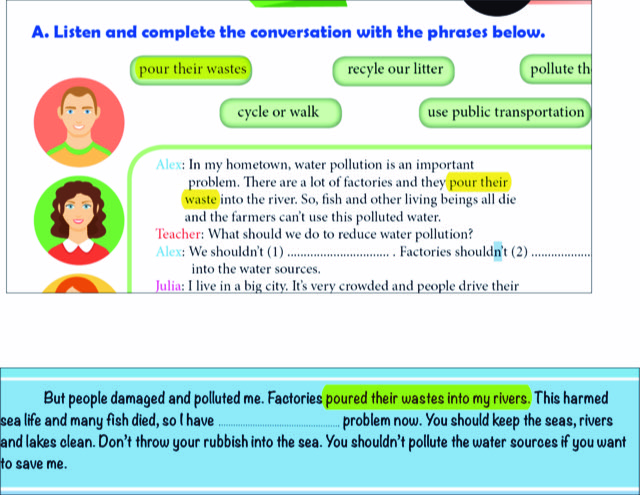 When it comes to general usage, dumping waste is much more prevalent, though pouring waste does have its uses, especially when it comes to describing the disposal of liquid waste.

Therefore, the textbook is technically correct in its usage of the word.

*Additional note: Pour can also be used to refer to non-liquid objects that come or go in a steady stream and in large numbers, e.g letters poured in, people poured out of the theater, etc. Despite this, the word is very rarely used in conjunction with waste itself.

Not the answer you're looking for? Browse other questions tagged word-choice vocabulary or ask your own question.

3
"Liquid refuse" or "Liquid waste"?
2
What do you call things made out of natural waste materials?
6
Less derogatory term for dump
7
What are these containers called for waste?