Is there a word which describes something being both beautiful and ugly at the same time?

Is there any word which describes both ugly and beautiful at the same time?

This picture is not real sculptor or painting I saw, it is somewhat similar what I saw in fair. Example: 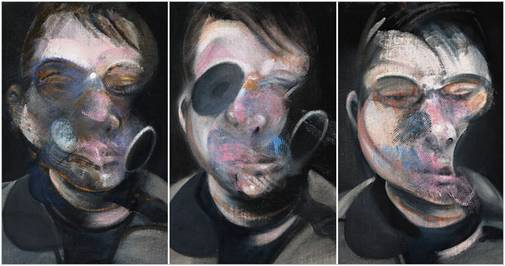 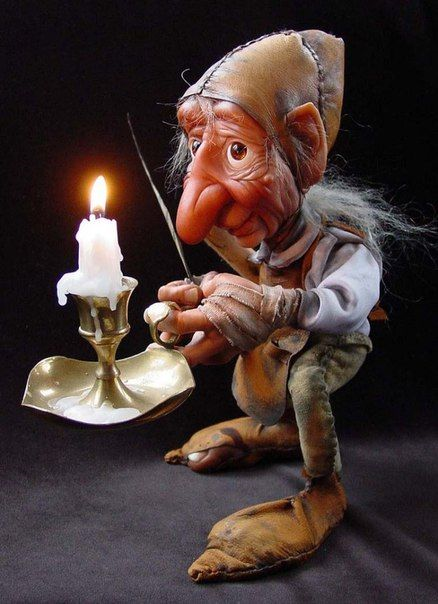 Now, I want to tell my mom that I saw beautiful but ugly troll sculptures and paintings.

A beautiful caricature may be rendered in a grotesque style in an aesthetically appealing way. 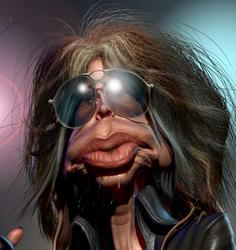 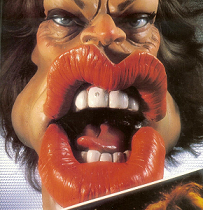 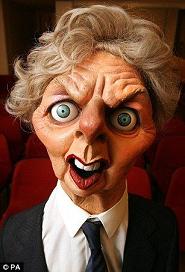 Gnomes as sculptures are purposely created that way, so they are adorably abnormal.

What the OP has mentioned in the comment, trolls: 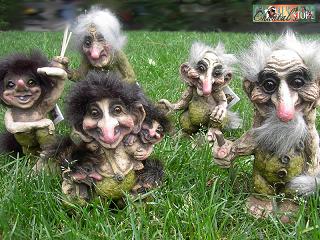 As mentioned, these trolls are "abnormal" (for a shock-and-thrill effect?), not ugly.

A fitting word could be "grotesque." According to Wikipedia: "Since at least the 18th century (in French and German as well as English), grotesque (or grottoesque) has come to be used as a general adjective for the strange, mysterious, magnificent, fantastic, hideous, ugly, incongruous, unpleasant, or disgusting, and thus is often used to describe weird shapes and distorted forms such as Halloween masks" Grotesque.

Are you perhaps looking instead for a word to describe your response to the artwork, which is where the perception of beauty or ugliness in fact lies? And perhaps in that case a word that might help would be 'ambivalence' where you are pulled in two directions at once, feeling two contrasting feelings or thoughts. Or even literally, con-fusion.

The word that you want is an oxymoron. An example of an oxymoron is bittersweet.

Now, if I were to describe something that's aesthetic yet depicts something ghastly or grotesque, then for the lack of an oxymoron, I'd just be more descriptive of the figure's features. But bear in mind that one shouldn't totter into purple prose, for that stultifies the essence of the description.

I doubt there is a word to describe something by two specific antonyms - that's because i doubt the sentiment exist, and thus does not need to be described. Something can have beautiful aspects, and ugly aspects, it's ugliness/beauty being iridiscent in a way, or an object might appear ugly and then again beautiful in fast succeasion, be scintillating in its beauty. Something may induce admiration and fear at the same time, thus being awesome (in its original sense). You could focus on the alienness of the features by describing its beauty as monstrous, obscene, macabre, incongruous, perverted, twisted.

Last resort would be to just transport the impossibilty of the clash of impressions: The troll was phantasmagorical, or dream-like.

I'd vouch for "bizarre" even though the meaning is more in line of "defies characterization" rather than "is both beautiful and ugly". But the alternative "grotesque" is quite more negatively connotated.

Dictionary definitions would be somewhat similar and they are partly listed as synonymous but I do feel that there is a meaningful difference.

The first thought that strike me when I read your question was Picasso. I always had this feeling, that Picasso's art were both ugly and beautiful.

Some of the Pablo Picasso's art work which I consider as both ugly and beautiful are Woman with Mustard Pot (1910), Femme assise (1909), or Old Woman (1901) are few examples.

I suspect that there is any single bewildering antinomy term which describes the paradoxical idea of something being both ugly and beautiful at the same time.

But we can give a try!

to make (something unpleasant or ugly) superficially attractive

The other word is ugly-duckling. It doesn't precisely talk about being ugly and beautiful at the same time.

one that appears very unpromising but often has great potential

The other English phrase that we can use is 'aesthetically ugly'. It accommodates both ugly and beautiful at the same time.

You can also read newspaper article on Ugly is the new beautiful: From aesthetic monstrosity to design masterpiece. The second picture in this article is of toy troll.

Excerpt from the news article:

His book Ugly explores the complexities of ugliness and makes the point that without ugliness, there would be no beauty. He has cherry-picked items for his book, including kitsch flying ducks, hideous pink-haired troll dolls – even the postmodernist architecture of the Sainsbury Wing of the National Gallery gets singled out. Ugliness is fascinating, he claims – take the repugnant The Ugly Duchess by Quentin Massys – "It's one of the most popular postcards sold in London's National Gallery shop and rivals the sales of Monet's tranquil Water-Lilies," he says.

Secondly, if you want to describe something as beautiful and terrible at the same time then you can read this questions and my answer.

You can read more about golden ratio on wiki article. It certainly talks about aesthetics.

CrwCrw
1
1
Add a comment  |
Highly active question. Earn 10 reputation (not counting the association bonus) in order to answer this question. The reputation requirement helps protect this question from spam and non-answer activity.