Term for police seal on door

The police and other authorities sometimes seal the door to a crime scene or similar with an adhesive seal. Here is an example from Germany, where it is called a "Verschlusssiegel", literally a 'closing seal': 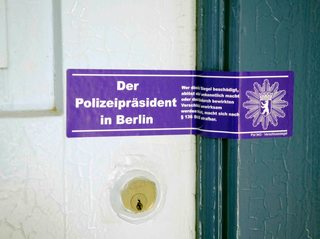 What is this called in English? Either officially (the technical term) or colloquially.

It looks like most merchants call it "barricade tape". The idea of barricading, "preventing or delaying movement," fits in line with the German root word, verschluss, which means to lock, stop, or fasten.

Believe it or not, it's actually called a seal.

The point of a seal is to close something and provide evidence that it's been subsequently opened. This happens with wax seals, with gummed envelopes, and it's the same here. Either the seal is torn, or layers within it separate so there is evidence that it was once stuck to the doorframe.

Here's an advertising image from a manufacturer (Biffar) showing it's what they call them: 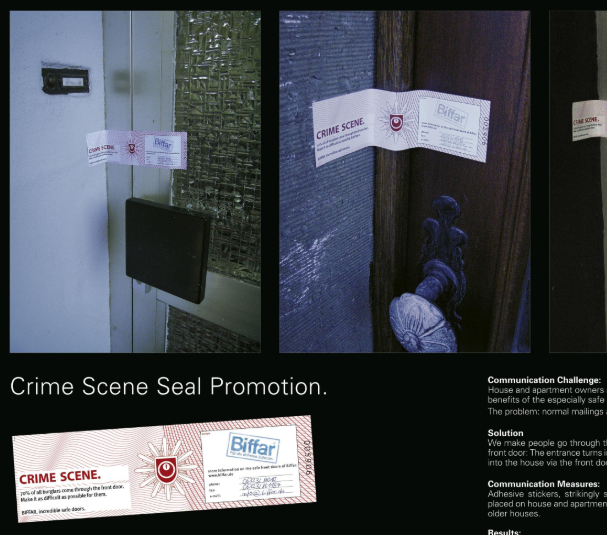 Note that different seals might be identified differently. This one is labelled "Crime scene" so they promote it as "Crime Scene Seal". However premises might be sealed for any purpose, including (for example) by executors if the property is part of someone's estate after their death. The generic name is simply seal.

It seems as if terminology varies.

In L.A. the seal for a crime scene is called a "coroner's seal", though a "public administrator seal" also exists: 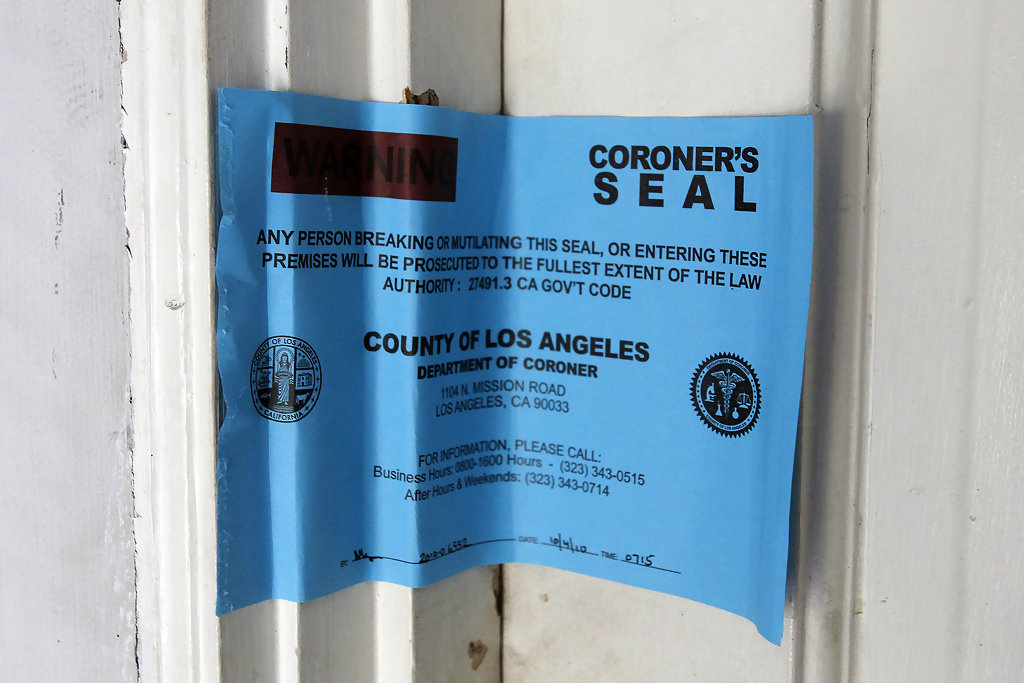 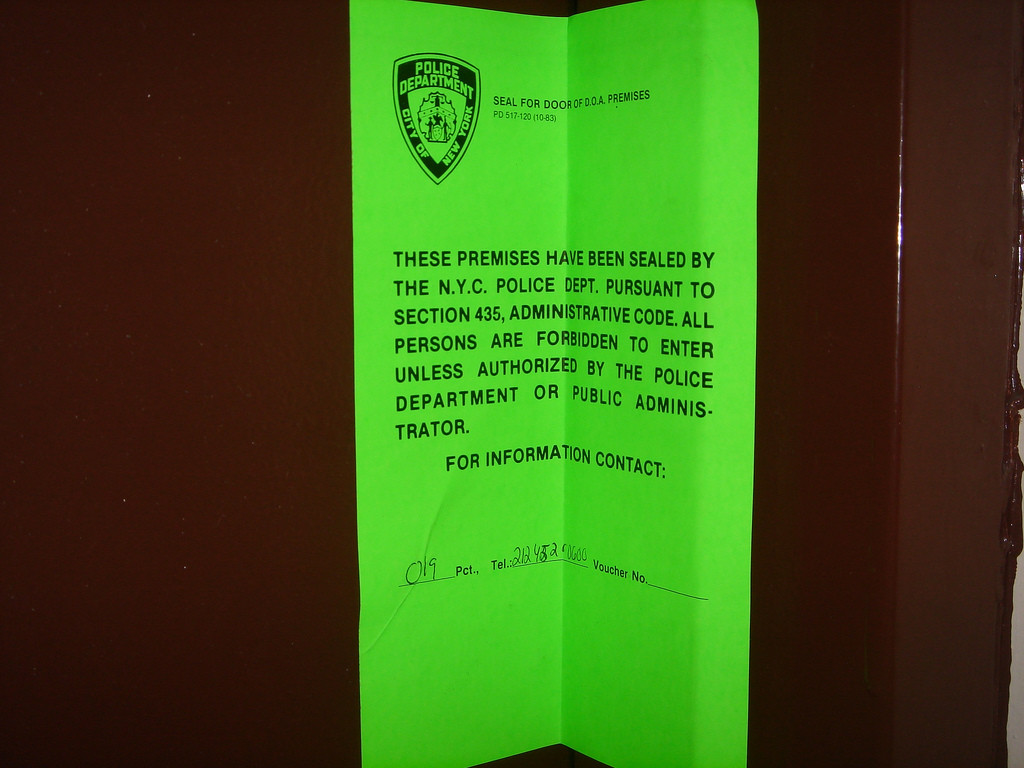 I was unable to find anything like these seals for the UK. Maybe they don't exist there?

13
What is the word for when members of the same group attack each other?
2
Term for a choice that you like and you dislike?
1
Word for murder to prevent “snitching”
4
What would a term for diminishing of magic, diversity, beauty, and power be?
42
Is there a proper term for the 'arms' of a star?
3
Is there a term for a section of an article which contains a quote or snippet from the main text?
0
Generic term for the other party to an aggressor's actions
2
Term for street meant for cars and pedestrians