I'm studying for the SAT and ran into this issue on a practice test. My prepbook says that commas shouldn't be used between an independent and dependent clause in that order. To me "creating..." constitutes a dependent clause. This is more apparent when the gerumd creating is replaced with to create. I'm not understanding why the correct answer choice (which I agree is the best answer) uses a comma before creating. This is not an official test from college board so a typo/error is possible in the answer choice. I simply want to know if this is the case. I'm also curious to whether the phrase "creating a landscape" would be a gerund or participle phrase in this sense. 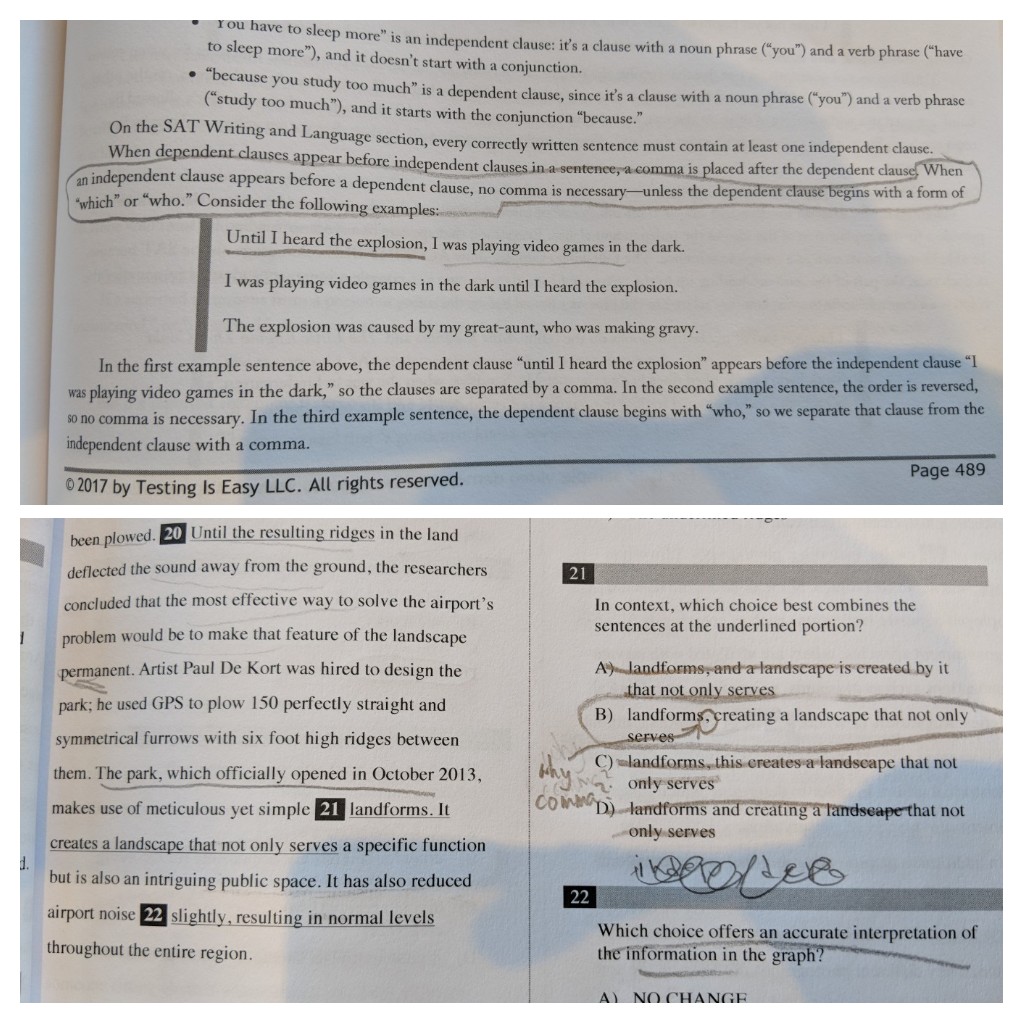 "Creating..." isn't a dependent clause. It's a participle phrase that modifies either the entire preceding clause, the subject-verb in the preceding clause, or a noun that precedes "landforms" in the preceding clause. The base participle phrase is "creating a landscape." You'll notice that's not a clause because there's no subject-verb. Rather, it is the present participle "creating" and its direct object "a landscape," the complete direct object being "a landscape that not only serves..." because "landscape" is adjectivally modified by the restrictive relative clause "that not only serves..."

0
Comma Rules: Conflicting Rules Concerning the Setting Off of Commas
2
Comma before while?
1
Example of too few commas(,) in an introductory phrase?
1
Comma before a participial phrase
2
A pause that may not signal another clause
1
Commas before non-restrictive subordinating conjunctions?
8
Why is this sentence incorrect? Why is this other sentence correct?
2
Comma before "while"