Origin of slang "fire" meaning "cool" / "great" and does it have any relation to "fam"?

Fire as a slang adjective appears to be the bleeding-edge version of "cool." To some extent, the word appears to be interchangeable with dope. One thing that seems odd to me is that it often seems to occur next to the word "fam." I'm wondering what the relevance of this connection is.

This song is so fire. My goodness

I play this tune more than once each day. The whole Ep is fire!!!

Examples of "fire" with "fam"

Or as the kids say it, it's totes fire, fam. It is indeed quite lit.

Nkabi yam, waiting on you to release some new fire fam, drop that shit !

Green's Dictionary of Slang has an entry with a single citation from 2016, which also uses the word "fam."

3. Why do we often see "fire" used in combination with "fam?"

P3.... b. on fire... (b) fig. and in figurative contexts. In a heightened state of emotion or activity; inflamed with passion, anger, zeal, etc.; enthused; inspired. Later also (colloq.): on a run of success; performing at a very high level.

...Ire,
Whos herte is everemore on fyre
To speke amis and to do bothe,
For his servantz ben evere wrothe.

which follows the use of 'fire' since Old English to mean (II. 13. a.) "a burning or ardent emotion; a strong feeling of passion, rage, love, etc."

Obviously, what you have with 'cool' is the slang version of a euphemism treadmill: frequently in the US, African-Americans have some way to speak freely among themselves, white kids appropriate it (at which point black people need something new), and white parents pick it up (at which point their kids need something new). Even more, you get a TV show ('dyn-O-mite'), movie ('sweet'), or song ('bad') that blows up some usage that the year before needed glossing within a song.

In just this way, the Bloodhound Gang's 'Fire Water Burn' was responsible for greatly popularizing its chorus in 1997, despite being entirely lifted from Rock Master Scott & the Dynamic Three's 1984 'The Roof is on Fire'. By 2018, not only was the phrase considered "cringeworthy", but its replacement 'lit' was already considered "quite overused" and in need of its own replacement.

Rap has also given us a new meaning of lit. In the last ten or so years, lit has transitioned from being applied to the act of intoxicating ("gonna get lit") to the environment of those who are lit ("party's lit"). The wildness of such parties has led to lit gaining the meaning “exciting,” as well as a broader meaning along the lines of “excellent” (“Leslie Jones's commentary on the Olympics was lit"). We have evidence of the “exciting” and “excellent” meanings way back to 2004, and earlier use is likely...

'Fire' is an extremely common word (#697 in the British National Corpus) so—just like the early life of 'lit'—you can doubtless find earlier slang uses but its recent major surge has just been a grassroots transfer to speech of using the 🔥 emoji for 'lit', 'on fire', 'excited', 'exciting', &c. This parallels similar use of LOL, 💯, &c. The fire emoji was approved by Unicode in 2010, showed up on the iPhone &c. shortly after, and also shows up to indicate a 'hot streak' on Snapchat. 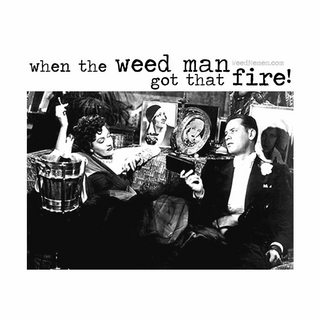 That was building on a slightly earlier swell. From at least 1700, 'fire' has been used to describe not just the fiery sensation caused by spicy food or alcohol but also the property within the items leading to that effect (OED's sense 17. a. & b.). From at least 2003, 'firewater' had turned into 'fireweed' (potent herb), which turned into 'that fire', which turned into 'that's fire'—initially as an approbation that it felt as good as quality weed but then quickly misunderstood as a variant of 'that's hot' (with all its associated senses of sexiness &c.) by just about the time the emoji showed up.

Again, it's an extremely common word and you could look for associations that aren't there. Most people are just using it based on the fire emoji's associations with 'lit', so the original demographic would be 'iPhone users'. On the other hand, 'lit' and 'fire' started their recent upsurge in the weed community and its celebration in mostly African-American musical forms like rap and hiphop.

Because English loves alliteration. Always has.

There's no other connection. 'Fam' is just a clipping of 'family' that gets used in reference to close friends (even an individual friend).

It appears that the related terms lit and fire developed their current slang connotations of hot, cool, excellent during the ‘90s. The use of the fire emoji in text messages probably contributed to their diffusion. Fam, short for "family" is usually used to refer broadly to one's friends and is often used with both lit and fire to extend the expression to include them.

Based on the past tense of the verb light, lit as a slang term has been part of the English language since the 1910s. It first meant “intoxicated,” perhaps because one’s appearance or behavior was perceived as lit (or “lighted up”) when they were under the influence. By 1999, the term was evolving to mean “excellent” (cf., hot or cool). Popular sites like Urban Dictionary introduced the term by early 2009.

It may not be surprising that a term originally related to drunk-ness would transition toward capturing the overall excitement of parties or events, which are now often considered lit. By 2015, the slang had grown increasingly mainstream—and increasingly broad as a term for something “exciting.”

It’s lit is frequently paired with the fire emoji [U+1F525] 🔥 to emphasize something’s metaphorical hotness or being “on fire.”

Its lit fam is also a common extension of the phrase, where fam is an abbreviation of family. The phrase is used to address one’s close friends, social-media followers, or other hypothetical audiences.

Where does 🔥 - fire emoji come from?

The fire emoji is also called the flame, hot, or lit emoji. It is commonly used to praise someone or something, signifying that a person, object, album, movie, or so on, is “lit,” a slang term to describe something that is exceptionally cool or great. As lit is also slang for “intoxicated,” the fire emoji doubles as a way to say someone is very high or wasted. The term fire has been used as slang for high-quality weed in hip-hop since the early 1990s, and so sometimes the fire emoji is used to reference marijuana.

'fam' is short for 'family', and has nothing to do with fire. It is just a very informal way of ending a sentence by calling out who you're talking to, but not using your name. It is similar to 'homey' or 'homes' for informal AAE.

Where is my beer, Mitch?

It's just a coincidence that you're seeing 'fire' with 'fam'. 'Fam' is used all over in other instances

17
How did the slang meaning of "flog" come about?
8
What is the reasoning behind the "urban" slang word "tight" coming to mean "cool/great/slick"?
3
Is "Christmas for Bogans" a metaphor?
7
Why is German anti-aircraft fire called "Archibald"?
2
Dolo: Rhymes with "solo?" / Short for "down low?"
4
Does "51" meaning crack cocaine have any relation to police code "5150"?
5
Origin of the slang term "Becky" -- was there originally a vulgar connotation?
3
Did slang "hang" meaning "turn" as in "hang a left" relate at all to boxing slang?