Shouldn't verbs after "to do" always be infinitive? If so, then what's the purpose of adding the suffix "-s" ? 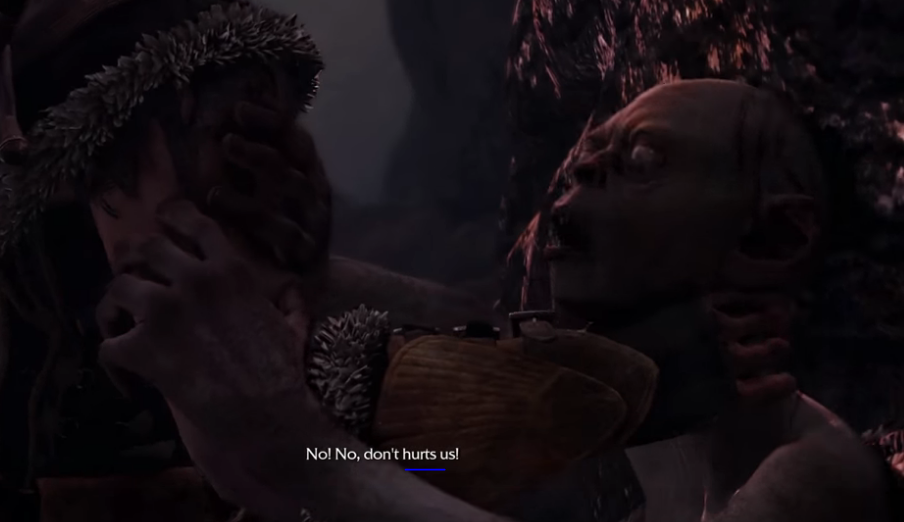 Gollum's speech is consistently shown as non-standard. He regularly adds an additional "-es" to already plural words (eg "pocketses"). This is a case of adding "-s" to a verb form that does not need it.

I'm not aware of any real dialect of English, or any common speech pathology, that has these characteristics: as far as I know, Tolkien invented it for the character. I guess that the choice of "s" as the additional sound was intended to make him sound sibilant and hissing.

It's ungrammatical, but Tolkien knew what he was doing. It's possible that Gollum is purposely trying to sound childlike and pathetic here. Tolkien might also have been trying to represent that Gollum, who had spent centuries in hiding, spoke an archaic rural dialect. He similarly "translated" Westron as English and the dialects of the Shire, Rohan and Gondor as dialects of English.

Tolkien, as a scholar and translator of Middle English literature, was very aware that it had inflectional endings that have been lost. The Canterbury Tales, for example, contains the line, "Then longen folk to goon on pilgrimages." Someone who'd been cloistered as long as Gollum and spoke that way could still make himself understood, but it would sound bizarre to us, like they were adding a bunch of extra n sounds at the end of their verbs.

It would be consistent with Tolkien's approach for Smeagol to have spoken an older form of the Westron language retaining inflectional endings that by Frodo and Sam's time had been dropped. When Eowyn calls the Witch-King a dwimmerlaik, that's not a word in any dictionary; it's what Tolkien imagined the word dwœmerlak or demerlayk might have become in a dialect that split off from English about as long ago as the dialects of Rohan and the Shire.

On the other hand, Gollum does it even when he's trying to sound threatening, and his speech patterns were established in The Hobbit, before Tolkien had decided on Gollum's origin or had fleshed out his setting to that degree.

As mentioned in the other responses, Tolkien was a philologist and, from what I know, used a lot of elements from different languages to make the characters more vibrant. For example, Elvish was vaguely based on Uralic languages family (such as Finnish).

So in my opinion, the -s suffix could have been a way to highlight the "aliennes" of Gollum in this way:

In some varieties of English, particularly northern English, Scottish, US Southern and AAVE, the -s can be extended to other persons/numbers as well, as in: I eats me spinach; I hates the Yankee nation and everything they do; They likes it here; etc.

and additionally add the self-deprecating meaning of -s suffix from Slavic languages to highlight his self-loathing.

Not the answer you're looking for? Browse other questions tagged grammaticality infinitives do third-person or ask your own question.

7
How do I know when a verb should be followed by a gerund or an infinitive?
4
Usage of consecutive infinitives of purpose
4
Do the -ing and to-infinitive "verbs" that follow catenative verbs always take the grammatical function of "noun"?
0
Can we have a noun after "being able to"?
104
Why does "I was happy to do my homework" work, but "I was tired to do my homework" doesn't?
0
Does a 'converger' converge to a 'convergee'?