What is the part of a bottle called where the liquid comes out?

I'm writing an academic work about pouring liquids with bottles. The different parts of the bottle are very important, because I need to distinguish between the point at the bottom, middle and top of a bottle.
But when I looked up "bottle top" it seems to be the thing that we screw on a bottle. So I tried "bottle tip" in order to not get it confused but I'm unsure if that's the best way of calling that part.

Here's an example in which I try using it:

Feel free to correct any other mistakes I might have done in those sentences. ;) 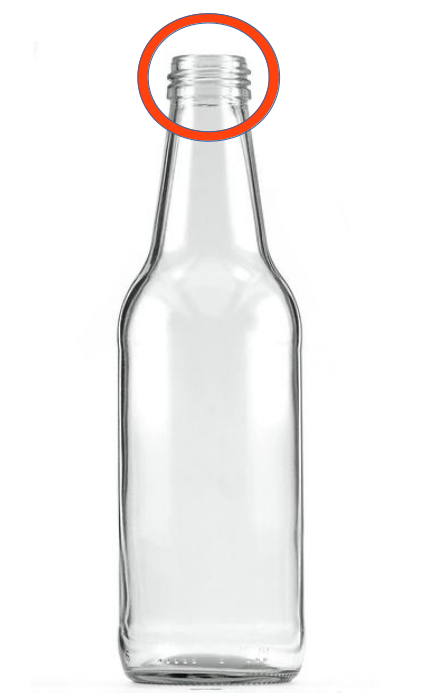 I think you are looking for rim

the outer, often curved or circular, edge of something.

Or more simply , mouth, as shown in the picture below.

c : the opening of a container, the mouth of a bottle. (M-W) 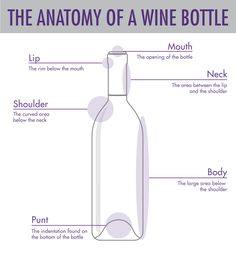 This is the mouth of the bottle.

3 : something that resembles a mouth especially in affording entrance or exit: such as

c. : the opening of a container • the mouth of a bottle

The part of a bottle or other vessel from which liquids or powders etc may be poured is often called a 'spout'.

US patent application "a bottle cap for cutting a seal attached to a spout of a bottle to seal an opening of a bottle."

BOTTLE CAP FOR CUTTING SEAL ATTACHED TO SPOUT OF BOTTLE

Fleming had slipped in a puddle of water which had leaked from the spout of a bottle of spring water that sat upon one of the store's shelves.

the finish can best be described as ‘the lip of the bottle’. The term "finish" originated when glass bottles were still produced by mouth blown craftsman and the last step in completing a finished bottle was to "finish the lip."

And more, with some confusion: bottle morphology

Finish - Simply put, the finish is typically everything above the distinctive upper terminus of the neck. It refers to the combination of the lip (upper part) and collar (lower part) of a finish, if both are present, or any other distinct parts if present. The term "finish" originates as a reference to the final process of making a mouth-blown bottle - completion or "finishing" of the lip and upper portion of the neck. Generically, a finish can have one-part, two-parts (like in the illustration above), three-parts, and rarely more parts (Jones & Sullivan 1989). The finish on a bottle is also referred to sometimes as a "top" or "mouth" (White 1978), See the Bottle Finishes page for much more information on finishes.

Lip - This is one of the more confusing and variably used terms used in reference to bottle morphology. As used on this site, lip has two meanings depending on the context, though both uses are better described with other terms. It is used to describe the extreme upper surface of the finish, though the term rim is preferred (both are often used together on this website). Lip is also used by some - and occasionally on this website as indicated by the illustration above - to refer to the upper part of a multiple part finish (Jones & Sullivan 1989). The term is also frequently used as a shorthand reference for the entire finish - lip and collar together. However, for added confusion, the term collar is used by some to refer to what is called a lip here - the upper part of the finish or the entire finish if it is composed of only one part. See the Bottle Finishes page for much more information on finishes and finish parts. 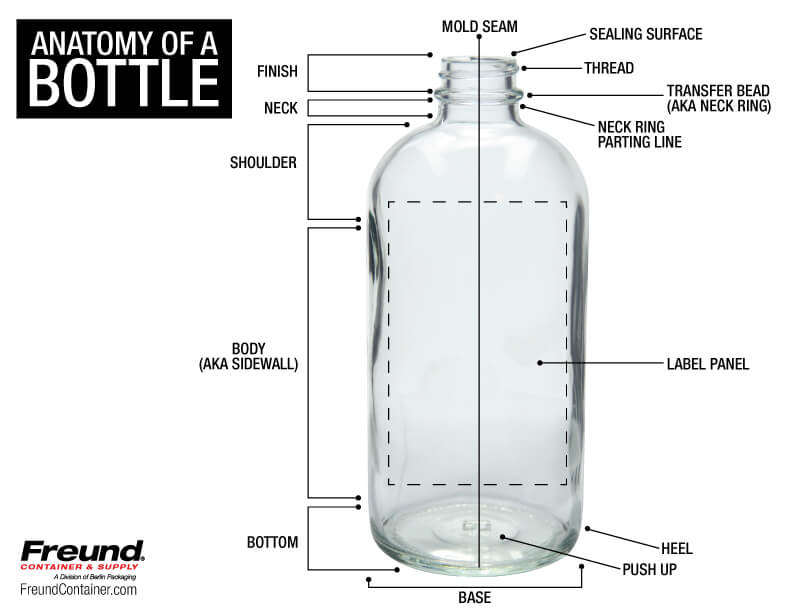