Ability in the future: “can” vs “will be able to”?

According to the Oxford Grammar Course (Intermediate) book by Swan & Walter, we normally use can if we are deciding now what to do in the future. In other cases, we use will be able to. 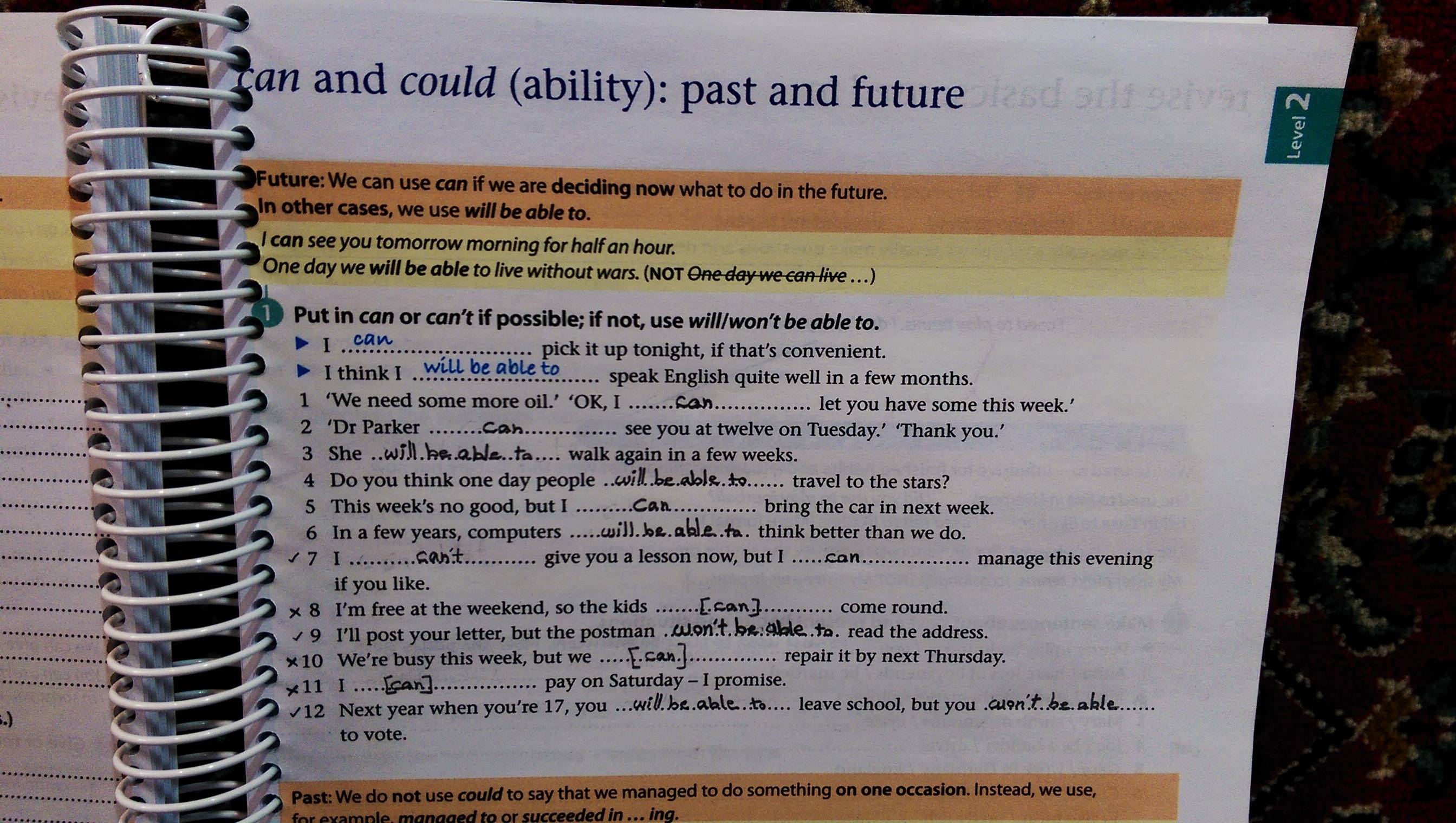 I need some help with the questions number 8, 10 and 11 in the first exercise of the page:

I put can, as indicated here.

My reasons for all three:

But the answer key says these three sentences should have will be able to.

I really hope that there is someone here who has a deep knowledge of grammar and can explain to me why we can't use can in these three questions. Why do we have to use will be able to?

I think the rule the book describes is very subtle, and not obeyed rigidly by many native speakers. Both "can" and "will be able to" would probably be considered acceptable by most people.

But to explain the answer the book gives, these sentences are making predictions about something being possible, not making promises or describing decisions.

8) The subject of the clause is "the kids". The speaker can't make promises on their behalf, just predictions about their ability. You'd use "can" if it were something like "so I can take the kids".

10) To make a promise about something happening at a specific time, you'd normally use "will" all by itself. This sentence is making a prediction that they'd be less busy the following week, and they'll be able to finish the work then.

11) Again, a promise would be expressed with "will". The sentence is a prediction about the speaker's ability to pay, not a decision to pay.

Not the answer you're looking for? Browse other questions tagged grammar american-english british-english or ask your own question.

2
I hope I will have you enjoying this lecture
0
“I was away for the weekend”
4
If the lava comes down as far as this, we will evacuate these houses
0
intransitive, prepositional phrase, adjective clause all used in a sentence