What does "after" mean in this context?

I wonder what "after" means in this context. Does it mean that the chair is a replica or an original? 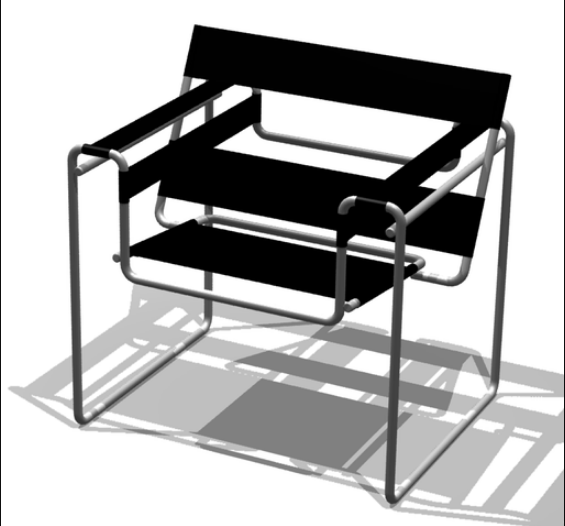 Your citation is an example of OED sense 10 for the preposition after (paywalled). There are three subsenses:

Of those, the operative one that best applies here is subsense c, being in the style of certain artist’s work.

Here are a tiny subset of citations for those three senses, arranged chronologically:

In its eponymous article on the Wassily Chair, Wikipedia says that:

The Wassily Chair, also known as the Model B3 chair, was designed by Marcel Breuer in 1925-1926 while he was the head of the cabinet-making workshop at the Bauhaus, in Dessau, Germany.

Despite popular belief, the chair was not designed for the non-objective painter Wassily Kandinsky, who was on the Bauhaus faculty at the same time. Kandinsky had admired the completed design, and Breuer fabricated a duplicate for Kandinsky's personal quarters. The chair became known as "Wassily" decades later, when it was re-released by Italian manufacturer Gavina, who had learned of the anecdotal Kandinsky connection in the course of its research on the chair's origins.