the most vs. most

This earlier question asks about the omissibility of 'the' before 'most' in this example:

(The) most tuna are caught in early November.

The only answer there (by David Schwartz) that has received 16 votes basically says that 'the' can be left out but only with a different meaning:

The answer says that, with the definite article present,

'most' is a superlative meaning "the amount that is greatest"

and that, without the definite article,

'most' is an intensifier meaning "more than half".

Regarding the meaning of the version without the definite article, I think I agree that 'most' without 'the' can mean "more than half", but I think that it can also mean "greatest in amount" (a superlative reading) depending on further context.

But I've come across similar examples in CaGEL*, which basically says the two versions mean the same thing and that most without the is also a superlative:

[21id] Pat made [the most mistakes]. (p 1167) [Note: boldface indicating a DP functioning as determiner in the NP]

The most of [21id], however, is the inflectional superlative of many, and here the most forms a DP functioning as determiner in the NP; this the is optional and cannot be replaced by a genitive or demonstrative. (p 1168)

[23v] It was Kim who attracted [(the) most attention]. (p 1168) [Note: boldface indicating a DP functioning as determiner in the NP]

No such factors apply in [23iii–v], and here the can be omitted. Note, however, that its omission does not result in a change of meaning – in particular, there is no change from definite to indefinite. In [v] the is part of the DP, as in [21id] above. (p 1169)

What I'd like to know is whether: (1) David Schwartz's answer is correct or 'most tuna' without 'the' can also have a superlative reading (as I suspect); and

(2) most in [21id] and [23v] of CaGEL can also be interpreted as "more than half" when the is omitted, despite CaGEL's claim that the meaning is the same (only superlative reading) with or without the.

I think it depends on whether 'most' refers to the subject of the sentence or not. If 'tuna' is the subject:

'The most tuna' = 'the highest catches of tuna'.

Both your examples from CaGEL have 'most' referring to the object of a verb. In these cases I don't think the omission of 'the' changes the meaning.

I believe it does change the meaning: It changes the meaning, context, and interpretation of the sentence. As an analytical society; We inadherently judge (preemptively assume), ie. make Snap-judgments (consciously and/ subconsciously) Based off others' dialect, tone, pitch, and word choice pertaining to their intelligence and/or incredibility of their statement.

The makes it a declarative sentence. It puts stamina and depth behind the words. Who? identified Noun: tuna What? are caught When? November

So you're telling me the most amount of tuna are caught in November. You've made a declaration; essentially proclaimed in that moment November; is absolutely the best time for me to go... right? If I'm interested in catching fish then this is the advice that I would heed.

Well how have you not changed the intended meaning or overall propriety to the sentence. Most? As in this when the fish are the slipperiest or most vulnerable to my fishing lure? The easiest to catch, or is that when they run? That's a shrug of a sentence and an unsure fact if I ever heard one. There is less depth, less surety; and thus not nearly as effective as a declarative sentence intends. Not to mention; Once you remove the; the sentence is my puddy and I can mold it for a metaphor. Removing the; You make it malleable; left up to misinterpretation. Above all else; Assumptions. Our brains process language so quickly; within seconds we trust or distrust information. It's all about formatting. Words are the prodigy's violin, the sun's rays;

When properly strung they can influence the world. If something is so strong it holds so much power then you can not say you could simply slice /the/ and have the intended meaning be exactly the same. 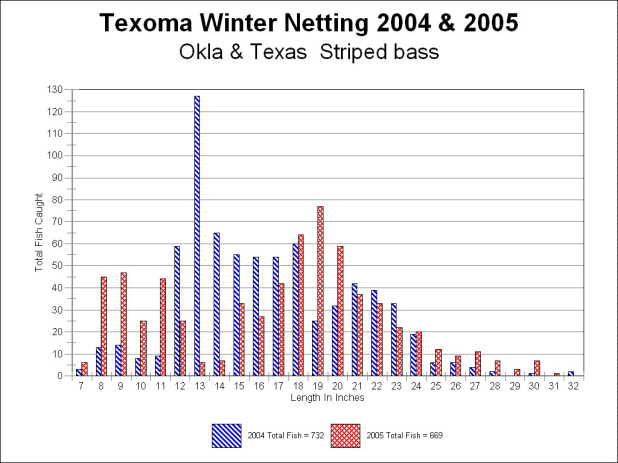 The most bass caught in some year. Same idea. The most refers indirectly to some statistics somewhere or other.

If you look at the chart, you will see that there is a year in which "the most bass caught was 130".

The most x is used when referring indirectly or directly to some statistical source of numbers. It is "the most" of all the numbers given in that source for some period. In the chart, that would be in 2005 year.

Versus: Most bass are not caught using nets. [a general statement]

I'm not going to get a good answer in by the bell but:

'the most' is specifying the largest subset, but we use most differently.

It is not a 'magnifier' in terms of superlative but say: a common multiple choice alternative

A better analogy would be :

"How many friends have started a savings account for their childrens education? "

choose the answer best fitting your reading of above sentence

I -strongly suspect- that more people would choose D than C

A small reference - a Pew Organization primer mentions a question they once used:

Frequent polling makes this sort of use of 'most' common .. hear it is 'mostly' which I would guess would fall a bit less than 'most' in common perception. My opinion? Perhaps. I wish I started this question sooner and will come back to it again with more research.

Not the answer you're looking for? Browse other questions tagged definite-articles superlative-degree or ask your own question.