using other with singular nouns 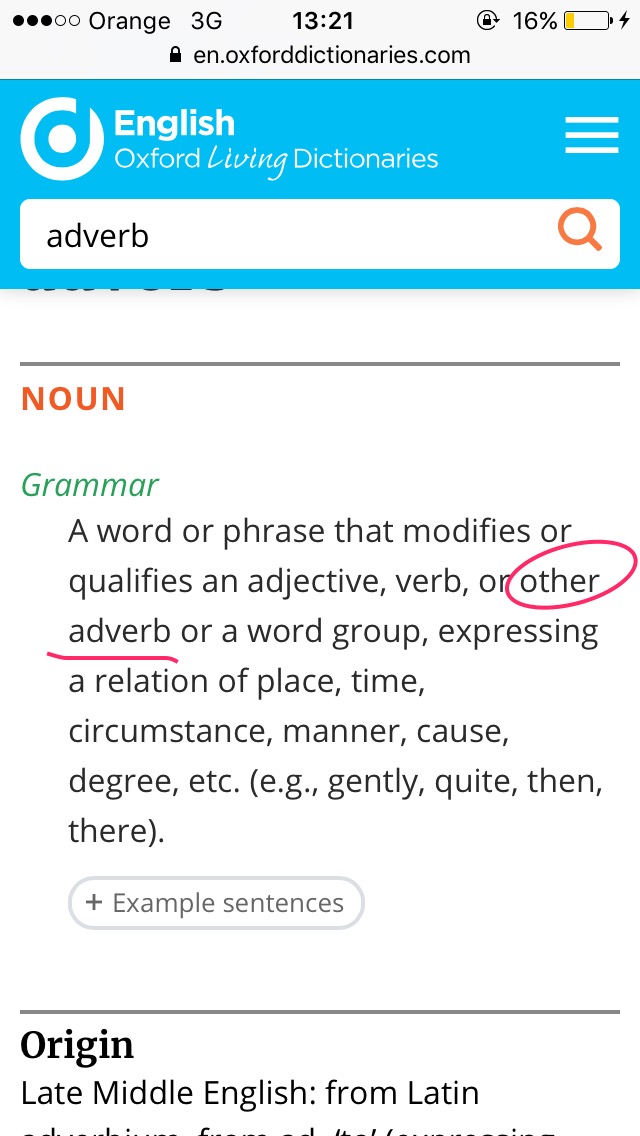 Is that sentence grammatically correct?

An adverb is a word that is used to give more information about a verb, an adjective or OTHER adverb.

You do not have to use another in that sentence because an is already modifying the list:

A word or phrase that modifies an adjective, verb, or other adverb ...

If you consider another to be an+other, you already have one an in the sentence, and don't need another one (although using another would not be ungrammatical).

Without the an, you would have to use another. The following is ungrammatical. Or rather, it implies that Jupiter, Saturn, Uranus, and Neptune are moons.

I think another is ruled out because if it were to modify "another adverb" then that would imply there is already an adverb it is modifying already (another = one of like kind). Whereas "other" has more general usage (one or more of like or unlike kinds). Modifier and modified make different kinds gramatically, hence other is used.

As an aside, "other" and "another" do have the distiction you mention for non-specific nouns. For specific nouns, other is used. http://www.englishcurrent.com/grammar/other-another-difference/

The rules you stated aren't rules. They never were rules and they don't make any sense as rules. Other and another are semantically exclusive of each other.

Another is concatenative. It adds the new thing to a set of existing things that are receiving focus in the sentence. Other is sustitutional, it replaces the set of things in focus with a new thing or set. The funny behavior with respect to determiners only applies to a/an, and is simply a way to make sure we don't mistake an other for another, since they are completely different in terms of sentence meaning. It has nothing to do with word choice. You don't choose between other and another based on determiner use or noun types, we merely avoid any potentially ambiguous construction for clarity's sake. Thus some other, the other or any other is used in stead of an other.

In the not so distant past, the construction "or another" was nearly nonexistant in English. It makes no sense to use a concatenative word with or. I still don't ever say "or another" - it has to be "or some other" or just "or other".

While Ngrams now shows "or another" to be common, and "one or another" (which I can't even say) to be more common than "one or other", historically, they were rare.

The most likely case at hand is that the definition was written down at a time and place when "or another" simply wasn't a grammatical option. And there are still some of us for whom it isn't.

7
If the rule is “such (a) + adj. + noun”, why is “such fun” correct?
1
How to find words which are related morphologically?
2
When can uncountable nouns be countable?
4
Does English have any singularia tantum besides mass nouns?
0
Countable Attributive nouns in plural context
0
When the verb precedes the noun “percentage”, a singular verb is required
1
What is the grammatical usage the phrase “for this most private of moments.”?
0
Countable uncountable noun vs always singular noun