Approach to vs. approach for

I saw the answered questions which could make mine a duplicate (for instance "Approach to" or "approach for", but I did not find an answer.

Using approach as a noun, is there a difference, however slight, between the meaning of these two sentences?

According to the Online Etymological Dictionary, a figurative meaning of approach as ‘a way or means to address a problem’ only dates to the early years of the 20th century. Thus a 1938 Australian newspaper writer, assuming this usage may not be familiar to readers, feels compelled to frame the word in quotation marks:

One of the great differences between education to-day and in pre-war years lies in the “approach.” — The Northern Star (Lismore NSW), 2 June 1938.

Just as highways, railways, or waterways each might offer an approach to a city or grand avenues an approach to a monumental building, a figurative approach to a problem or goal most often collocates with the preposition to. A Google NGram shows that this is still the most common collocation in the Google Books English language corpus.

In the United States, the only approach to a loss of pension on account of imprisonment is the provision, by the act of August 8, 1882, that, during a pensioner's imprisonment for an offence against the law, his pension may be paid to his needy wife or minor children. — Frederick Fenning, “Comparative Pension Systems,” in Forum, May 1902, 346–348. COHA

He stretched a scrap of thin white broadcloth on the end of his finger, dipped it lightly in gasoline and worked quickly around the spot in wheel-like sweeps, getting nearer and nearer the stain, which yielded in a few minutes to gentle but steady rubbing. The gradual approach to cleaning the stain, he explained, did away with all danger of leaving the halo one often has to sponge out after a stain disappears. — Good Housekeeping, March 1903, 245–250. COHA

Two avenues of approach to a question are always open and may profitably be kept distinct: namely, the ideal, and the expedient or practical. — William Z. Ripley, “President Roosevelt's Railway Policy,” Atlantic Monthly, Oct. 1905, 486. COHA

As this new meaning took hold, the metaphoric force of motion directed toward something began to weaken, enabling the occasional use of other prepositions: for and even in:

Here, then, is a seeming approach for a definite psychological interpretation of the history of civilization. Yet the results of such a method of attack must not be overestimated. — A.L. Kroeber, Anthropology, 1923. COHA

The pattern for a new approach for teaching homemaking in the seventh and eighth grades is taken from “Homemaking – An Integrated Teaching Program” by Evelyn Herrington. Irma Meredith Bates, “Suggested Plan for a New Approach in Teaching Home Making in the Seventh and Eighth Grades of the Junior High School at Freeport, Long Island,” Cornell University, 1937. Typescript.

Failure to seek a common approach for deciding when subversion has occurred, and what should be done about it, would leave the U.S. in the position of having to do both itself in case of future crises like the Dominican one. — M.J. Rossant, “Dilemma,” New York Times Editorial, 23 May 1965. COHA

An approach for rather than to necessarily makes the goal, and especially the purpose, of the approach more topical than how to get there:

Another approach for getting at total medical care expenditures for a sample of consumers is to estimate expenditures according to the units for service consumed. — Vital and Health Statistics, Series 4, No. 17 (9/1975). 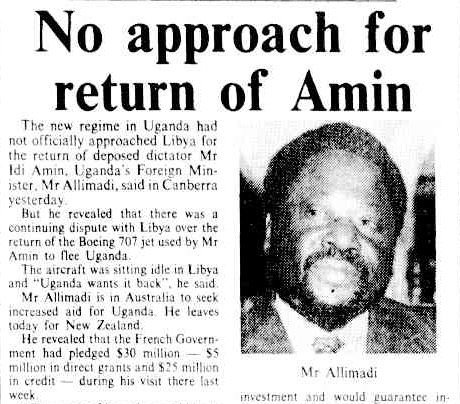 That an approach for Idi Amin’s return also appears in a headline brings up an interesting usage feature of approach for: it is vastly more likely to appear in a headline or title than in the body of an article. Even the approach for teaching homemaking in a Long Island junior high, despite being a complete sentence, is actually a chapter title.

Not the answer you're looking for? Browse other questions tagged meaning prepositions to-for or ask your own question.

0
Best verb to use for formation in strategy formation
10
Is there a difference between “dislike” and “don't like”?