In "pedophilia," why philos rather than eros?

Greek carefully distinguishes between philos (non-sexual love) and eros (sexual love). There are 100s of "phile" words (e.g. an audiophile is a person with a non-sexual love of stereo equipment) and almost all of them specifically refer to a non-sexual love of something. Yet "pedophilia," and fetishes such as Agalmatophilia (sexual arousal to statues), also end in "phile" rather than the accurate term "eros". Does anyone know why?

One theory I’ve come across is that the term “pedophile” was coined by pederasts themselves in an attempt to whitewash their image, but I’ve unable to locate any substantiation for this claim. My own hunch is that the term pedophilia was a euphemism coined by some very well mannered victorians who found "pedo-erotic" too explicit for polite conversation. But that's just a hunch. Thanks in advance.

I think the second paragraph has some sense of truth in it. In the Netherlands at least there is a very important legal distinction between pedophilia and pedosexuality.

Here in the Netherlands there were organisations fighting for their right to exist on grounds of being pedophiliacs, instead of pedosexuals, however they lost a case in 2015 at the European Court for Human Rights: (translated from Dtuch)

The European Court for Human Rights has rejected the claims that pedophiliac organisation Martijn made to prevent closure of the organisation. This means the organisation will remain illegal. According to the Strassburg court it was unclear whether the person that requested attorney Spong to file the case, actually represented the organisation.

This caused the case to not make it to court. According to the office of attorney Spong, the European Court has taken a formal stance. "The court implies that a prohibited organisation cannot be represented", attorney Sidney Smeeds says.

According to him, the court in Strassburg had a chance to make a ruling about the freedom of organisation and speech. "In the last weeks, we have seen that in Europe people can be killed for their opinions and in a vulnerable society, even impopular opinions should be representable", according to Smeets. "The European Court had the ideal oppurtunity to have a say about that."

Last year's April, the [Dutch] High Court ruled that the organisation should be dissolved. The Judge went against an earlier ruling from a lower court. That court ruled that while the opinions and actions of Martijn were rejectable, but did not warrant a prohibition.

The High Court did find a prohibition fitting, "in the interest of protecting the health, rights and freedoms of children.

This does show at least an attempt to place a certain perspective on the term. That is, they suggest that pedophilia is relatable to an opinion rather than an action.

Along with such terms as sadism, masochism, homosexual, bisexual, and gerontophilia, the word pedophilia first appeared in Richard von Krafft-Ebing's pioneering work on the psychology of human sexuality, Psychopathia Sexualis, first published in 1896. 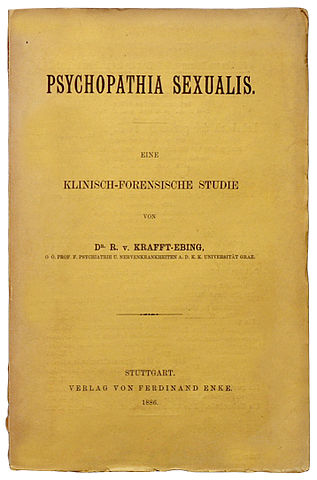 Krafft-Ebing not only chose to title his book in Latin, but also composed more sensitive passages in that language so that discussions of the topic would remain among educated elites, all of whom would have studied Latin and Ancient Greek. In that sense, the word is more academic jargon than strictly speaking a euphemism. Since Krafft-Ebing, like the Greek Stoics before him, believed that any sexual activity outside of procreation was somehow pathological, then the term pedophilia was definitely not coined by an apologist. The Greek term, however, might still be considered a euphemism compared to the German Knabenschänder ‘defiler of boys’ first attested in Martin Luther’s translation of 1 Cor 6.9.

In using the component -philia or -phile to denote sexual excitement or desire directed toward the first part of the compound, Krafft-Ebing follows the lead of the French Belgian psychologist Joseph Guislain, who coined the term necrophilia around 1850 to describe the desecration of corpses for sexual gratification by François Bertrand, a soldier in the French army.

This time, however, the term quickly escaped the academy as Bertrand was reviled in the popular press as le Sergent nécrophile or le Vampire de Montparnasse [Cemetery].

The pattern set by Guislain and Krafft-Ebing remained productive throughout the twentieth century. The Dutch psychologist Frits Bernard, for instance, further refined the concept of pedophilia by coining the term ephebophilia in 1950 to describe an adult sexual attraction to mid- to late adolescents.

Modern words crafted from ancient languages are coined to fill a modern need, not to imitate the thought word of the ancients. Neither French, German, nor English preserves the distinction between erotic Eros and the non-erotic Philos, so native speakers of those languages likely feel not great urge to distinguish them either, especially in compound words. And while erato- can function as a prefix, as in eratomania, another modern coinage, I'm not sure how that word could function as the second element of a compound noun. The suffix -phile or -phil, however, had already entered those languages meaning ‘a lover of’, so -philia seemed like a ready solution. Besides, once Guislain or some scholar before him defined -philia to mean sexual attraction/gratification, it was available to his learned colleagues regardless of what long dead Greeks or Romans might have thought of the coinage.

Not the answer you're looking for? Browse other questions tagged meaning etymology ambiguity idiom-meaning or ask your own question.

16
Is there a semantic difference between "pedophile" and "pederast"?