Can "amateur" be used as a predicative adjective to describe a person ("I am amateur at X")?

In everyday usage, I would use the word amateur like this:

It also sounds right for me to say the following:

(1) (Adjective) I participate in, but am amateur at, rock climbing.

My question is whether the usage above is appropriate. In other words, using "amateur" in the form:

Oxford dictionary gives the example sentence "it's all so amateur!" that seems to have a similar usage.

It uses "amateur" as an adjective modifying "it", so it doesn't seem like too much of a stretch to have "amateur" modify "I". Is that enough evidence to support it being used in the above way?

My understanding of the word and reading of the dictionary examples would say that it's not really correct to say you are "amateur at something". That said, I think the phrase is common enough it won't raise too many eyebrows. Personally, I would say "I'm learning to rock climb", if I'm indicating my skill level as "amateur". Really, the word should be amateurish when describing poor ability and that word has too much negative connotation. I would use "amateur", more typically, to indicate non-professional activities. But you could also talk about hobbies and pastimes.

For your example, if you want to use the word correctly, I would say:

I'm an amateur at rock climbing.

According to Etymonline and other dictionaries, amateur is rooted in a French word meaning lover of (something). In your first example sentence, amateur is used as an adjective along with rock, to modify the noun, climber.

Furthermore, a quick check of the NGrams for common usage of the word, shows that it isn't used as a predicative adjective:

Same result for "I am amateur at":

But is commonly used in the way that has already been explained in the first answer given here (by Lowell Montgomery): 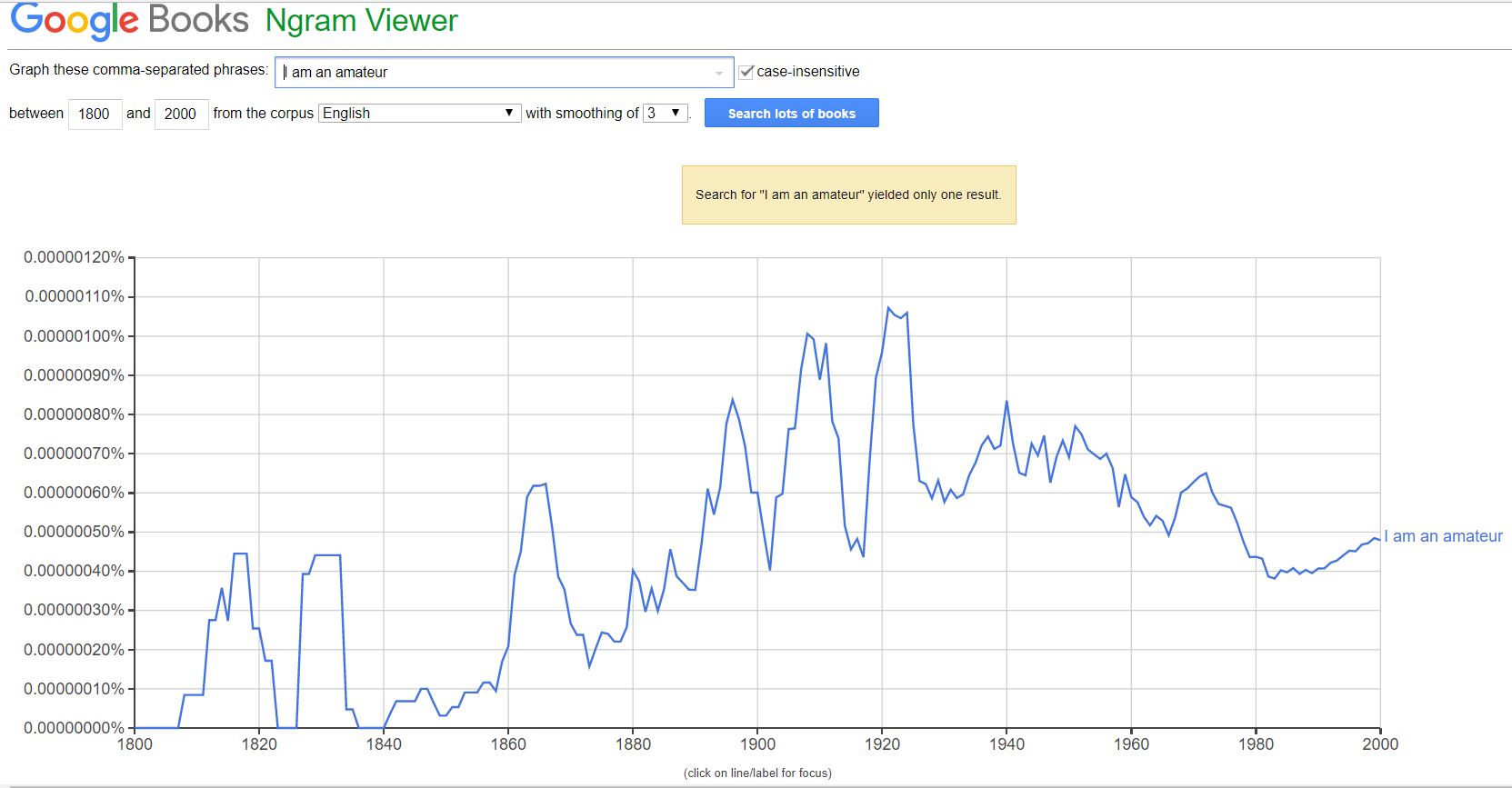 "I am an amateur at" barely registers on the NGram, which suggests it's uncommon and probably not grammatically correct: 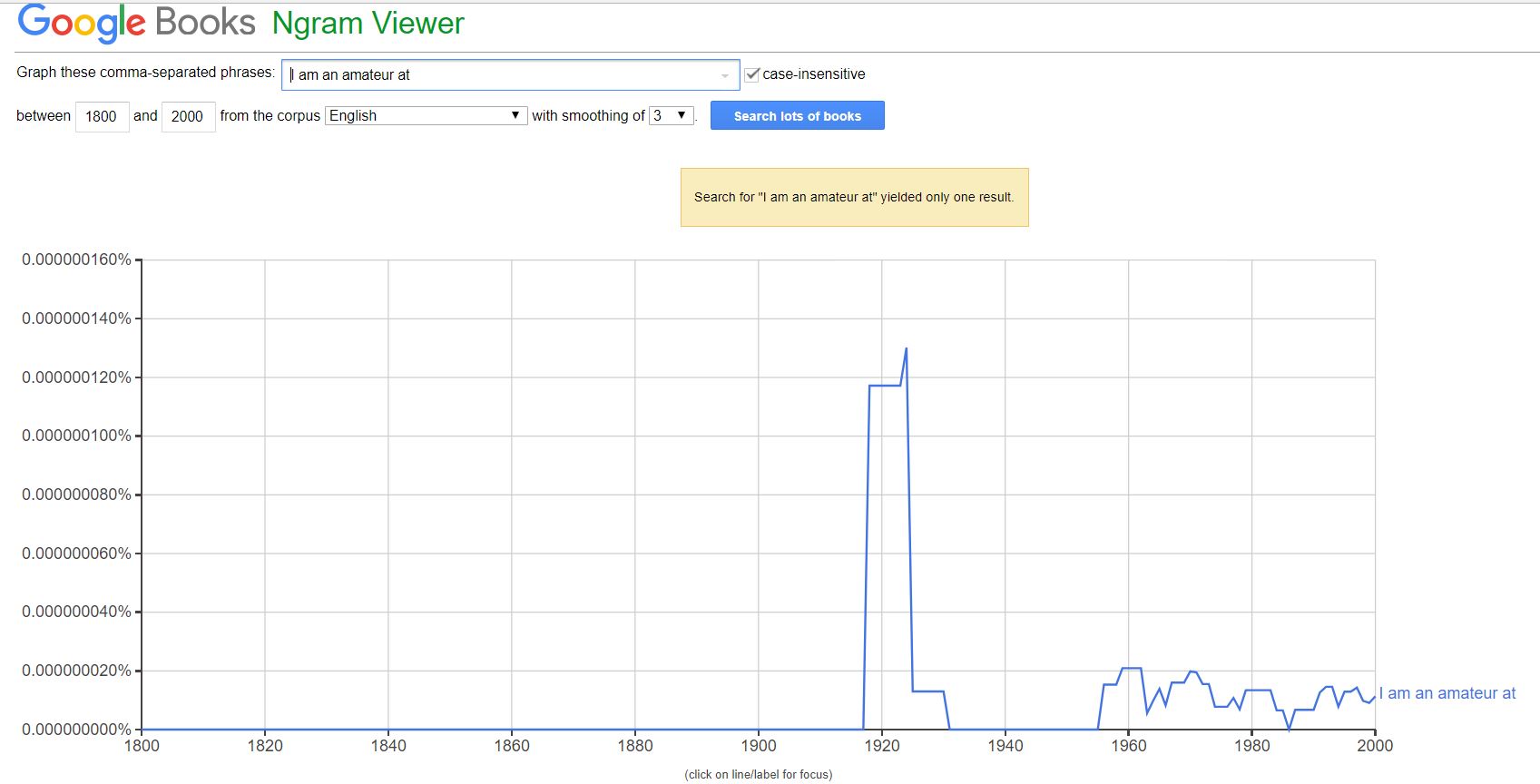 51
Is "evidence" countable?
1
"Martyr To" vs "Martyr For"
0
Using the word "foible", and its interpretation
13
Is "pronunciate" a word?
1
Is it possible for an adjective to modify another adjective?
7
When did "our" stop being used as an adjective (as in "other our dominions", "any our Subjects")?
0
What does the phrase, “lack pretense of fairness” mean?
0
What are the requirements for a word to have an etymology?
4
Usage of staff as a seniority level (“staff engineer”)