Can you tell the truth while saying a false statement

1. lie (intransitive)
To give false information intentionally with intent to deceive.

However, standing by English Oxford Dictionaries' definition, truth is also:

truth
1.2 count noun
A fact or belief that is accepted as true.

To lie (in English), you have to do three things:

In press accounts you'll often see phrasing like ("made a false statement") or ("misleading statement") for things which might be lies, but you're not sure because you don't know whether the person knew they were saying something false, or if they were actually trying to deceive someone.

See Coleman & Kay (1981) for a classic study on how the word lie is understood by American English speakers.

To add something about the phrase tell the truth, My guess is that tell the truth, from a lexical standpoint, is vague or unspecified as to whether the embedded proposition is objectively true (but the speaker has to say something they believe, with no intention to deceive). At the level of pragmatics, there is a strong implicature that it is true, though.

For example, tell the truth by itself comes with the default interpretation that the speaker's belief is correct; but it can be overridden by adding an adjunct phrase starting with as. Some examples from the NOW Corpus. I also add in some examples that suggest that whether tell the truth is felicitous also depends on whether the speaker has told "the whole truth" (e.g., they are not being deceptive through misplaced emphasis):

Semantics is often used as a synonym for lying.

In contrast to the theory of semantic features, the prototype theory is based on the assumption that semantic categories are fuzzy and allow degrees of membership, what means that the applicability of a word to a thing is not a matter of yes or no, but of more or less (Coleman, Kay 1981:27).

The closer something is to its prototype (the ideal representative of a category), the easier it is to classify the referent and to distinguish it from members of other categories (Meyer 2003:116).

The prototype theory assumes different degrees of membership of members of a category, with the prototype at its center and it recognizes the fact that the boundaries of a category are often not clear-cut but fuzzy, so that the referent may be put into different categories, according to context and personal judgment (Meyer 2003:116-117). Furthermore it allows to see connections between the literal meaning and the metaphorical use of a word, which is important because it is often difficult to draw a line between literal and metaphorical meanings (Meyer 2003:117).

Lie is not an object with unique features and it can be interpreted in different ways, according to personal judgment. The applicability of the word lie is not a thing of yes or no, but of more or less. That's why a prototype analysis is more suitable for lie than an analysis with the theory of semantic features.

Words of natural language along with idioms and phrases are used in speech and writing to communicate conscious experiences, such as thoughts, feelings, and intentions. Each meaningful word, considered without any context, is characterized by a set of semantic connotations 1. These connotations are a product of, and correlate with experiences communicated with the use of the word. Stated differently, communicated word semantics are behavioral correlates of experienced semantics. Therefore, the scientific characterization of word semantics can shed light on semantics of human experiences. 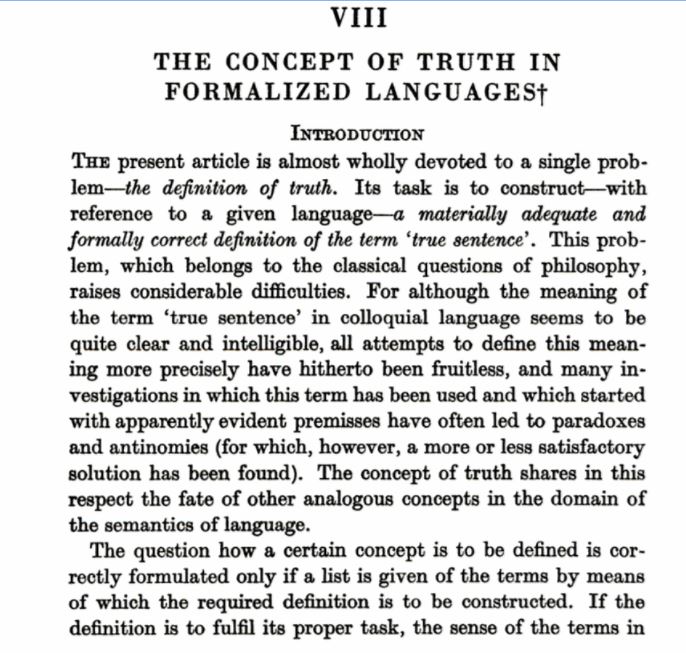 The above is from Logic, Semantics, Metamathematics: Papers from 1923 to 1938, by Alfred Tarski, John Corcoran

So it's all very subjective, depending on which theory you subscribe. As has been pointed out before, the question calls for opinion.

There's an immediate answer and then there is a deeper nuanced answer which mostly end up in the same place.

There is no such thing as unintentional lying, because lying is entirely about intentionally telling a falsehood, which has a pronounced stigma of bad intent about it. If you tell a falsehood but believe it, that's not lying. You're still wrong, but you're not untrustworthy because of that. If you say that someone is lying, it is an accusation of a bad thing, not just a statement of how accurate someone is.

That's just what words mean. To use them otherwise is perverse. If you understand words the way you want them to mean, then that may be easier for your own thinking, but you'll have difficulty in having other people understand you.

'True' is for things that are the case, and 'belief' is something you think is true (and may actually be true or not), and a 'lie' is an intentional non-truth, and these are three distinct things.

Of course, one can always read things metaphorically, and then maybe say that even false statements may have a grain of truth to them, like the quote from Picasso:

We all know that Art is not truth. Art is a lie that makes us realize truth at least the truth that is given us to understand. The artist must know the manner whereby to convince others of the truthfulness of his lies.

This is of course poetry, intentional mind bending, where we're supposed to see in an artificial, hand-made, inaccurate recreation of truth that lies behind the superficialities. A story that is made up but reveals truths.

And then there're are the universal truths which turn out to be myths that are malleable from one culture to another, form one point of view to another. Lots of historical truths are like this.

Also, using words to describe other words is circular. At some point thought has to come into it. And that is problematic because two people can point to the same thing and use the same words for the same thing but think slightly different concepts. It's even more tenuous for things you can't point at like abstract things like 'hope', 'identity', or even something which we all agree on like 'truth'.

This leads to change. Words certainly change how they sound over time, but the same sounds can change meaning over time. For example the word 'awful' used to mean more literally 'full of (or inspiring) awe', but now it just means 'terribly bad'. Meanings change for many reasons such as misuse, new contexts, weakening by overuse.

For example, 'literally' means 'by the letter' or 'verbatim' or 'based on the primary meaning'. But it is often used in a non-standard way for 'very much so' or 'virtually', mostly because the standard way of using it comes in contexts where 'virtually' would fit also.

I think what you are really asking is if there has been any change over the years in the use of the word 'truth', if there has been any change or split in the usage where there is still a standard but also a new non-standard use. I think you are suggesting that people (Americans) are starting to use 'truth' for things that are strongly held beliefs (I am editing what you said because it is a true oxymoron to use 'unintentional lying' because lies are by definition intentional).

There has been lots of talk in the news lately by people who seem to say things that are just not the case but they claim truth. For the record, it is not just lately, and it's not just Americans; politicians and used car salesman have been saying forever 'Believe me, I'm telling you the truth when I say ... ' (something that eventually turns out to be false). Saying 'X is true' can be judged for truth just as much as 'X'.

Let's just say that it is plausible that there has been some semantic drift, but because the meaning of 'truth' is so clear, this drift is not really happening. It is more likely that these handful of people are not sincerely using the words differently, but are intentionally labeling things wrong. That is, they are making a mistake in using 'truth' or just lying.

Side Note 1: Definitions from dictionaries are interesting. There was no god-like person who created definitions for words (except maybe in science and math and that's out of convenience). A dictionary attempts to describe in as few words as possible (that's important) what a word means using other words. Some dictionaries employ scores of linguists who are experts in capturing this meaning well. But the point is that what they try to capture is how other people, on the whole, tend to use a word. The dictionary writing linguists are not trying to tell you that you are supposed to use a word in one way and not another. A good dictionary will say that one meaning is the socially approved or formal or educated use (what we usually call 'correct'). But the dictionary is not an enforcer or It is an authority in the sense that the writers tend to know a lot about how to explain the many nuances of the word accurately. But it's not an authority like police who use punishments to enforce laws (still a cultural source), and it is certainly not an authority on what must be the case, like physical or chemical laws.

So, if a person is lying, the question then becomes: what truth does their lying cover up? Why are they lying?

Advice: see a good headshrinker to figure out why you go round telling lies as in saying that the "sky is blue is true" is a false statement. This call all be written with correct logical notation, but I am not a logician so that is not up to me. Perhaps someone else will oblige.....

Not the answer you're looking for? Browse other questions tagged meaning semantics or ask your own question.

36
“True” is to “false” as “truth” is to… what?
1
Can this statement be called a paradox?
3
What is the semantical meaning of “To tell you the truth”
0
Can anyone explain the meaning of this statement?
1
Anaylsis of Text and Words choice between 'Calumniate vs Asperse vs besmirch'
1
Can anyone tell me the meaning of these sentences?
5
Shakespeare's “say sooth” vs. “tell truth”
0
What is the difference in meaning between the sentences“You can be a singer or a dancer” and “You can either be a singer or a dancer”?