Why is the word 'hash' associated with the '#' character? [duplicate]

The '#' symbol has many names, but hash is the one that confuses me. I know the etymology of the word 'hash', but how did it become associated with that character?

So my understanding is that you want to know how this # symbol came to be given the word "hash".

The word "hash" is derived from the French "hache".

hache, from Old French, past participle of hacher, hachier, to chop up, from hache, axe, of Germanic origin; see hatchet
American Heritage Dictionary

So how does the # sign relate to cutting or chopping up? 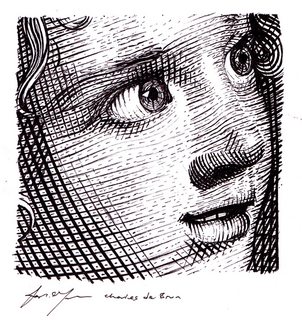 There's a resemblance between this artistic technique and #, that's my guess anyway.

In the United Kingdom and Ireland, it is generally called a hash (probably ultimately from "hatch", referring to cross-hatching, although the exact derivation is disputed).
Origin and Names of Hash Sign, Wikipedia

"cross-hatching" here meaning the art technique I mentioned before.

Furthermore, from a blog:

Several online sources claim that hash came from "hatch", as in the cross hatching artists use when drawing. Except, the only place I find this is in these claims. They cite no additional sources, and I have found no additional sources. I've only seen this as a just-so story presented to fill that vacuum.
Link

And to confuse things, from that same blog, is found this from a google search:

So there's also the possibility that it's so named because the older version used to look like an 'H'.

Furthermore the hash sign Wikipedia article says that the '#' symbol could come from a symbol originally looking like this ℔ meaning some type of pound measure, and that over time:

Ultimately, the symbol was reduced for clarity as an overlay of two horizontal strokes "=" across two slash-like strokes "//".

The original source for this claim is the book: The Ancient Roots of Punctuation

So there you go, many explanations at odds with each other. You really opened a can.

This is hash (of the non-drug kind): 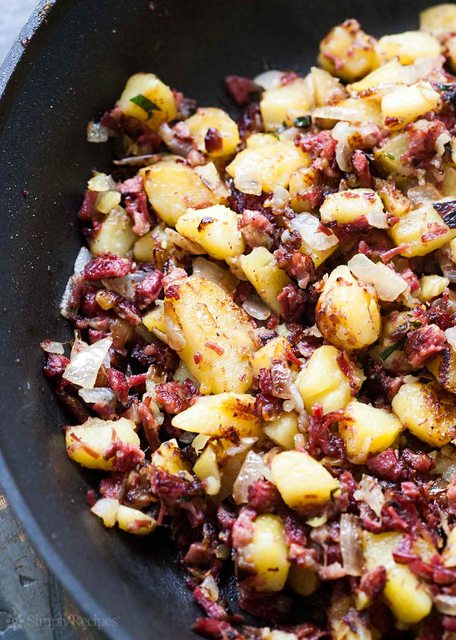 The first step in the preparation of hash is to slice the component meats and vegetables into small cubes, often accomplished by simply slicing one direction, then the other, kind of like this: 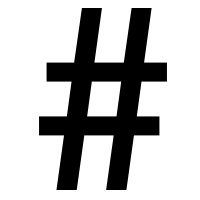 This slicing action (literal or figurative) is often referred to as "making a hash".

This figurative sense can be seen in this quote from 1798:

they were, in reality, nothing but a crude hash of tyranny and licentiousness

But note that the term "hash" or "hash mark" has been used for a century, at least, to refer to stripes on military uniforms, to markings on a sports field, or to the marks on the traditional jailhouse calendar: 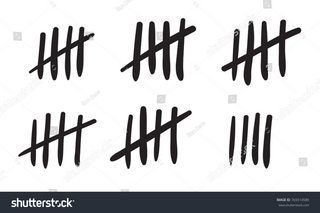 The term may also be used by, e.g, a carpenter to refer to a pencil mark on a board.

37
What is the origin of the word “goodbye”?
61
How did the letter Z come to be associated with sleeping/snoring?
6
Where do we get the word “peanut”?
8
Why is the colour green associated with both growth and illness?
0
If someone is “playing horse with you” why are they either teasing, ridiculing, or perhaps flirting with you?
3
How did “bitching” get associated with talking behind people's backs or complaining?
2
What is the etymology of the term piracy (in respect to intellectual property)
1
How did loophole become associated with law