When a user finishes an order on my website, what's the correct way?

I prefer "Your order is complete"; the "now" doesn't add anything. The second sentence uses a present-tense verb with a past-tense adjective.

Completed in the phrase is completed is used as an adjective, in the same way of warmed in one is warmed by a stove for visitors.

Searching for is completed and is complete in the Corpus of Contemporary American, I get the following data (the chart reports the frequency per million of those phrases). 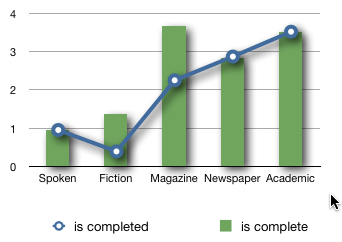 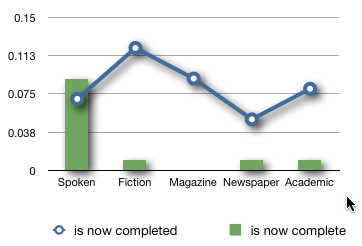 To make a comparison, this is the data I get when searching for was completed, and was complete: 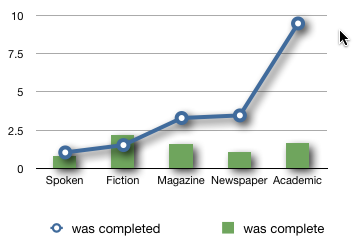 Looking at these charts, I can say that:

The second sentence is absolutely right. It is the Passive Voice. In the first sentence it is the Active Voice. I think it's correct, too. But I like the other version more..

The product will be worked on during a period of two weeks, making it finished, ready, and available at the end of the two-week period.

In the first case, you are allowing for the possibility that work on the product may not start until 10, 11, maybe 12 days after you utter the statement.

Not the answer you're looking for? Browse other questions tagged word-choice verbs or ask your own question.