Is "the" ever pronounced "knee"?

Does the pronunciation of "the" sometimes sound like "knee"?

I have heard someone read it in a sentence sounded like 'knee'. The specific phrase was:

pulling the extra layer of shirt off of her arms

Yes. Surprisingly, perhaps, the word the is sometimes pronounced [ni] "knee". This requires two processes. The first is phonological and relates to the changing to /ði/ when followed by a vowel. The second may be thought of as phonetic, caused by coarticulatory processes. Often /ð/ is pronounced as an approximant. If the preceding consonant is a nasal, then the approximant may become nasalised thus effectively changing ð to a dental [n]. A native speaker will normally not notice this type of change, and will still recognise the word as the.

This kind of pronunciation is very likely in strings like:

But is also possible when the preceding nasal is [m] or [ŋ].

The normal canonical pronunciation of unstressed the is [ðə]. The first sound there is a voiced dental fricative. This sound has two main parts. It has voicing caused by the vibration of the vocal folds (also known as the vocal cords), and also audible friction caused by air becoming turbulent as it is forced between the tongue and the upper incisors (the upper front teeth).

The second sound [ə] is a mid central vowel.

So, with regard to the vowel in the word the, it is indeed often pronounced with the same vowel as the vowel in knee. How about the initial consonant though?

Well, in the description above I noted that in a 'canonical' version of unstressed the, the initial consonant is pronounced as a dental fricative. This, however, is just how we think about this sound in an idealised kind of way. In real life the realisation of this phoneme is very often not actually a fricative at all. It is actually very often realised as an approximant. What this means is that the tongue still makes contact with the teeth but there is no friction involved. The air pressure in the mouth does not increase and there is no audible friction caused by air being forced out of a narrow stricture at high pressure. This is very important for the question here.

Now, when we speak, we have to make all sorts of adjustments so that we can pass smoothly from one sound to the next, or rather from one articulation to the next. In English we often have situations where a /ð/ is preceded by an alveolar consonant. An alveolar consonant is one that is made with the tip of the tongue on the alveolar ridge, that little shelf-like part of your mouth behind your top teeth. So in the phrases all the time and in the end, we see /ð/ preceded by the alveolar consonants /l/ and /n/ respectively. Now, if we were to pronounce this /l/ or this /n/ in its normal position, our tongues would have to suddenly jump from the alveolar ridge to the back of the top teeth to pass from one sound to the next. This acrobatic feat would also be undesirable causing there to be a lag between the /l/ or /n/ and the following /ð/. To get round this problem, we adjust the place that we make the consonant to match the place that we make the th sound. Instead of our tongue touching the alveolar ridge, it touches the back of our top teeth. You will be able to detect the change if you say the following phrases:

In transcriptions we can show that these [l]s and [n]s are made on the teeth by using a little upside down tooth diacritic under the symbol: [ l̪, n̪].

This process is usually described as anticipatory because the /l/ or /n/ adjusts in anticipation of the forthcoming [ð]. However, when we see sequences like /lð/ or /nð/, we often see perseverative assimilation too. So we sometimes see features of the /l/ or /n/ spreading forwards into the following /ð/. In particular, if the underlying /ð/ is produced without audible friction, then the twangy nasal quality of the /n/ may carry through to the /ð/ if the velum remains lowered for the beginning of the word the (the velum is that flap of skin with a punch bag on the end that hangs down at the back of your mouth when you look in the mirror). If the preceding consonant is /l/, then the lateral [l]-like quality will spread to the following sound. The underlying [ð], will thereby effectively changed to a dental [n̪] or a dental [l̪] so that it matches the preceding sound exactly. So we often see pronunciations such as the following:

pulling the extra layer of shirt off of her arms

For many speakers the -ing suffix in pulling will be pronounced with an /n/ instead of with the ng sound /ŋ/. In such cases we're very likely to see the following pronunciation matching the in the end example above:

However, what if the speaker uses an impeccable Received Pronunciation [ŋ] "ng" sound instead of an [n]?

Well, that flap of skin, the velum, that hangs down at the back of your throat does a very important job. It rises when we want to force air through our mouths, especially if we need to do so at high pressure. Alternatively, it can lower to direct air through our nasal cavities. If you start making a long [m] sound and then pinch your nose with your hand you will hear the [m] sound stop. This is because nasal sounds like [m, n, ŋ] direct the air out of your nose instead of your mouth. This gives them a metally kind of twangy sound. So for the [ŋ], the "ng" sound at the end of pulling, the velum will be lowered allowing air to leave through the nose.

Now, if the speaker is saying the with an approximant for the initial consonant, then they no longer need to suddenly force the air out through the mouth at high pressure. This means that the velum does not need to move so rapidly (the velum is a lumbering beast when left to its own devices). If the velum is down during the production of the initial consonant, air will continue to flow through the nasal cavity and the approximant will itself become nasalised. In other words it will be overlaid with that characteristic metally twang. So again, we have the tongue on the back of the upper teeth for the beginning of the first consonant in the, and again it is nasalised. In other words it will have transformed into a dental [n̪]. Most native speakers will not even notice this and will automatically process the word as the without even thinking about it. But to an uninitiated but observant non-native speaker, this may appear quite odd:

Yes. As a rule of thumb this often happens when 'the' is followed by words beginning with short vowel sounds (ă, ĕ, ĭ, ŏ, ŭ).

The unidentified monster under the bed.

I think the was the first word I ever learned to read, probably. Webster's (1959), gave the pronunciation as:

before vowels, thi [short i vowel sound, as in it] . 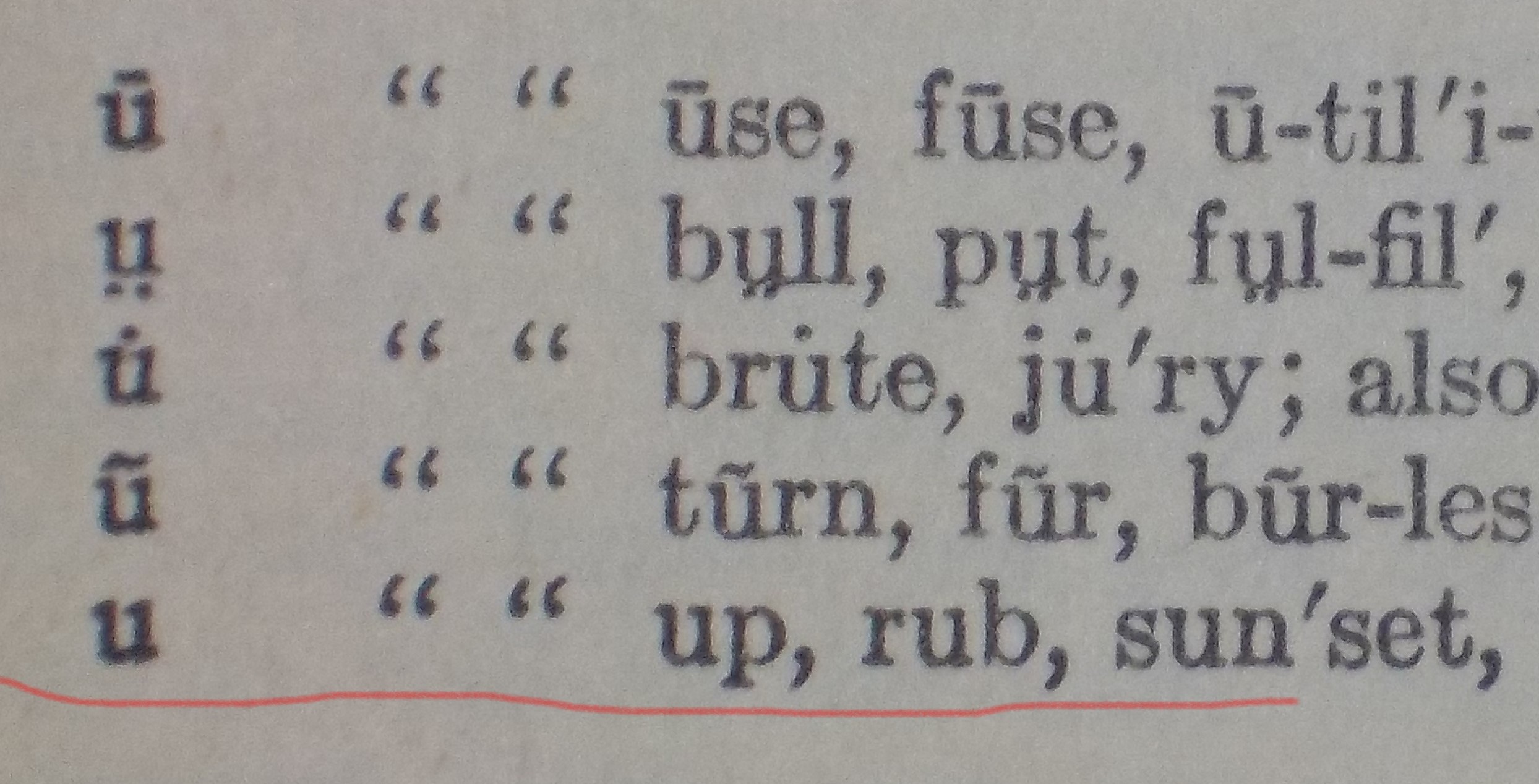 Webster's (1959 unabridged, New 20th Century, 2nd edition) did not include thee [long e vowel sound] , as an option -- although I personally pronounce it that way occasionally. Example: