If X is positively correlated with Y, how do I write that down?

So I'm in the field of neural implants and it often happens that I wish to write down that responses increase when the stimulus level is increased.

Now what I basically would say in Dutch, my native language, and translated to English is:

The amplitude (size) of the auditory nerve response increases with current level.

Is this correct? Otherwise I have to write something like

The amplitude is positively correlated with current level

which has too much of a statistical undertone in it (distracts from the message and may confuse readers). Or

The amplitude increases when the current level is increased.

Here the sentence is, seemingly, needlessly long and 'increased' is used twice (reads a bit clumsy).

I would say your original sentence is fine.

An alternative way to phrase it would be X increases in line with Y, to emphasise it's a correlation.

To state that 'x increases with y' is acceptable but it would be more informative to describe how 'x increases with y'. For instance and as already noted using the word 'correlation' implies some kind of quantifiable statistical dependence (association, relationship) between x and y. But is that relationship linear? monotonic? proportionate? nonlinear? Many times creating a scatterplot between x and y will be sufficient to visualize and describe the nature of this relationship. For a more technical or quantified description of the relationship, different correlation (dependence) metrics can tease out each one of those terms with an eye for describing and identifying the nature of the association.

The most commonly understood (and employed) measure of association is the Pearson correlation which, strictly speaking, measures linear association between x and y. https://en.wikipedia.org/wiki/Pearson_correlation_coefficient 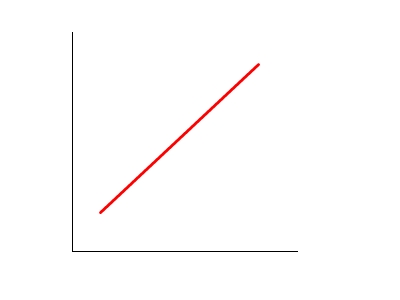 Monotonic relationships can be quantified with a Spearman correlation which can describe both linear and nonlinear dependence. Spearman correlations assume that the variables being correlated are ordinally scaled. Ordinal scaling is a reference to rank ordering of variables, e.g., consider the amplitude, x, of neural implants, e.g., just making up some numbers, 1.5, 6, 15, 50, etc., rank amplitude from low to high and transforming the actual values into an integer value (1, 2, 3, 4, etc.). The sme thing is done for y. The distinction between Spearman and Pearson correlation is that ranks contain less information than the actual values as this simple example demonstrates. The distances between the actual values of amplitude (e.g., from 1.5 to 6 transformed into 1 to 2) are lost after rank ordering. https://en.wikipedia.org/wiki/Spearman%27s_rank_correlation_coefficient 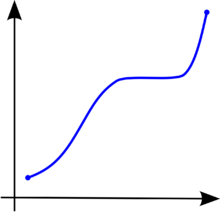 Proportionate dependence is a reference to the classic S-shaped curve relationships that are ubiquitous in nature as well as human behavior. For instance the doubling of cells in mitotic cell division is one example of exponential growth which eventually describes an S-shaped curve. Assuming x and y both have positive values, you can test for this relationship by transforming both x and y using a natural log function. This converts their relationship into relative or percentage terms. If the relationship is proportionate then y increases proportionately with increases in x. https://en.wikipedia.org/wiki/Sigmoid_function 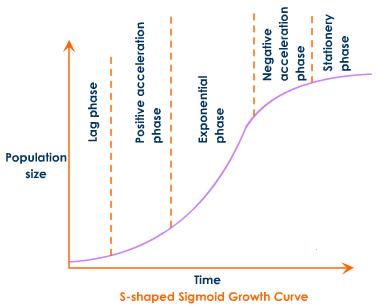 Metrics of nonlinear dependence beyond monotonic or proportionate require more technically complex and rigorous description and estimation. Their discussion is probably not appropriate for this forum beyond noting that if the 3 metrics described up to this point fail to identify significant association this does not mean that there is no association, it may simply mean that the relationship is highly nonlinear and not captured by these simpler measures.

In terms of choosing between the possible shapes of the relationship, sometimes the scatterplots can be all the information that's needed to make this determination. Otherwise choose the metric with the greatest magnitude or strength of association. So, if the Pearson correlation returns a value that is the largest of the 3 metrics, then you can state that 'x increases linearly with y'.

Not the answer you're looking for? Browse other questions tagged word-choice syntactic-analysis or ask your own question.

0
Can I say “I am positively sure”
0
Word for “people with write-access”
0
Does one “Write” with a Computer?
0
A sentence that starts with “that”
0
“jotted down” or “written down”
0
How best to write this sentence?
0
I need to write it in resume/appraisal but don't know how to express it
1
Therefore, once again, household guns correlate positively with additional shootings
0
How should I correctly write this question?