I would like to know the meaning of this sentence

"Is this the Golden Gate?"
"Yes."
"I had an etching right there of the Capitol before it was finished."
"Took 85 years to complete it."
"How long did it take to complete the bridge?"
"Uh, about four years. It opened a few months after FDR's second inaugural."
House of Cards Season 2 Episode 10 (transcript)

What I confused is this sentence. "I had an etching right there of the Capitol before it was finished." What is the meaning of this sentence? And does the Capitol took 85 years to be completed?

I will be very grateful if someone explains it to me. Thank you.

"I had an etching right there of the Capitol before it was finished."

In the place indicated (presumably where the picture of the bridge now hangs) there was previously a picture, produced by etching, of the United States Capitol while it was under construction.

I can't find such an etching, but it may have looked similar to this daguerrotype: 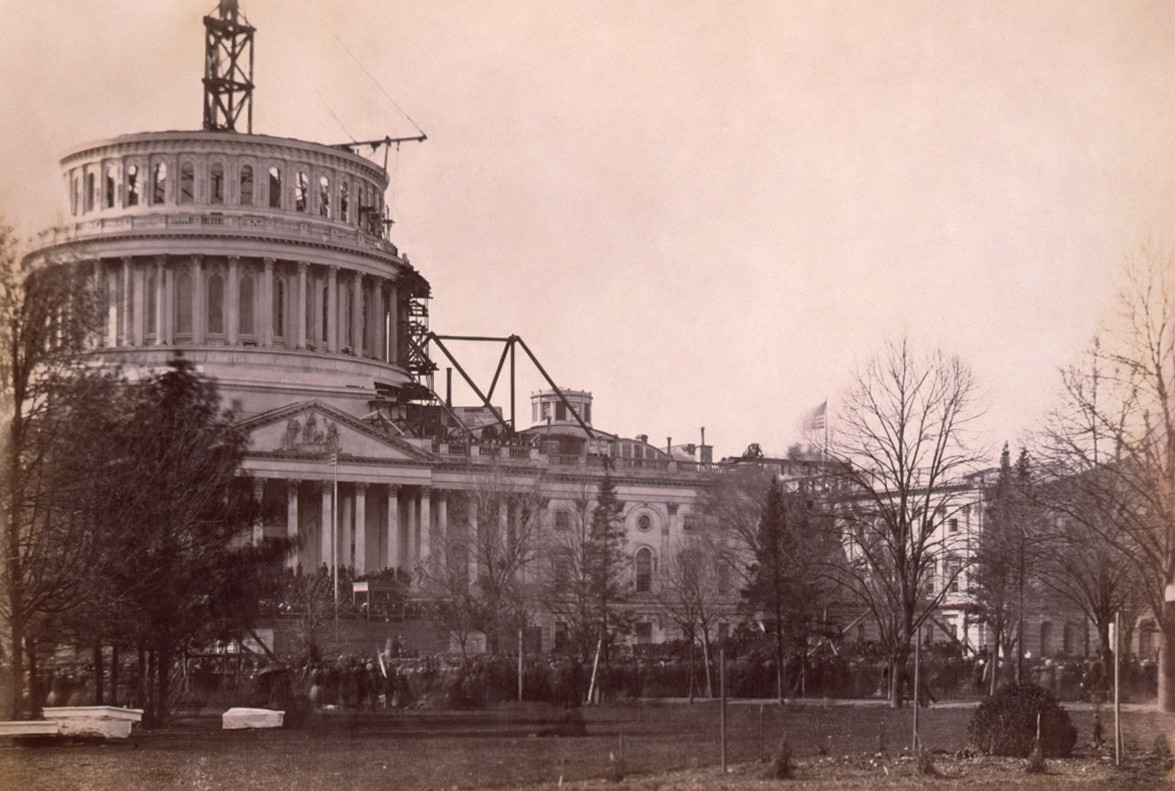 I can't find any sense in which it's correct to say that the US Capitol took 85 years to build. From the initial planning to the completion of the current dome was about 70 years.