Who or what was a "dissenting minister" in the 19th century?

I was going through Ghostly Tales: An Audible Christmas Gift, and a story in there (written by Amelia B. Edwards, 'Was it an Illusion?') used a phrase which was unknown to me. The passage reads (copied from the previous link):

Up to this moment I had not met a living soul of whom to ask my way; it was, therefore, with no little sense of relief that I saw a man emerging from the fog and coming along the path. As we neared each other-I advancing rapidly; he slowly-I observed that he dragged the left foot, limping as he walked. It was, however, so dark and so misty, that not till we were within half a dozen yards of each other could I see that he wore a dark suit and an Anglican felt hat, and looked something like a dissenting minister.

I have highlighted the phrase in question in the above quote. It is one I have never heard before, and I was unsure as to its meaning. Given the period of the author and the writings, the events take place in the mid-19th century.

One potential understanding of this reference is to the English Dissenters who struck out from the Anglican Church and often varied their clothes to highlight their non-belonging. A more modern interpretation would be of a dissenting Cabinet minister, but this clearly does not work due to the period in question. Furthermore, Google Books returns two other results for this phrase, one from Patrick O'Brian:

...while her servant, a tall man in a black coat who looked like a dissenting minister and who expected other servants to call him Mr Briggs, had been employed by a race-horse owner and was very well acquainted with the subject.

And another from Charles Cowden Clarke:

My first suspicion of his being at Ramsgate had arisen from my mother observing that she had heard an elderly gentleman in the public library, who looked like a Dissenting minister, talking as she never heard man talk.

Both of these novels seem to be set in a similar time period.

Hence, this would suggest that the implication is to a Anglican Dissenter. However, I have not been able to find a uniform description of what a Dissenter would look like, and one of the good writings guidelines (I thought phrased by Orwell but surely understood before that time?) was that an idiom is only useful if the reader knows what is meant by it -- and nowhere that I have looked (the above pages) does it say what a Dissenter looks like or what is meant by this phrase (in the characterisation of a person).

So, can someone expand on what this phrase means (how does a Dissenting minister look?) and what is the mental image it is meant to conjure?

I would guess the author is describing the dress of the person. I Googled for images using "dissenting minister" and found results like this one: 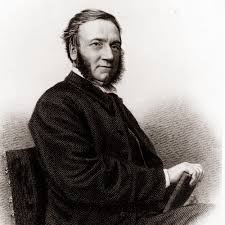 Not the answer you're looking for? Browse other questions tagged phrases british-english phrase-meaning or ask your own question.

8
Meaning and origin of "Get someone's shirt out"
8
Somebody is gonna kiss the donkey
6
19th century American English "slang"?
1
What is the meaning of the phrase "going from betting on the river to drawing dead"?
1
Is/was "hold the cheese" a widely used expression?
0
"The 1800s" versus "the 19th century"?
1
What or who does 'the rick-thatcher' refer to in Middlemarch by George Eliot?