Should I read stage directions when reading from a play? [closed]

I will be doing an oral presentation on a play next week. I am not sure if I should read the adjectives in this sentence, because it is followed by a quotation mark.

Ah no! young blade! That was a trifle short!

You might have said at least a hundred things

Aggressive: 'Sir, if I had such a nose 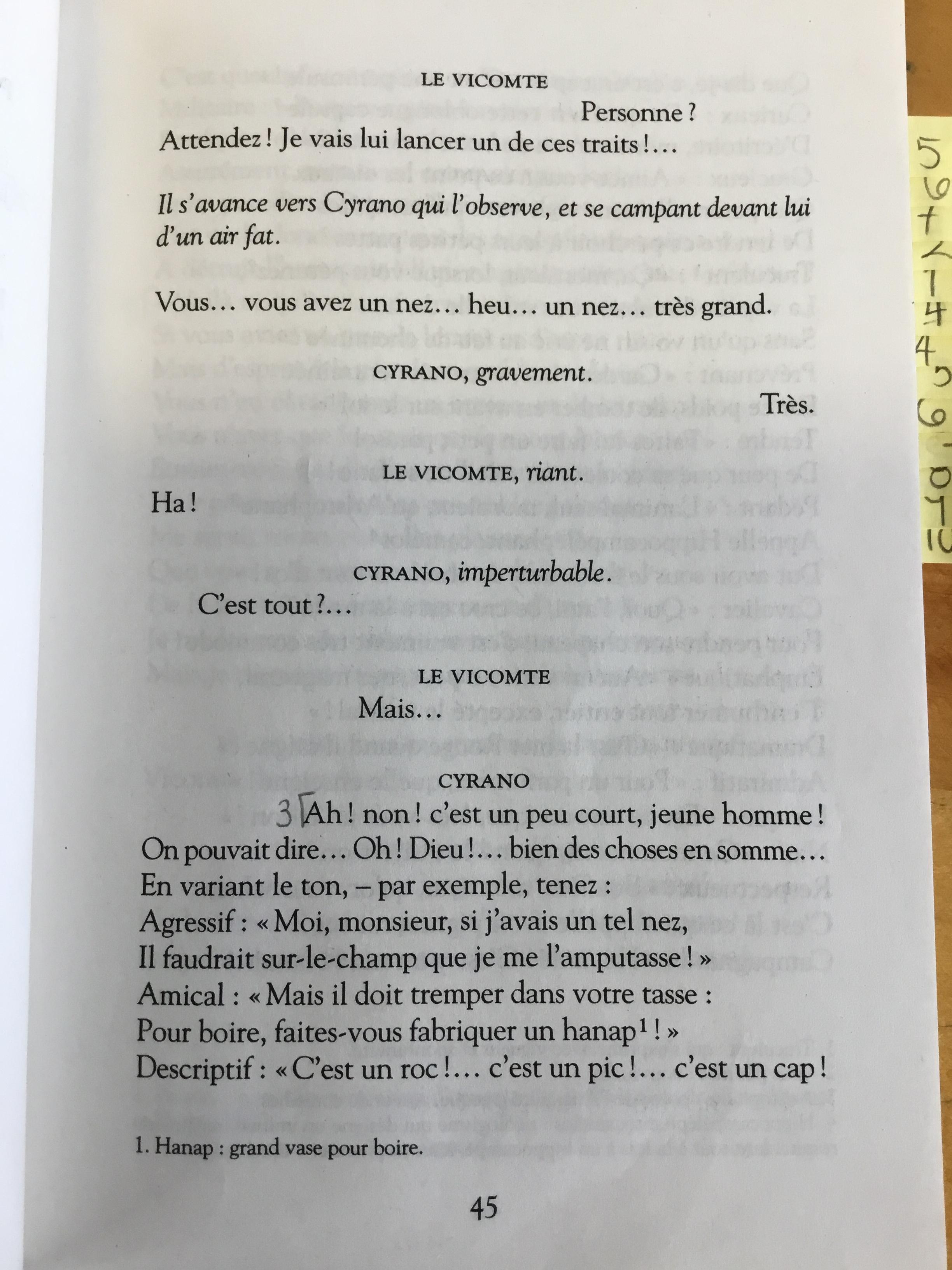 The image is a page from Cyrano de Bergerac, a french play.

The word should be agressive, not agressif (which is the French for agressive.) And you're supposed to read it. The lines won't scan otherwise.

From an online excerpt of a different translation of the play:

Ah no! young blade! That was a trifle short!
You might have said at least a hundred things
By varying the tone ... like this, suppose, ...
Aggressive: 'Sir, if I had such a nose
I'd amputate it!' Friendly: 'When you sup
It must annoy you, dipping in your cup;
You need a drinking-bowl of special shape!'
Descriptive: ''Tis a rock! ... a peak! ... a cape!
—A cape, forsooth! 'Tis a peninsular!'
Curious: 'How serves that oblong capsular?
For scissor-sheath? Or pot to hold your ink?'
Gracious: 'You love the little birds, I think?
I see you've managed with a fond research
To find their tiny claws a roomy perch!'
...

In this other translation, the lines won't scan if you don't read the adjectives.

The French is in alexandrine verse, and similarly won't scan if you don't read the adjectives.

Not the answer you're looking for? Browse other questions tagged literature reading or ask your own question.

2
“Reading from” or “reading on”?
2
Why is there a “there” when Dickens say “After that there gallop from Temple Bar”?
1
How should I understand these lines from As You Like It?