What word do you use to refer to a “paper” given by a store as credit?

What I mean is this. I was in Brazil recently and I purchased a product there. Arriving at the hotel I did not like the product and returned it the next day. The store did not offer refunds. Instead they gave me a small paper with the store logo saying I have X amount as a credit if I want to buy something in the future.

In brazil this is called "vale".

Is there such thing in the US or other english based country? How do you call that?

A credit note is a piece of paper that a shop gives you when you return goods that you have bought from it. It states that you are entitled to take goods of the same value without paying for them.

Which seems to match the description given by the OP.

The dictionary says that the term is British English so it may not be used in the US, if that's the case I would be surprised that there is no American equivalent.

As suggested by Janus Bahs Jaquet and endorsed by Dan Bron it seems that a credit note is called a voucher in the US. In the UK the word voucher is used for things like gift vouchers or discount vouchers but voucher is only used on its own when referring to one of those. I knew there had to be a US term for credit note.

It seems as if you already found an answer, but if you are in the U.S.A. you might be better off using:

noun [ C ] • us uk credit note
A piece of paper given by a shop when you return something you do not want, that allows you to buy other goods of the same value. [— The Cambridge Advanced Learner's Dictionary & Thesaurus.]

There are actually a other reasons people might take store sredit. One reason is that stores which purchase used goods might pay more in store credit might give higher values in store credit than cash, so that the actual money owed may stay in their pockets, and to incentivize the customer to return on another occasion. Gamestop makes such an offer when you use their Trade Offers And Values program

PowerUp Rewards Pro 10% extra in-store credit applies only when trading games and accessories. It does not apply to the trade of systems or consumer electronics. [—Gamestop's Terms and Conditions]

However, as most people would rather have cash that they could spend elsewhere if needed, most of the time, and most of the time store credit is given by stores as an alternative to refunds, because they would rather keep the money. Many jurisdictions have consumer protection laws which require them to make the store's preferred policy clear. The Complete Small Claims Handbook for New York State: Know the Process, Win Your Case by Thomas D. and Daniel A. Giodano (©2011) provides the following sample of usage:

Then the consumer has what-ever rights the policy bestows, or where no policy is conspicuously posted, the right to receive a cash refund or store credit, at her option, if the return is made within thirty days of purchase.

Some jurisdictions even requires signs. Although there are many refined signs which stipulate all of the store's return policies, a rather plain and commonplace example are signs that bluntly read "No Cash Refunds Exchange Or Store Credit Only" such as this sign sold by ComplianceSigns.com:

Sometimes the term appears on retail receipts, and while it is probably too late to change your mind about the terms and conditions of sale by the time you receive it, it does serve as a helpful reminder of what those terms and conditions were. Here is a photographic example of a receipt from a Yelp review of a store named Homegoods, taken by Georgia S. of Summit Utah: 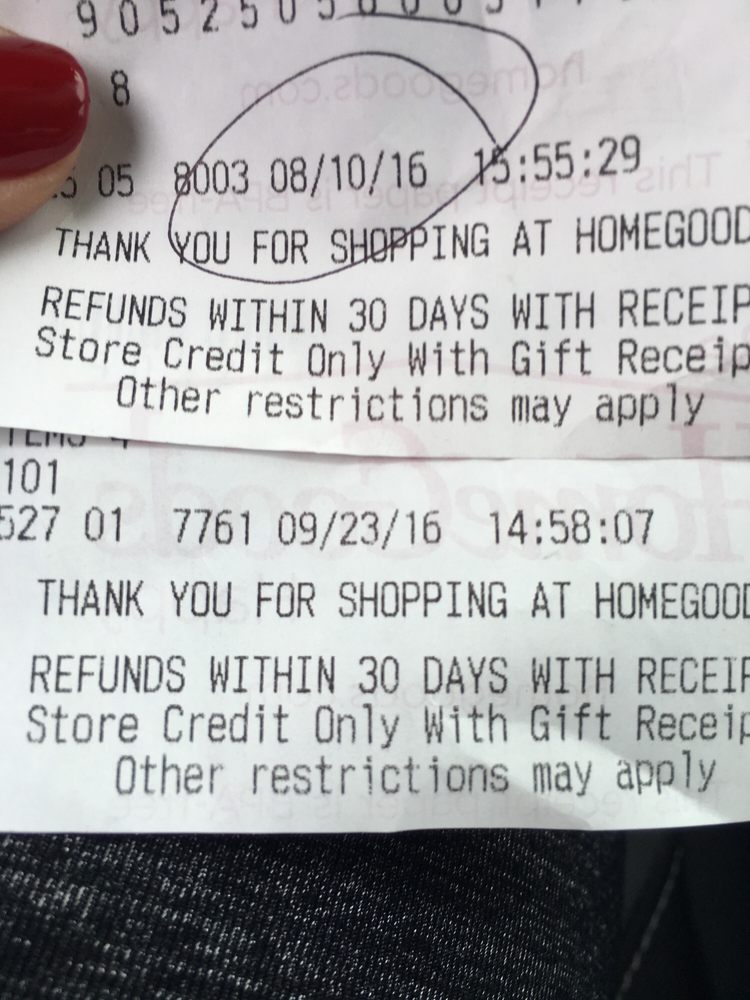 It seems awkard to just end, but think that's about all there is to do, since it is a rather utilitarian term.

2
How to refer to the piece of furniture that bars use to store their drinks?
0
“Reference” vs. “credit” — which word to use when we have to mention sites we referred to?
6
Use of majority to refer to quantity
0
'fraud' can refer to a person, what word can we use for a thing?
0
Word for 'optimal given limitations'
3
Word for a given situation
0
What do you call lectures given by TAs?
0
What do you call the piece of paper given by a parking meter?