Ask Question
Asked 2 years, 1 month ago
Active 2 years ago
Viewed 132 times
0
Closed. This question is opinion-based. It is not currently accepting answers. 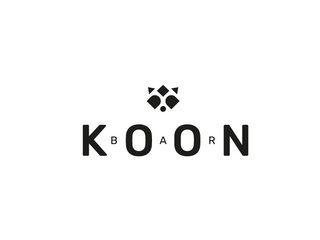 A friend of mine opened a bar named “KOON Bar” in Germany.

The bar is in Kassel and Kassel is often named as raccoon city, because a lot of raccoons live here. So he was looking for a short version paired with the raccoon head as a logo.

So in Germany, only a few people know the meaning it has in the US.

What do you think? Is it offensive to use it that way? It was never intended to be racist and the last 6 months nobody complained. A lot of different ethnical groups visit the bar.

I just wanted to know what people from the US think about it.

Thank you and greetings from Germany.

If you couldn't think of something clever to do with Waschbär and instead opt for English, then you have to deal with the cultural baggage that comes with the word. This can sometimes lead to disastrous — or hilarious — results, such as when the Archdiocese of Luxembourg decided the best way to reach young people was a campaign named "Pimp my church."

On the other hand, the spelling with a k and the quite clever logo with the raccoon head distance the name from a regionally limited racial slur in the United States.

Native speakers of English also must realize that once the English language leaves their shores, it no longer belongs to them. Kassel isn't Birmingham, Alabama, and if Chancellor Merkel can speak of a shitstorm on national television, then a Koon Bar in Kassel shouldn't be a problem.

Not the answer you're looking for? Browse other questions tagged offensive-language names racism or ask your own question.