Origin of the idiom "go south"

What's the origin of the idiom go south? Why is it go south only? Why not go southwest or go east?

I've read a few times go east young man or go west young man, but I am not sure that they formally exist or not.

The use of south as in the phrase go south stems from the 1920s (from the Oxford English Dictionary):

colloq. (orig. Stock Market). Downward or lower in value, price, or quality; in or into a worse condition or position. Esp. in to head (also go) south.

The reason South is correlated with down is because of its use in the standard Western set of cardinal directions: 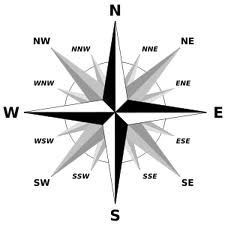 According to the Oxford English Dictionary, the meaning of telling someone to "go west" is not related to the phrase "going south". Instead, it means:

go west, young man: used as an encouragement to seek fortune in the American West; also in extended use. Attributed to Horace Greeley, who, according to Josiah Bushnell Grinnell, gave the latter this advice in September 1851 (see quot. 1891)

The phrase go west on its own also refers figuratively to death (as the sun sets in the West).

There is no similar idiom "go east", unless one is actually telling someone to go in the cardinal direction of east.

The direction "north" has a figurative meaning as well:

Though north and south have related meanings (higher and lower, respectively), they are used in different ways. North is usually used in respect to a give figure or amount. For example,

However, south is usually used as a general figure of speech. For example,

That being said, the two can be used both to refer to figure amounts, although in my experience this usage is rarer:

1986 Financial Times (Nexis) 5 July i. 6 With oil heading south of $10‥the London stock market today stands less than 4 per cent below its highest ever level.

The idiom appears to be of U.S. origin; certainly it doesn't appear in Eric Partridge's U.K.-centric Dictionary of Slang and Unconventional English. The two U.S. reference works I consulted that cover the term express somewhat different views about its origin from those that the OED offers in simchona's citation (and from each other's views). Here's what they say...

From The American Heritage Dictionary of Idioms (1997):

go south Deteriorate or decline, as in The stock market is headed south again. This expression is generally thought to allude to compasses and two-dimensional maps where north is up and south is down. However, among some Native Americans, the term was a euphemism for dying, and possibly this sense led to the present usage. [Slang; first half of the 1900s]

From Chapman and Kipfer, Dictionary of American Slang, Third Edition (1995):

go south (also head south, take a turn south) 1 v phr by 1940s To disappear; fail by or as if by vanishing [examples omitted] 2 v phr by 1925 To abscond with money loot, etc. [examples omitted] 3 v phr underworld by 1950 To cheat, esp to cheat at cards [examples omitted] 4 v phr by 1980s To lessen; diminish [examples omitted] Probably from the notion of disappearing south of the border, to Texas or to the Mexican border, to escape legal pursuit and responsibility; probably reinforced by the widespread Native American belief that the soul after death travels to the south, attested in American Colonial writing fr the middle 1700s; GTT, "Gone to Texas, absconded," is found by 1839[.]

The Chapman and Kipfer discussion, in particular, casts considerable doubt on the OED's notion that "go south" was originally a stock market term. I'm also mystified by the allusion to Douglas Fairbanks in the Elgin Dairy Report sentence from 1920 about farm commodities that are "headed south—in other words, going down." As Wikipedia notes in its page on Douglas Fairbanks, 1920 was the year that Fairbanks's hugely successful film The Mark of Zorro was released:

In The Mark of Zorro, Fairbanks combined his appealing screen persona with the new adventurous costume element. It was a smash success and parlayed the actor into the rank of superstar. For the remainder of his career in silent films he continued to produce and star in ever more elaborate, impressive costume films, such as The Three Musketeers (1921), Douglas Fairbanks as Robin Hood (1922), The Thief of Bagdad (1924), The Black Pirate (1926, the first full-length Technicolor film), and The Gaucho (1927). Fairbanks spared no expense and effort in these films, which established the standard for all future swashbuckling films.

With regard to the sentence from the Elgin Dairy Report (November 13, 1920) cited in the OED and in simchona's answer:

Meat, grains and provisions generally, are like Douglas Fairbanks, headed south—in other words, going down.

whatever the article intended to suggest by saying that Fairbanks had headed south, it could hardly have meant that he was in decline or dying as a motion picture star. Most likely, it was simply a jokey allusion to a now-lost 1918 comedy film that Fairtbanks starred in, titled Headin' South. Citing a contemporaneous review of the film in Exhibitors Herald (March 16, 1918), Wikipedia offers the following plot summary of this film:

[A] forest ranger known only as Headin' South (Fairbanks) goes forth in search of Spanish Joe ([Frank] Campeau), a Mexican responsible for most of the treachery and outlawry along the U.S.-Mexican border. Headin' South gains quite a reputation as he goes along and finally believes himself worthy of joining Joe's band. in a whirlwind finish in which Joe is captured, Headin' South meets one of Joe's near victims ([Katherine] MacDonald) and falls in love with her.

Fairbanks was thus "Headin' South" in the sense that it was his character's name in the movie—although this account doesn't explain why he would have such an unusual name.

Yesterday morning a box containing a luscious ham, a fat turkey, and an assortment of fruit and groceries lay temptingly in a wagon at Center Market belonging to H. C. Young, a farmer of Galen Green, M[arylan]d. When Mr. Young returned to his wagon a little later the box had "gone South."

This example establishes that "gone South" was in use in Washington, D.C., in the slang sense of "disappeared" at least seven years before "headed south" showed up in the Elgin, Illinois, newspaper in the figurative sense of "went down in value."

The loss of manufacturing jobs in New England to new cheaper labor plants that opened from the Carolina to points further south. Especially textiles.

During the late 1800's Bandidos used to come across the border from Mexico to Rob and pillage. And then they would "go south"to return to their lairs. Hence the term "go south" is associated with something bad.

1
Things Went South
0
The usage of "go south"
0
meaning of 'vitals go south'
3
Does "things went south" sound offensive for someone from the Southern United States?