What do you call the following hand gestures? Is there any special terms people use to describe or differentiate the two? For example in a sentence:

I saw a nun with her hands ... standing in front of the alter. (base)

I saw a nun with her hands in a palm praying style standing in front of the alter. (colored image)

both sound stupid, but that is the best guess I can make, and because I don't know the terms, I can't search for it anywhere. so to restate: how do I differentiate the two images below in words? 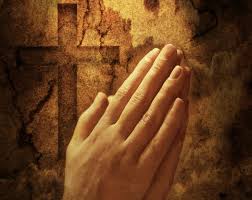 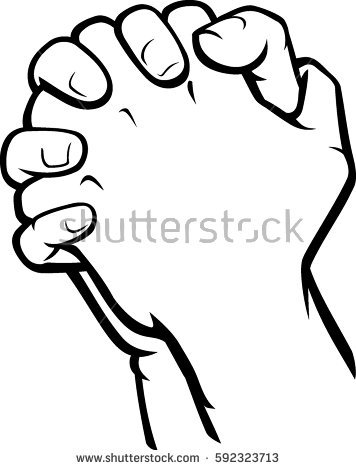 Hands clasped or hands folded work for the one. "Palms pressed together in silent prayer" is probably workable for the second. Having ones fingers steepled makes me think of just the fingers pressed together, like Mr. Burns on the Simpsons when he says, "Excellent!"

Anjali mudra is a "centering pose" which helps to alleviate mental stress and anxiety and is therefore used in achieving focus and coming into a meditative state.

meditative state? with palms pressed together, you can start "shaking arms" so that your hands go up and down. do that for few minutes, and feel the relaxation. this is the base for "trauma releasing" [david berceli], "ecstatic dancing" [bradford keeney] and "quakerism" [watch out for the slave catchers ....]

When a person does this gesture, they are exercising some sort of 'self-restraint'. They are symbolically 'clenching' themselves back and withholding a negative reaction, usually anxiety or frustration.

The higher the person clenches his hands whilst standing, the more negative he is feeling.

This gesture is usually done when a person feels that they are failing to convince the other person or are anxious about what they saying or hearing.

While talking to a person holding this gesture, you should try moving the conversation in a different direction or ask questions so that you can, if not understand, at least break the negative attitude of the person.

with center-facing palms, the anjali mudra is easy to hold.

with back-facing palms, the anjali mudra is hard to hold, and people will interlace their fingers, to force their palms together.

with back-facing palms, a more natural hand gesture would be "palm to back" = "palma ad dorsum", or "grab wrist" with both palms in same direction, or the "roman salute" with palm down, or the "sun salutation" with palms down. also clapping hands should be easier "palm to back", instead of "palm to palm".

2
Term for second hand dealers
21
"At hand" vs "on hand" vs "in hand"
4
the “meat” of one’s hand
3
Is there a more formal term for a "hand-waving explanation"
5
Which is better equivalent for “in stock”? “At hand”, “on hand”, or “in hand”?
4
Any alternative to "on the one hand, on the other hand"
0
Is there a name or term for these types of statements that avoid over-generalizations?
1
on the other side vs on the other hand
0
A word for playing roles with hand puppets
0
"hand off", "hand over" and "take over"