"Eat more fruit(s) and vegetables" Is there a BE and AE difference?

This earlier question Is using “fruits” as the plural of “fruit” acceptable? has a number of answers as to whether fruit can be in the plural form fruits.

The consensus of the answers there seems to be to use the singular fruit in general and use the plural fruits only to describe "different varieties/kinds of fruit".

But I think there's more to it than that.

I'm not sure if fruit in this phrase necessarily denotes different varieties/kinds of fruit. But even if it does, the same phrase shows more hits for the singular fruit in British English.

Of course, the same phrase shows substantially more hits for the plural fruits in American English.

Now, returning to the original Ngram, it seems to me that the more hits for the plural fruits is apparently due to the fact that the gap between the two uses is larger in American English than in British English, regardless of whether fruit in the phrase actually refers to "different varieties/kinds of fruits".

Am I on to something or am I mistaken?

For those AE speakers who say Americans never "say" fruits regardless of the prevalent proof that they "write" fruits, here's some proof saying otherwise:

As you can see they speak American English in both these news reports and they talk about the same research paper.

Now, here's another video addressing the same research paper but "This Morning" is a British channel and they apparently speak British English. And I notice they keep saying "fruit and veggies" never "fruits":

(3) Do We Really Need to Eat 10 Portions of Fruit and Veg a Day? by This Morning

I'm British, and if I ate 3 grapes instead of one apple I'd be eating more fruits but less fruit.

On supermarket packaging a bag of apples sold by number is likely to say 6 fruit without an s (or x6), but this is about the only place you do occasionally see fruits. Using fruits to mean types of fruit is essentially unknown here. What's more common in this sort of advice is to use a word like variety or different in a second sentence. 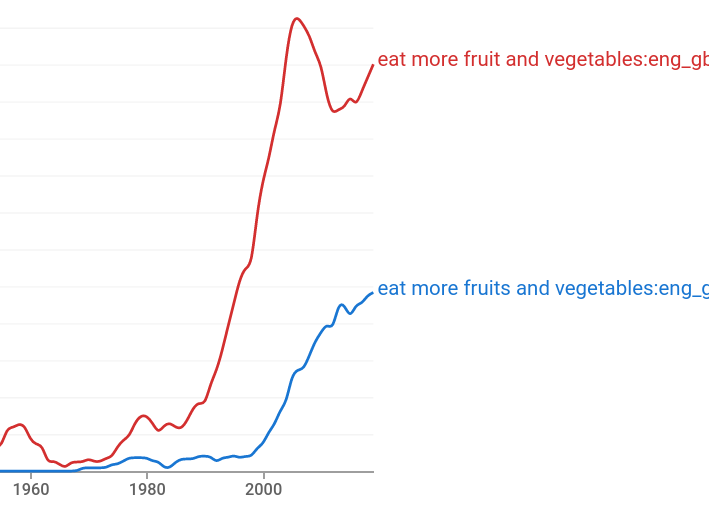 ...where Americans are equally decisively committed to the countable form fruits... 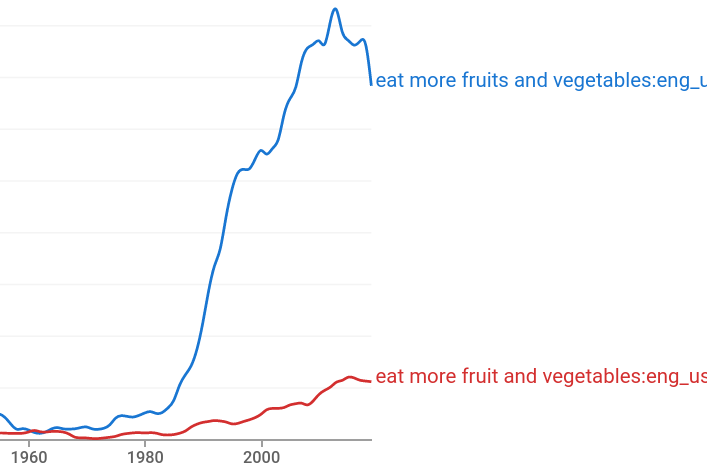 The American version sounds rather peculiar to me (a Brit). But it does have the benefit of consistency, in that it's the same "pluralising" usage as vegetables.

0
Can the word "fruit" be used as an invariant plural as in "the fruit are" and "two fruit"?
56
Is using "fruits" as the plural of "fruit" acceptable?

10
What's the difference between "Yours sincerely" and "Sincerely yours"?
13
Is there a different understanding of "rubber" in British and American English?
0
Should we say less or fewer "fruit and vegetables"?
0
Multiple kinds of non-plural items in a parallel list
9
"jam," "jelly," and "jello" in AmEng vernacular
35
When talking to American clients, should I say "smoothie" or "milkshake"?
2
When can uncountable nouns be countable?
3
Is the phrase "various information" grammatically correct?
11
Is "peckish" less common in American English than other varieties?