What’s the difference in meaning and usage between the two? I feel that overcrowded is redundant, yet it yields more results than crowded on googlengram.

Overcrowded is a stronger word.

Any venue that is overcrowded is always crowded. But not all venues that are crowded are overcrowded.

The bar was crowded, I could barely find a seat.

The bar was overcrowded, this has to be a fire code violation.

The reverse does not work out anywhere near so well. In the later, the over in overcrowded can be thought of as linked to the level of crowd allowed under the fire code.

Indeed the one can even say

"It was crowded, but not overly so"

To highlight that it was not intensely crowded, but perhaps just a little more than comfortable.

Further, overcrowded is almost always used negatively. But on occasion crowded can be used in a positive way. (though perhaps it is unusual, never the less it is more common than overcrowded being used this way).

The rave was crowded, it was really rocking out, and the press of bodies added to the intensity of the room.

The rave was overcrowded, it was really rocking out, and the press of bodies added to the intensity of the room.

The former is more natural.

if a bus displays signage setting out their passenger capacity, eg 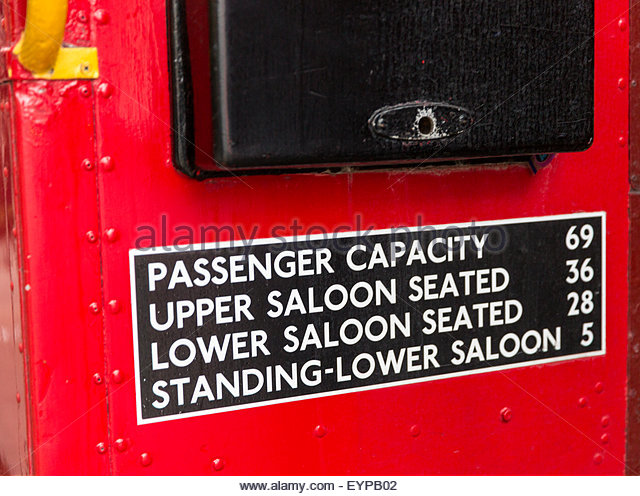 and the bus is full to that capacity, you might describe the bus as 'crowded'. if the number of passengers exceeded that capacity, the bus would be 'overcrowded'. It is full beyond its limits, excessively full.

OVERCROWDED: Filled uncomfortably full or beyond the normal capacity; containing or supplied with too great a number of something.

CROWDED: Filled with or thronged by a crowd.

From which you may see that the distinguishing feature of 'overcrowding' is the idea of being crowded beyond some limit, whether that be a limit of comfort or statute