Is there a single word for the image associated with a movie?

For example, if we look at the image to the left of the preview on this page (the left-hand image below, from IMDB), what is the name of that image? 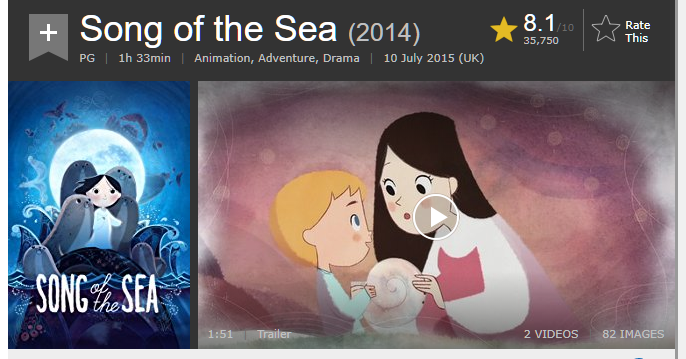 The most usual term for an image like this is a still. This is in contrast to the moving images forming the movie. Some stills are taken on the set and some in separate photographic (as opposed to movie) studios. The idea is to suggest that the still is taken from one of the frames of the movie (a moving image is actually a series of still images presented in rapid succession) though publicity photographs are rarely if ever made in this way.

In the case of an animation the still would either be taken from one animation frame or from a still image produced in the same way as the movie itself. Modern animations are computer graphics but classic animations (think Disney's Snow White) were drawn and painted, one frame at a time by an army of animators.

Are you asking this:

There is a video you can play, but you see only one frame with a triangle "play" icon on it, what is that one frame called?

If so: sometimes that is called the "poster frame" for the video.

5
What is the term for an image created out of words?
3
Single word for cast and crew of a movie
48
What's the single-word for “left or right handed”?
13
A term for a particular makeshift lock (image included)
11
Term for a roof pitch viewed from inside (Image included)
2
What's the name for the pop up logo/introduction image while software loads?
0
Common word for image and video frames
2
Image with multiple axes of symmetry
0
Word for a single picture which can be interpreted in two different ways