What do you call a piece of cloth used to mop the floor?

I'm not a native English speaker, but my wife is. She doesn't know either. I think I've heard people use words "rag" and "rubbish", but I'm not sure how precise and widespread this is. If this matters, I'm interested in the word one would put on a package in a supermarket rather than use in plain everyday speech.

After some trial and error I found this article on Wikipedia: https://en.wikipedia.org/wiki/Floorcloth which suggests "floorcloth". But when I search Google for images, all I find is sorts of carpets, and nothing about cleaning.

Hardware stores in the U.S. sell packages of "new rags." Not surprisingly, they are often named "bag-o-rags" or "box-o-rags." Colloquially, "rag" is what the majority of native English speakers would use to describe a "cloth used to mop the floor".

I'd never use "floorcloth" and wouldn't have thought of it in 1,000 years. When I first read the compound word in your question, "rug" was the first thing that came to mind. A rapid search on the internet confirms this perspective. It's the wrong rabbit to chase.

To my knowledge, there is no formal word for what you're looking for. Colloquially, you will hear:

Therefore, I'm not surprised to find that Proctor and Gamble invented a brand name to take the place of these generally-negative words: Swiffer. The name, like aspirin, kleenex, xerox, and a host of other brand names, has become so commonly used that it is losing its brand status and becoming the defacto way of describing something-with-which-you-mop-the-floor-that-you-don't-want-to-call-a-rag.

However, if you tried to use it in a commercial context, I'd expect P&G to sue you for trademark infringement.

In a commercial context...

would do, especially since the context already exists with paper towels.

You are right an old pice of cloth is called rag

I think this is the description you are looking for. When you google Cuban Mop Cloth you see: 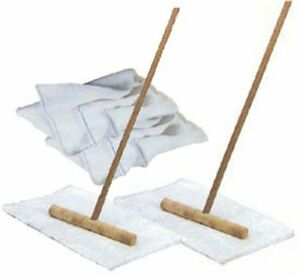 and this is what you were looking for since this is what is used in Israel (where I come from too) I think that would be the word סְמַרטוּט or in more accurate and posh Hebrew סְחָבָה or even מַטלִית which are all shown when entering mop into google translate.

The general term is just mop which can be used as the whole tool but also just as part of it, to be more specific a mop cloth and a mop stick (I presume) are a mop but a mop cloth can also just be called a mop. Since this is confusing there are apparently many brand names which are used instead (e.g. swiffer sweeper) - like mentioned in JBH's answer.

It seems to me, there are many different ways of mopping the floor and some of them are more common in other countries than others - this is a whole topic for perhaps another question I'll try summing it up a little but it really should be done more extensively and probably on a more fitting website.

Some people use this kind of mop cloth (I have seen this a lot in Germany): 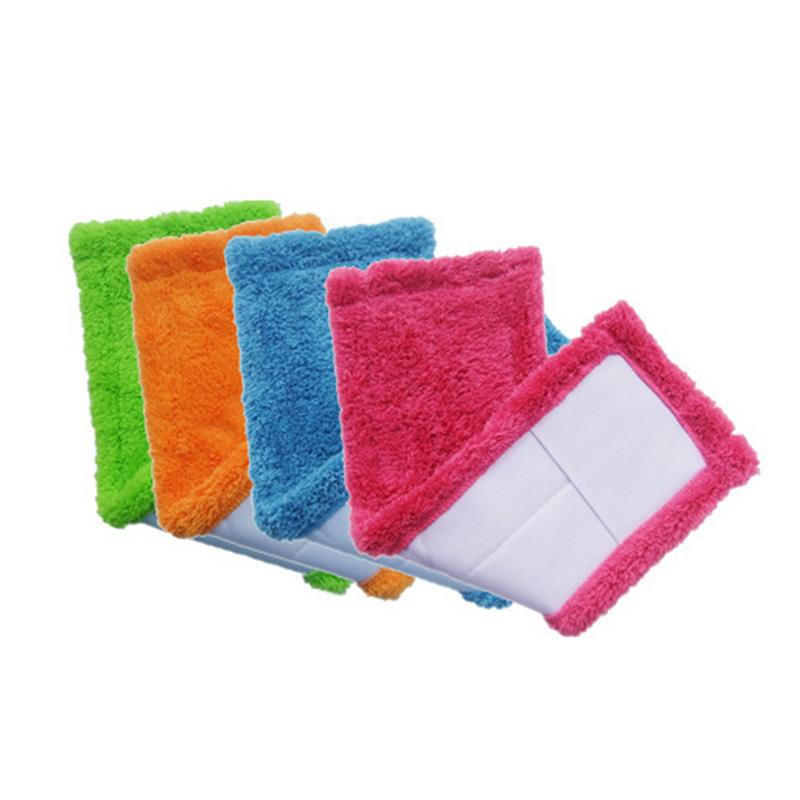 whilst others use this kind: 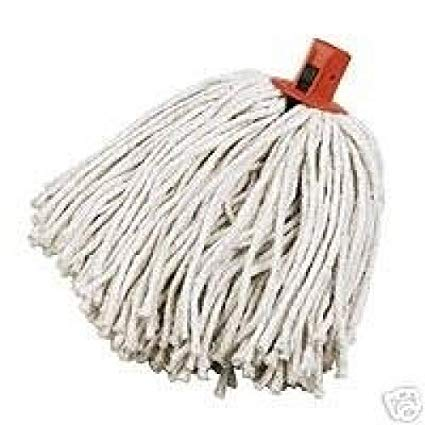 The first has been referred to here as a mop cloth, floor cloth (or floorcloth) or rag(new rag) depending on where you come from this might sound weird, wrong or is just not really in use.

The second has been referred to here as a mop head or a dolly mop(the handle and mop-head together).

Many thanks to all of you who commented all the comments were very useful! especially @ArmthegoodguysinAmerica, @AndrewLeach and @Spagirl

1
A piece of clothes for cleaning something