In certain video games, such as World of Warcraft and Diablo, as well as various card games like Pokemon and Yu-Gi-Oh, you can find a quote at the bottom of an item tooltip or the associated card in a card game. This text is usually surrounded in quotes, printed in italics, and contains witty or lore-expanding information. 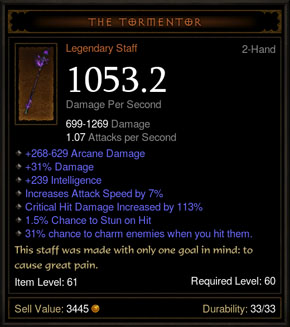 You can also find the Wikipedia page here: https://en.m.wikipedia.org/wiki/Flavor_text which explains it in more detail.

My question is, what is the Etymology of the term "Flavor Text"; where did it come from? Who first used it? Etc.

The Wikipedia article on Flavor text, which is cited in the posted question, attributes the popularization of flavor text to certain 1980s-era toy dossiers:

Flavor text was popularized by the dossiers of 1980s toys, primarily G.I. Joe filecards and Transformers tech-specs, but is now more commonly associated with games such as Magic: The Gathering.

But the article offers no evidence that the term flavor text was in use at that time. It is reasonable enough to apply a new name to a phenomenon that has existed, unnamed, for some time; and in some such cases, instances of the phenomenon may readily be found that antedate the name.

Whether that is the situation here isn't easy to determine. But the earliest Google Books search matches for "flavor text" in the relevant sense are from 1995. From Rich Redman, The Magic: The Gathering Pocket Players Guide (1995) [combined snippets]:

The Hurloon Minotaur doesn't have any special abilities, so the text box is filled with flavor text. Flavor text is written in italics and has nothing to do with actual game play. We just put it in there to let you know more about the history and multiverse of Dominia.

The last bit of text on the card is the description or "flavor text" below the rule. The text relates the card to the overall background of the game. It has no effect on game play but can contain hints to the secrets of Al Amarja.

Interestingly, the 1994 version The Magic: The Gathering Pocket Player's Guide never mentions the term flavor text, although it does use the word flavor twice:

The whole game's flavor could change if a handful of seemingly innocent cards were eliminated, or even made less or more common.

I preferred the idea of a multiverse, a system of worlds that was incredibly large and permitted strange interactions between the universes in it. In this way, we could capture the otherworldly aspects of fantasy that add such flavor to the game while preserving a coherent, playable game structure. Almost any card or concept would fit into a multiverse.

These references to the "flavor" of the game (which appears in the 1995 edition of the player's guide as well) suggest a straightforward explanation for the origin of the term flavor text (assuming that it originated at Wizards of the Coast, the company responsible for creating Magic: The Gathering): flavor text is text introduced to add flavor (that is, aesthetic richness and authenticity, as opposed to functional strategic insight) to the fantasy universe within which the actual card game takes place.

According to their Wikipedia pages, Magic: The Gathering, the game was first published in 1993 and is still going strong, while On the Edge was released a year later and came to an end in 1996. Both are/were collectable card games.

It is entirely possible that the term "flavor text" was in use at one or both game companies before 1995, when it appeared in print in an updated Magic: The Gathering player guide and in the only published On the Edge survival guide. But the concentration of early references to "flavor text" in collectable card games—a third fairly early occurrence is in Brian Brokaw, ‎J. Douglas Arnold & ‎Mark Elies, Pokemon Trading Card Game - Fossil Expansion - Player's Guide (1996)—suggests that the term originated with them and was only afterward applied to the data filecards and packaging blurbs included with 1980s and early 1990s action figures like G.I. Joe, as in this reference in Mark Bellomo, The Ultimate Guide to G.I. Joe 1982-1994: Identification and Price Guide (2009):

Originally retailing at approximately $109.99, the U.S.S. Flagg Aircraft Carrier (hull classification CV-99) is often referenced by toy magazines as the greatest action figure playset ever created (crafted by Hasbro designer Gregory Berndtson), and was “the most powerful and advanced edition to the Mobile Strike Force!” (according to the box's flavor text).

I feel fairly certain that the packaging for Barbie's Dream House in 1962 came emblazoned with similarly child-enthralling blurbs (in this case from Mattel) playing up the dreamy Barbie lifestyle—and yet I haven't found any reference to those sales come-ons as "flavor text." It makes more sense as a historical progression for "flavor text" to have originated in a publishing context as a way to designate a space that needed to be filled on individual cards in a collectable set; and then to have been applied retroactively to filecards, tech-specs, and other dossier-like information included with certain action figures; and then to have been applied to similar ersatz factoids added to the packaging of such toys, where they might influence a consumer's buying decision.