Specifically, what makes “your first next purchase” improper? 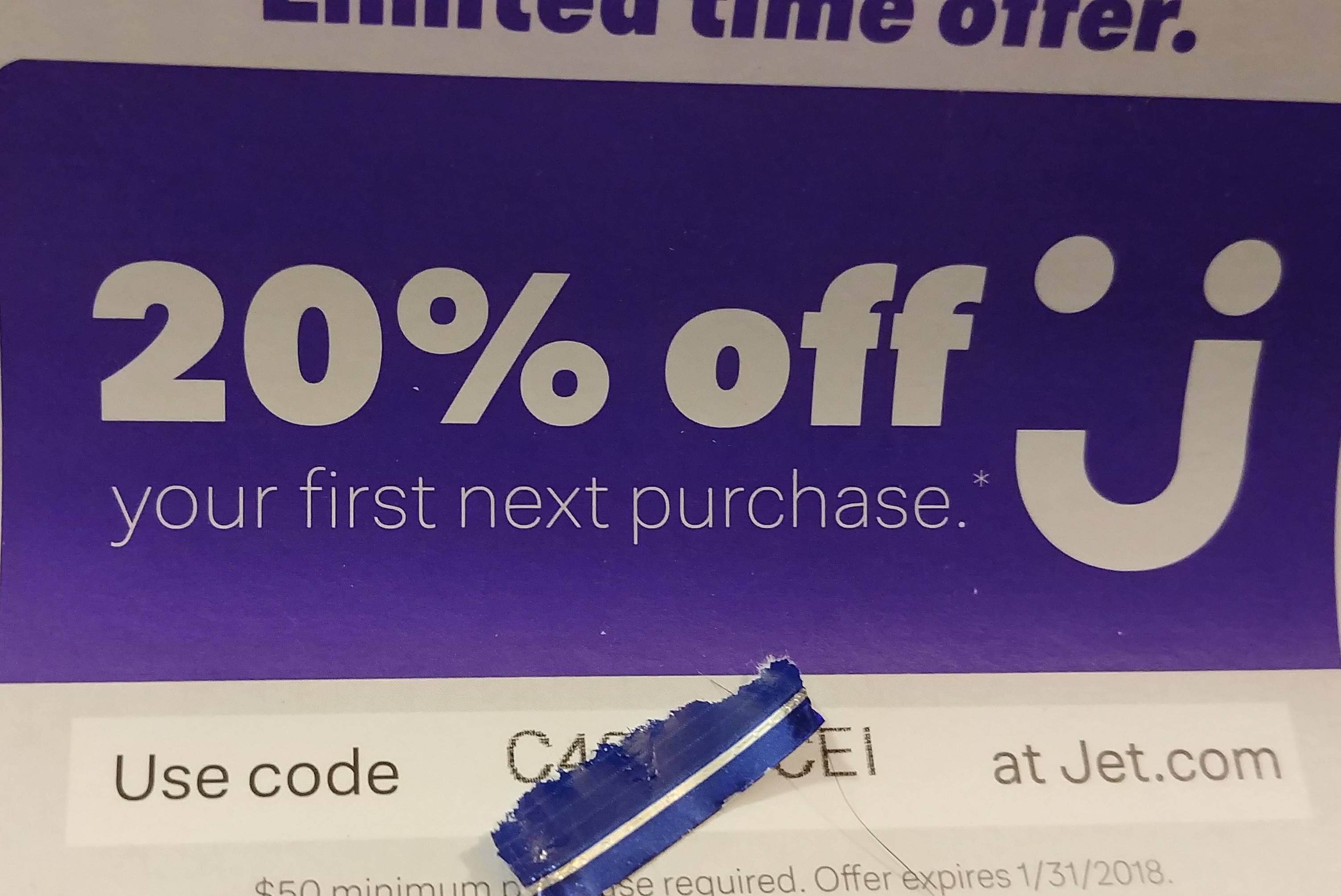 I'm hoping this picture loads. I received a flyer in the mail from a company that i have previously done business with several months back. I assume that, in an attempt to bring me back, they sent me this promotion code for 20% off. The problem lies in the way they presented this 20% off deal. They promise "20% off my next first purchase" with the use of the provided code. Next first? I know that this is not correct, but other than it being plain wrong I can't find the best way to articulate exactly how or why it's incorrect. Help?

To try to make sense of this, we might have to look at the context, with the heuristic question: what problem is is this supposed to solve?

For the context, coupons are are double-edged sword, because if they are ambiguously worded, customers might use and abuse them in ways the company had not expected -- leading to financial losses or even litigations ending in court (especially in the US). These little pieces of paper must therefore be explicit in their wording.

But this can be overdone: making things more explicit (by adding more words) can be detrimental to clarity.

The anomaly that attracted our attention is that one word appears redundant to us.

Question: Which word was likely added (as an afterthought)? 'First' or 'next'?

So let's try to figure out which was the original one:

20% percent off your first purchase.

That should be ruled out, because it doesn't make sense, based on the following: assumption: "in an attempt to bring me back, they sent me this promotion code for 20% off." The first purchase had already occurred!

20% percent off your next purchase.

Now, that makes more sense. I would say "first" is the additional passenger.

So, the question becomes: what abuse is the word "first" supposed to solve in the following sentence?

20% off your first next purchase.

The one thing that I can think of, is that there might be (in the minds of writer of that message) a "second next purchase" after the "first next purchase", etc. Or even a third, a fourth, etc.

So here is my guess: They don't want the customer to use the same coupon more than once.

The only way to know for sure would be, of course, to ask their customer service... which probably (or hopefully) already has a scripted answer.

A third question would be: how should they have worded this coupon? I agree with the suggestion by @flatter that it would have been better to write:

This one-time coupon grants 20% off your next purchase.

If the wording used on this flyer were by a native English speaker of any competence then my opinion is that (without being charitable) this is an attempt to benefit their business. There is no doubt it is equivocal language it may be at attempt to gain more purchases by customers who interpret the wording in one of the two possible interpretations possible. That is, the word "next" is ambiguous, given that you've already made a purchase.

If you've already made a purchase then the "next first purchase" may mean you will get the discount on the very next item you buy. However "next first" purchase may mean the second purchase you make, ie., you need to buy two more to get 20% off the second one.

Given that a purchase has already been made by you, this can be read as nothing else but an ambiguous offer.

Being charitable, or giving them the benefit of the doubt that it was an innocent error, you'd have to assume either they don't understand the nuances of English, or they were careless when drafting the wording of the offer.

0
Does “was sent flying off the horse” imply bumping?
0
“A first post” — makes sense or not?
3
What do you call someone who makes decisions?
17
What is someone called who makes and sells sandwiches?
1
Word for the next generation that you treat like your siblings
3
What is someone who makes a testimonial called?
1
What do you call a painting that was created specifically on order from a client?
0
Saying “tomorrow” vs saying the actual day of the week that tomorrow is