One of the meanings of the word "lifesaver" is swim ring. English is not my first language, so I'm trying to understand how closely related these two phrases are?

For example, if I say "lifesaver" to a native English speaker, is this the first thing that comes to mind? 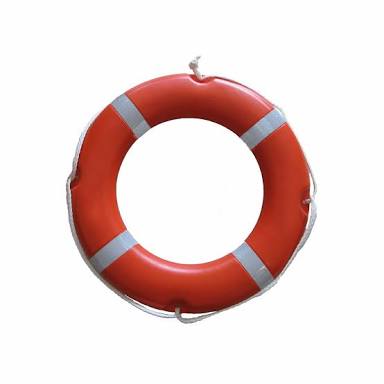 Going by the dictionary, it depends on how you interpret it.

Depending on how you interpret it, the OED arguably lists it.

The first definition is very vague, intended to describe figurative lifesavers, but I think you can argue that it doesn't necessarily exclude literal lifesavers (e.g. a "swim ring").

The same argument can be made for Dictionary.com:

Definition 2 is similar to the vague definition found in the OED.

And Merriam-Webster lists a similarly vague description that could fit the bill:

It does seem to be in active use, regardless of dictionary definitions.

If you forget about the dictionary, "lifesaver" seems well established (when referring to the "swim ring") when I look it up online.

In my opinion, "lifesaver" is correct to use when referring to a "swim ring". Others may disagree due to a lack of dictionary definition.

Are there better synonyms available?

Forgoing the subjective (and neverending) discussion about whether a dictionary definition is required to consider "lifesaver" correct, let me offer some alternatives. Note that while synonyms exist, I haven't yet come across one that I would personally label as better than "lifesaver".

Wikipedia primarily lists it as a lifebuoy. It also offers some synonyms:

Here's another Wikipedia article, referring to it as a personal flotation device.

However, this doesn't just refer to "swim rings", but every type of device that help you stay afloat (e.g. life vests, torpedo buoys)

According to the OED, "lifebuoy" is equally vague, referring to any device that help people stay afloat:

A buoyant support such as a lifebelt for keeping a person afloat in water.

The only ones that come close to exlusively referring to a "swim ring" are lifering and life donut, since both "ring" and "donut" inherently suggest a toroidal shape.

In the US, a "lifesaver" is a person who saves someone's life. Literally or figuratively. (Or as Clare said, a piece of hard candy.)

I think that thing in your picture might be called an "inner tube" or "ring float"... 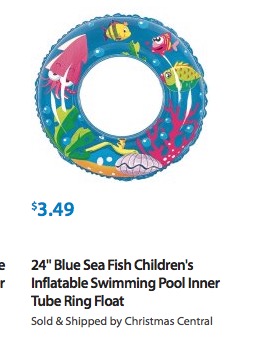 0
What is the most common colloquial name for the lifebuoy?

3
What are the possible words for a task?
1
Influence vs. Effect
0
Likelihood of Change
6
Noun adjuncts, possessive or using "of"
55
Alternative expression for "xyz Nazi"
2
Craze vs Craziness, are they the same?
2
One word for software systems with similar domain of functionality?
17
What is a word like "negate" but even worse?