What is the difference between “turning point” and “tipping point?

I was under impression that “turning point” and “tipping point” are basically saying the same thing in that both words refer to big change of movement, trend and situation allowing no-return. But when I come across the following statement in Washington Post’s (August 21) article that came under the title, “The elite strikes back- getting under Trump’s skin,” I felt like there is a significant difference between two phrases.

The past week has been a turning point, perhaps even a tipping point. Since the President abdicated his moral leadership after Charlottesville, the well-connected have used their leverage to send a message about what truly makes America great.

I checked online Oxford Dictionary. It defines “turning point” as: The point at which a decisive change in a situation occurs, especially one with beneficial results.

And “tipping point” as: The point at which a series of small changes or incidents becomes significant enough to cause a large, more important change.

Is turning point always directed to “beneficial result” as Online Oxford Dictionary defines in contrast the direction or result of “tipping point being neutral or negative?

Both of these terms are figurative usages, so it helps to look at the literal origins of each.

Definition 2 is the figurative use being used by the writer here.

2. fig[urative] A point at which a decisive change of any kind takes place; a critical point, crisis.

The literal origin is in definition 1:

1. lit[eral] A point at which something turns, or changes its direction of motion, etc.; spec. a maximum or minimum point on a graph, where it begins to tend downwards or upwards.

Just as a point where something literally turns doesn't carry either a positive or negative connotation, the figurative use turning point simply means a figurative point where events or consequences turn, which could be for either better or worse.

Oxford Dictionary's reference to "especially one with beneficial results" is not mentioned in OED, but it could be a reflection of usage frequency. The term is often used in phrases with a positive or hopeful connotation.

It was a real turning-point in his career. [This would usually mean a positive change, but it could mean either, depending on context.]

Tipping point is a much more recent term, attested as recently as 1957 by OED, whereas turning point was attested as early as 1836. The definition provided is only a draft edition according to the online edition. In the Washington Post article, as in this definition, the phrase is a figurative reference to the literal meaning, a point at which something physically tips over, marking a decisive change, and possibly a destructive or disruptive one. Imagine a ledge tipping over from weight, or a less destructive analogy: adding weights to a balance, one by one, until it tips in the other direction. 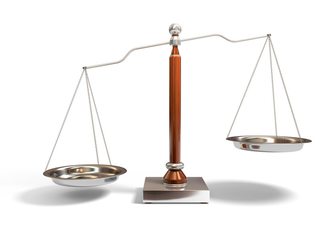 tipping point n. the prevalence of a social phenomenon sufficient to set in motion a process of rapid change; the moment when such a change begins to occur.

This sense doesn't necessarily have a negative connotation, but because it signals a more abrupt and dramatic change, it can have a connotation of disruption.

Not the answer you're looking for? Browse other questions tagged meaning usage or ask your own question.