Why is a large shuriken sometimes called a "glaive"?

I have learnt that the word "glaive" originally meant a sword and became a polearm sometimes later. But in modern day games and fantasy fiction, sometimes it refers to a frisbee-sized shuriken.

What was the origin of this meaning?

Those disc shape always scatter around in Google image along with polearms and sword: 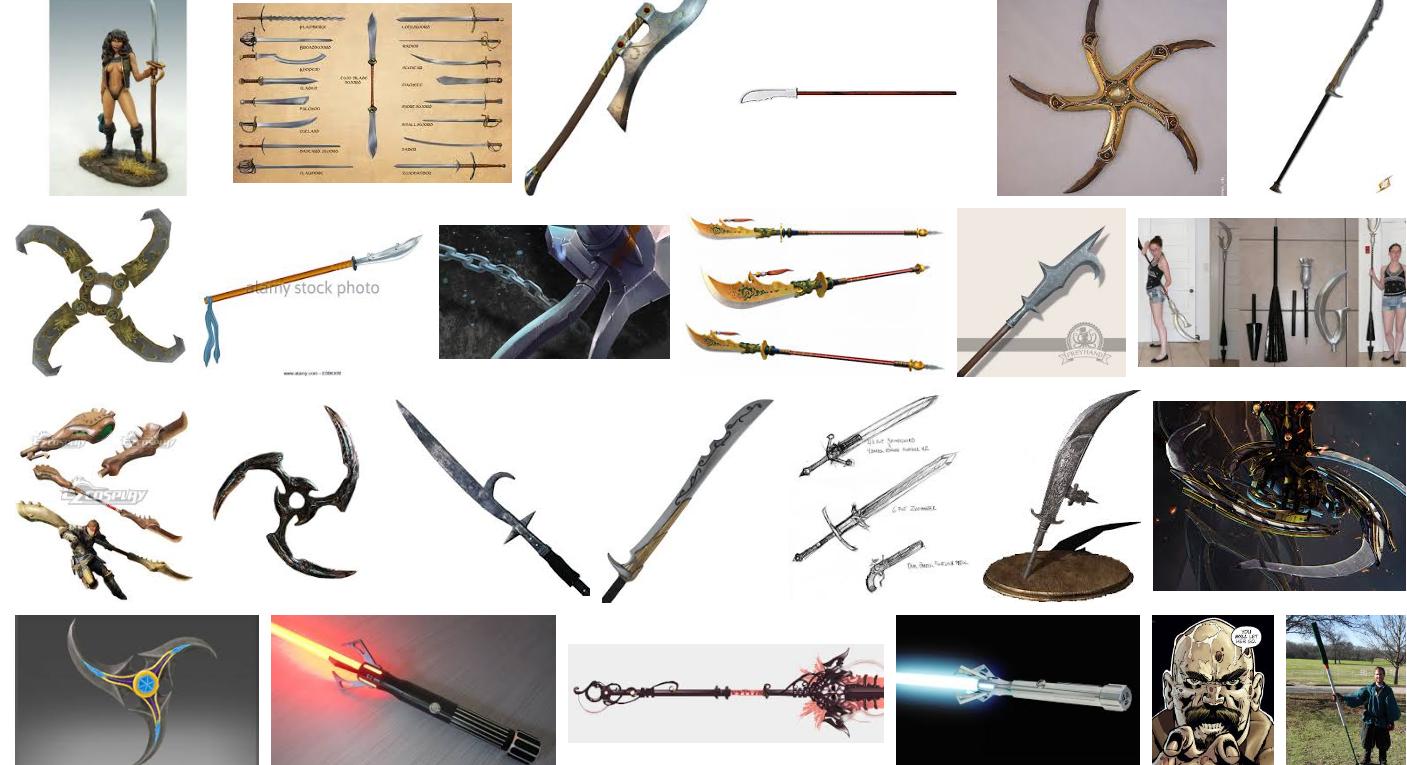 It's almost certainly from the 1983 campy-classic movie Krull: 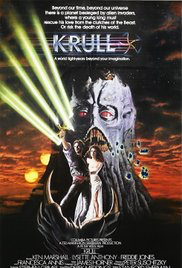 There, on the right, you see it? The movie featured the five-bladed throwing weapon the Glaive as a key plot element 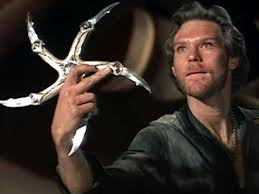 The movie was an action/adventure fantasy film, and the Glaive was central to its plot, in allowing the hero to overcome the forces of evil. It premiered in 1983, just as video games, playable at home, were emerging as a field.

The movie has somewhat of a cult-classic (though campy) status and following, and I have no doubt it influenced the late-80s / early-90s game developers, who in turn passed it along to later generations of games.

The first game to feature a Krull-style throwing weapon called a glaive is the video game adaptation of the movie itself, also titled Krull, launched in 1983 on the Atari 2600 platform (though originally planned for the 5200): 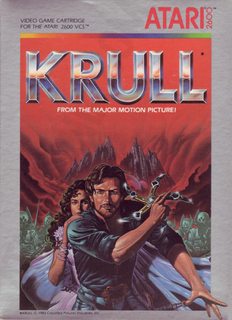 And here's the original video game glaive, in all its 8-bit glory, ricocheting around the arena, tearing through enemies: 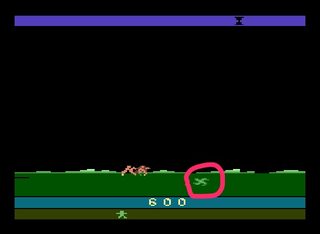 Outside the Krull franchise, @Walt found a listing of games including glaives in the "frisbee of death" sense on GiantBomb.com. Filtering the list down to those games are confirmed to include a "frisbee of death" and which explicitly name the weapon a glaive gives the following chronology†:

Of course, it is unlikely that this list is exhaustive, but I think it provides a solid "fossil record" of the word's usage and evolution over time.

In any event, by now, the name "glaive" for this kind of fictional weapon is well-entrenched, and even the cover art seems relatively stable, a badass hero brandishing a wicked-looking sharp frisbee: 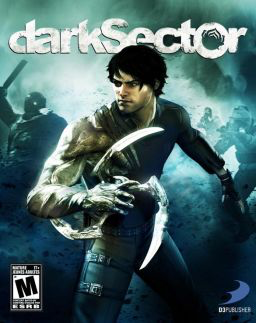 And thus are new meanings for old words born¹.

But why did Krull call this weapon the Glaive?

Of course, the next obvious question is "Why did the Krull screenwriters² choose the name the Glaive for this particular weapon?". Of course, it may not be anything deeper than the "Rule of Cool". This wasn't a historical documentary, it was an action-adventure fantasy film, where pizzaz has higher priority than etymology.

But, as @R Mac plausibly suggests in the comments:

This is undoubtedly the origin of the meaning of the word as it is used in video games today. But it's funny, this is was probably not the meaning intended by the film itself. In Old French, where the word glaive referred to most any kind of shafted weapon, the word carried a second meaning: it was used figuratively to describe the kind of destruction such a weapon imparts, specifically violent death. This was probably the meaning employed by Krull. Funny how language comes full circle to today use the word to describe a different class of weapon.

This is an accurate statement of the French etymology of glaive. See, for example, the etymology offered in The Littré, which says:

Ultimately, we may never know why the screenwriters chose to name this weapon the Glaive. But, perhaps, we can take some comfort in the fact that the choice has bugged nerds like us literally since the movie was first released.

From Starlog Magazine, issue 076, dated November 1983, we see this review from Lawrence Watt-Evans on page 74: 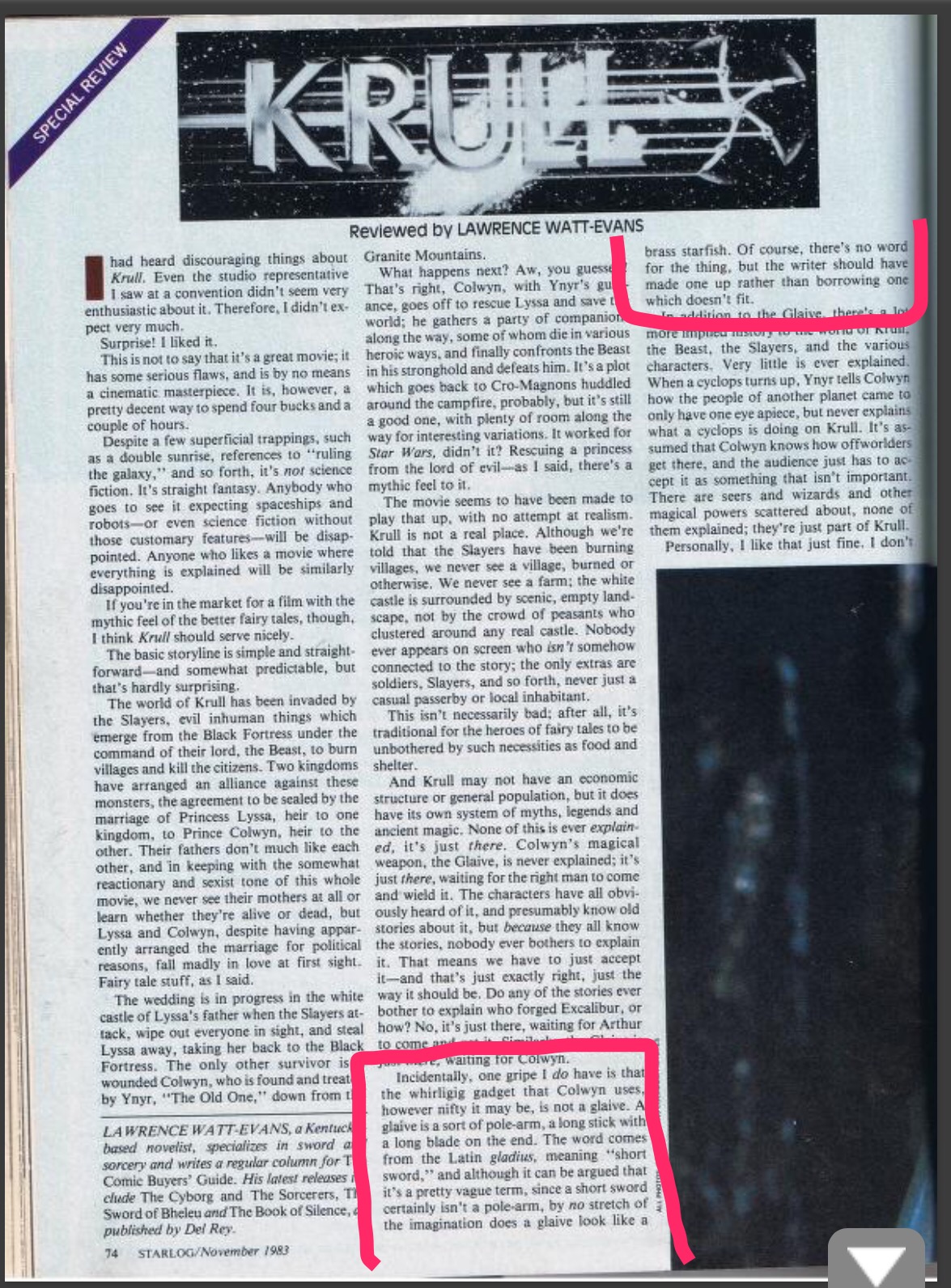 Incidentally, one gripe I do have is that the whirligig gadget that Colwyn uses, however nifty it may be, is not a glaive. A glaive is a sort of pole-arm, a long stick with a long blade on the end. The word comes from the Latin gladius, meaning "short sword," and although it can be argued that it's a pretty vague term, since a short sword certainly isn't a pole-arm, by no stretch of the imagination does a glaive look like a brass starfish. Of course, there's no word for the thing, but the writer should have made one up rather than borrowing one which doesn't fit.

I guess words change, but nerds stay the same.

† Note GiantBomb's list appears somewhat unreliable, and to have been compiled by users looking for the word "glaive" in works' documentation, as opposed to the subject matter expertise of players who know for a fact the game contains a "death frisbee". The list contains both Angband, a 1990 roguelike, which has a glaive but it's a polearm (and a similar situation for the 2004 Predator: Concrete Jungle), and the 1998 Turok 2: Seeds of Evil, which has a death frisbee but it's not named (in-game) a glaive.

¹ To develop an appreciation for the challenges facing professional etymologists, I'll note that the only reason I was able to post this answer was because I remembered seeing Krull as a kid, and the moment when the hero sticks his hands in lava to retrieve the weapon for the first time stuck in my mind for some reason.

When I first read your question I actually didn't know what you meant when you said video games call large shuriken glaives; I'm not much of a gamer and I'd never seen that usage. But when I read your description of them, I thought "that sounds a lot like that thing the guy from the old fantasy movie pulled out of the lava". I didn't even remember it was called the Glaive; but on reading your question, the resemblance was so sharp, I suspected it.

But I couldn't remember the name of the movie! So you know what was google search that provided the seed for this question?

No, I'm not kidding.

² If we want to pursue the investigation into the screenwriter Stanford Sherman's inspiration, one thing place to start is the original script. @Walt has once again come through and found an early draft of the Krull script, which talks about a "silver glaive", which, interestingly, describes it as a four blades (not five as in the released film) arranged in a cross pattern. That "cross" element might provide leads for deeper investigation.

This was supposed to be a comment for Dan Bron's fine answer, but as a no-rep lurker to this SE, I'll supplement the video game point with another contribution:

Warcraft 3, released July 3rd, 2002, introduced the Night Elf faction to the game world and with it, two more interesting uses of glaives.

First, the Huntress, a tiger-riding ranged unit. One of the unit's skills is a passive explicitly called "Moon Glaive," with icon art like so:

This unit gained immense popularity not just as a Warcraft 3 unit, but in a custom map called "DotA" (Defence of the Ancient) where this model was used for the hero, Luna. DotA 2 is a stand-alone offshoot of that custom map released July 9, 2013 and Luna is still one of the most popular heroes, complete with an updated glaive model and still possessing the iconic Huntress skill.

I mention Warcraft specifically, because it also popularized another new kind of glaive, the long, curved blades typically dual-wielded.

Also belonging to the Night Elves, another unit they had were Demon Hunters, like so: 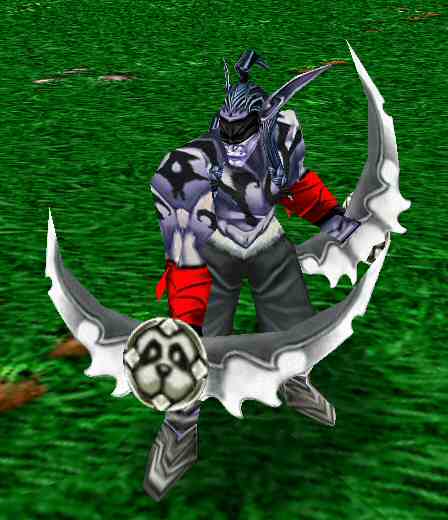 I don't recall if Warcraft 3 explicitly called this a glaive, but one of the most iconic Demon Hunters of the game went on to World of Warcraft raid boss status, where his weapons were an obtainable item called the Warglaives of Azzinoth.

Similar to Luna, these types of glaives went on to the heroes Anti-Mage and Terrorblade in DotA, where they'll undoubtedly influence future heroes in games to come.

If you search for glaive in google you will find all kinds of video game references. It appears that game developers aren't big on accuracy, or they just think they know things that they don't. Which is pretty common with humans.

I don't think the word "glaive" was used in the move Beastmaster, so I am not sure that counts.

Not the answer you're looking for? Browse other questions tagged meaning etymology vocabulary or ask your own question.