What is someone (or something) that causes phobia called?

I'm looking for a word that describes someone who "could be a person or a object" that causes phobia.

For example, those with Anthropophobia could tell about people:

I recenlty this image (a meme, actually) where in Yu-Gi-Oh! series there is a character called Seto Kaiba which in a duel against Yami Yugi lost after Yami summons Exodia, The Forbidden One. 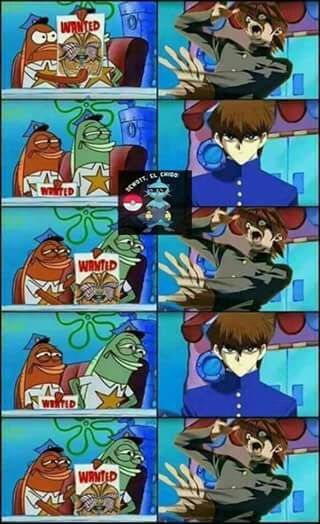 In this example, Exodia "or the one who summons him" can be called what?

Jim posted a good compound adjective in the comments: phobia-inducing.

Many phobia-inducing stimuli (such as blood, snakes, and heights) evoke fear in most people, and the decision as to when this becomes unreasonable or excessive depends to a degree on the investigators' judgment (and perhaps own fears)

If you are feeling more adventurous, you could use a compound based on Greek roots like 0xFEE1DEAD's suggestion of "phobogenic" (adj.). Google Books provides a fair number of examples, all from pretty specialized contexts. A typical educated English speaker would not be expected to know this word, but might reasonably be expected to to be able to figure out the (approximate) meaning.

The expected equivalent noun to "phobogenic" would be "phobogen" (n.) (compare carcinogenic adj. and carcinogen n.), used as a count noun (e.g. "Spiders are a phobogen for me") but I haven't been able to find any examples of this hypothetical word being used at all. There is only one apparent true positive that I found via Google search ("In phobias, subjects are preoccupied by their fears only when confronted to the phobogen stimuli...") and here it seems to be used as an adjective, not as a noun (possibly as an awkward translation from an adjective in another language, like Spanish fobógeno/French phobogène, that would be more naturally translated as "phobogenic").

Not the answer you're looking for? Browse other questions tagged single-word-requests phobias or ask your own question.

19
A word that describes something that has been given a name
13
-phobia word for fear of hearing speeches
2
Word that is to "sexual orientation" as "racism" is to "race"?
2
Word for things separated by one, i.e. next to consecutive
2
What is a word to describe something that will need to be squashed, compacted, or reduced?
3
A single word for a person who encourages terrible rumors about themselves to feel protected
7
What's a good adjective for someone that pretends they are fine or alright, but they really aren't?
3
A word that describes a person who has to fight against a more powerful opponent on a regular basis?
34
What do you call someone who has fought his way from a lower social class to a higher social class with his/her own efforts?