Prefix Meaning “At Most”?

Still, what I really want is to combine the two into one term, i.e. [prefix]hemispherical cap. This would avoid the awkwardness of those phrasings and would be an easily repeatable phrase in a paper.

By the way I do find unfortunate that the word cap here does not fit with the common English usage, synonymous with lid, if it did I could just call it a spherical cap.

Also this has to be easy to understand, if the prefix is too niche I can't use it (although I'd still be curious to hear it.) 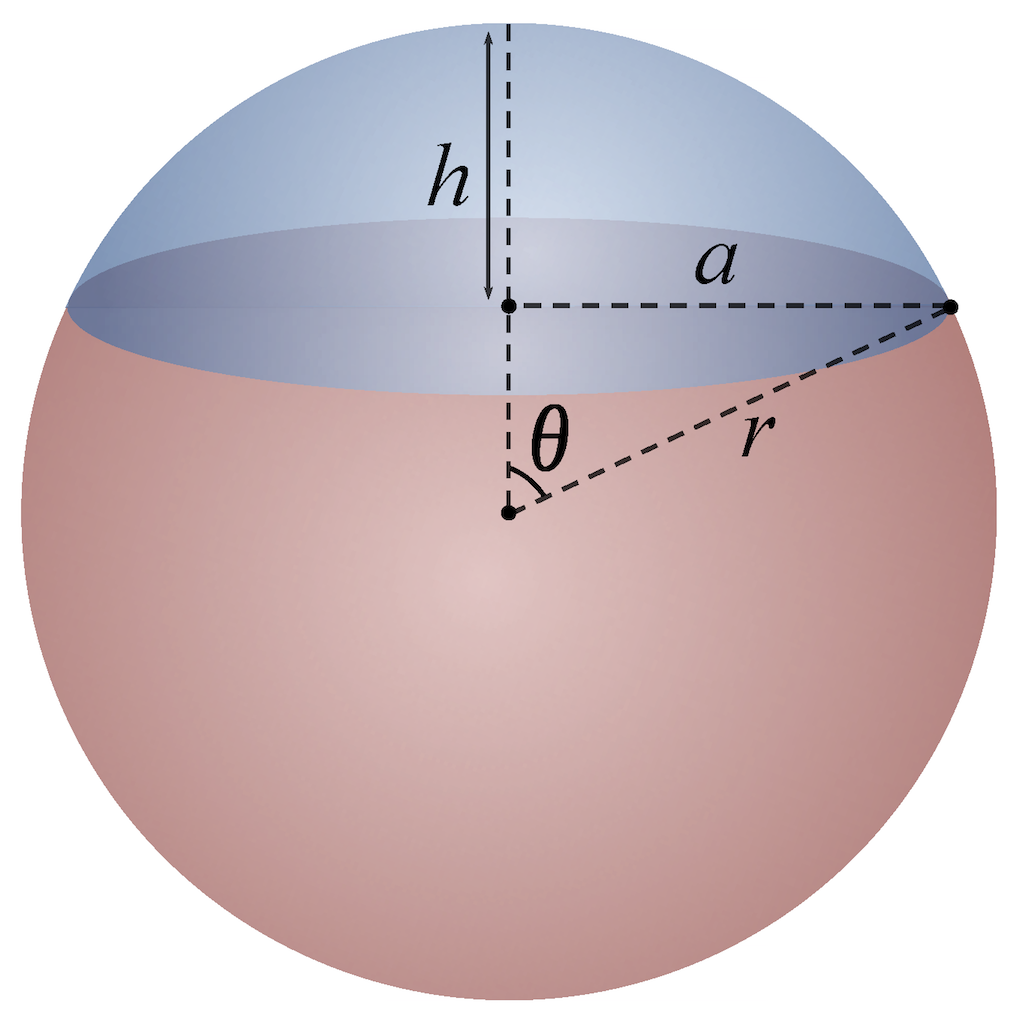 EDITED: For extra clarity on what I want, what I came up with, and added an image.

End- meaning inside of or within, as in
endorse, endocardial, endergonic, endoskeleton, endoscope, endogenous

This is not a single-word answer, but with such a definition you could then introduce a term of your own, such as a cup cover, and use it within the scope of your document.

I have to confess that this is a somewhat frivolous use of topological language, but it might do the job.

Mathematically, you want to say where theta is <= 90 degrees.

By definition, a subset can also contain the entire set. By analogy, a sub-hemispherical cap can include the entire hemisphere. I would state this as a definition before using it.

Not the answer you're looking for? Browse other questions tagged single-word-requests mathematics prefixes or ask your own question.