What do you call a 2D map that shows the characteristics of a 3D train tunnel?

I have googled for a while and I can't seem to find the correct term for this.

Imagine a tunnel for trains, cars, or anything really. Along the tunnel there are various cracks, fissures, weak spots, etc. To visualize this on paper, the 3D structure must be projected in 2D. I'm looking for a word to refer to this kind of map. 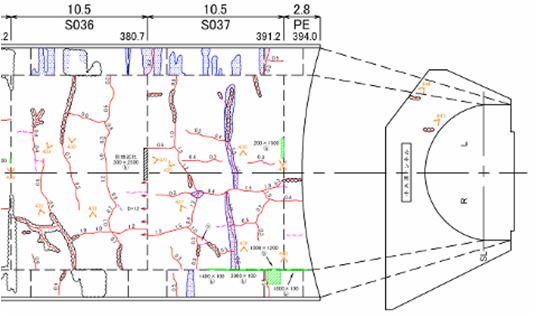 The closest I've come up with is "projection map". Is there a more suitable term for this?

In Japanese it can be called tenkaizu (展開図, てんかいず), but its dictionary or Google translations don't fit since the term is also used for templates for folding paper.

I got a response from the Engineering Stack Overflow site.

Here is the answer I got:

An engineering drawing that shows a curved surface "unwrapped" onto a plane is called a development.

This is commonly used in sheet metal working, where making the object follows the reverse process - you cut out the correct shape(s) on a flat sheet of material and then bend them into the correct 3-D form(s) and join them together.

In engineering drawing, a projection is "what you would see if you looked at the object from a long distance away, through a telescope" which is not what your example shows.

Notice that your example is using two separate 2D images to convey 3D information to the reader.

This very much reminds me of European projection: 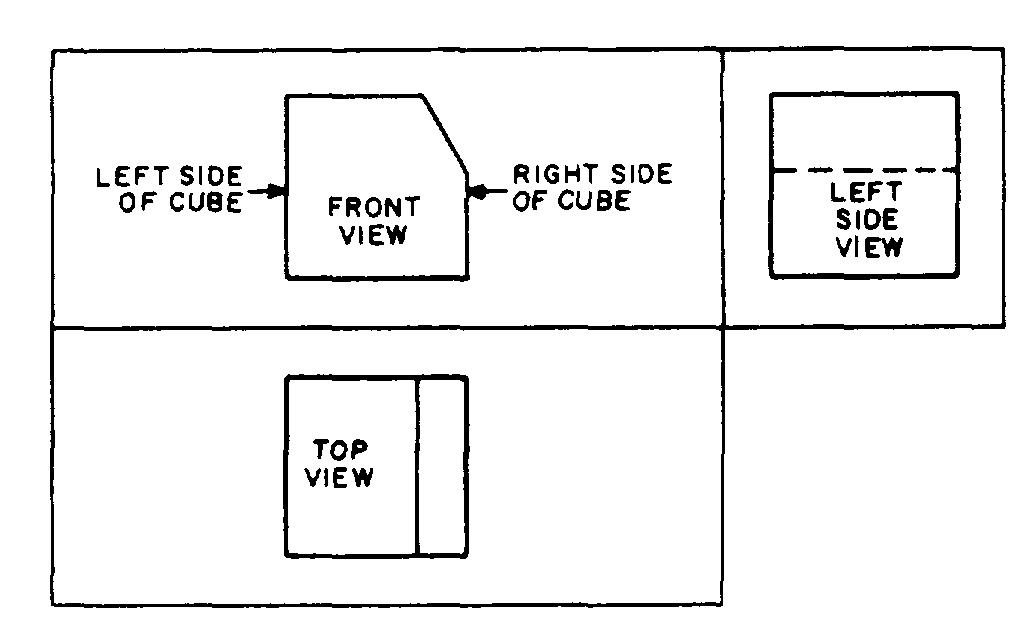 Instinctively, I would have called it "a case of European projection".

Pedantically, the lines that are drawn on your example image are not parallel. However, please note that the page I linked refers to engineering drawing, which are often used as blueprints and need to be pedantically precise.
Your example image is precise on the left image (it notes dimensions etc.), but the right image seems to be a visualization, not a blueprint. Therefore, there is less need for parallel lines as the right image is not intended to convey precision.

If the image you linked is not representative of the whole tunnel, but rather a specific segment of it, the same Wikipedia page lists a second option:

Projected views (either Auxiliary or Multiview) which show a cross section of the source object along the specified cut plane. These views are commonly used to show internal features with more clarity than may be available using regular projections or hidden lines.

I think the image you linked exactly fits the definition of a section view, but I would instinctively refer to it as an oblique projection.

The reason for this is the meaning of the terms.

What do you call a 2D map that shows the characteristics of a 3D train tunnel?