Is there a word similar to “condolences” that doesn't involve death?

This is related to the recent entry in the web comic xkcd: http://xkcd.com/945/

I never say, "I'm sorry," because people interpret that as if I feel at fault, when I don't. I've been simply saying, "that sucks," or, "that is very unfortunate".

If someone dies you can say, "my condolences," and it's perfect; however, that obviously can't be used in a situation not involving death, like in the comic.

I suppose sympathetic/sympathies would work, but is there any other word or phrase, perhaps something less aggressive so as to be unlikely to be considered sarcastic?

I personally find myself feeling awkward every time this comes up.

EDIT: Keep in mind, I very much dislike adding unnecessary bias to my reply. So saying things like, "that's terrible," is not something I'm a fan of doing. What if it was an icy day and the bus came 20 minutes late? I wouldn't say that's terrible, because I'm implying the bus did a terrible job, when it probably did a great job keeping it's passengers safe.

What is your problem with condolence? It does not only apply to grief of death, but of any severe suffering. Its origins are similar to sympathy and compassion, all meaning essentially to suffer together (or as the commenter said "I feel your pain.")

However, all three of these words seem to work: I offer my sympathies, or condolences. I'd also say that to say "I'm sorry" only means "I apologize" in some circumstances. "I'm sorry for the terrible thing happening to you" does not in any way imply that you feel responsible, or are accepting any blame.

In this context I think it's a contraction of "I'm sorry to hear that" which works better in most circumstances.

In fact I believe that the problem is often the difficulty of coming up with an appropriate response because of the shock factor of the information just received.

"That's dreadful", or "That's terrible" or "How awful" work for me as generic responses that are compassionate without sounding sarcastic.

In the xkcd examnple you gave a more usual response would surely have been "is she alright".

This wouldn't work for the burned down house example, but often sharing pain can be expressed by 'I can commiserate with you'.

My personal preference would be "commiserations".

You already mention sympathy, which would work. I think compassion is a worthy alternative:

The New Oxford American Dictionary offers the following advice for mercy and related words. See the part about compassion: 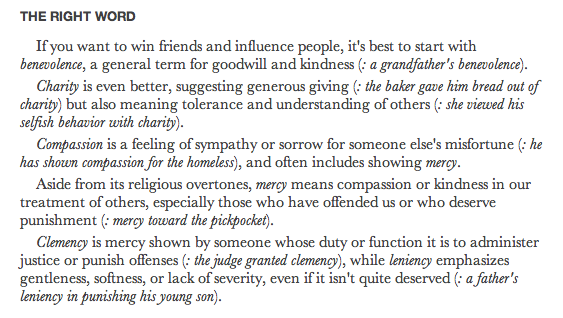 I've recently started to hear "I feel you" in such cases. I think it is used in some american states.

Even though it has a little "hippie" feel to it, I quite like this phrasing because it is neither pompous nor pretentious (like "i feel your pain" can seem) and it skips the apologies' confusion.

It just says what needs to be said which is a sharing of feeling without any more precision.

The problem is this phrasing is familiar and cannot be used in all situations.

If you do not wish to use "condolences", there are several alternatives:

You are in my prayers.
You are in our hearts
Our thoughts and prayers are with you
You have my deepest sympathy

These are several you can use that doesn't imply death.

My heart goes out to you is also an option.

Maybe you want a polite response that will be safe in social situations, in that case I'd go with whatever other people say a lot. More of an etiquette question.

Or you can show concern by asking them more about their experience with it. How are you holding up? How is that for you? This way you avoid the perceived arrogance of knowing what they're going through.

OR.... you could try to express exactly what you are feeling, at your own risk.

I would use the word "regrets." While it can refer to death, it can also be used as an "apology" for a lot of lesser things, which dilutes the "death" part.

There are things to consider when writing a letter for condolences. One must not say to the bereaved family, "God wanted it this way." When you are writing to a friend or associate, just keep it short and simple. Simply express your concern, sorrow, and support.

Not the answer you're looking for? Browse other questions tagged word-choice single-word-requests phrase-requests or ask your own question.

10
Is there a single word that means “cause(s) of death”?
1
Technical Term Specifically for Multi-Example Rhetoric
1
Is there a word that means 'boring to death'?
11
Is there a word that means “this deal will not involve credit”?
78
A fun, catchy way to say the opposite of a 'no-brainer'?
6
A fancier way of saying, “I'm not a fan of…”
3
Is there a word or short phrase used to describe being impressed with someone's accomplishment while also clearly expressing a lack of understanding?
3
Name of Phenomenon? I worry that once I STOP doing an action “just to be safe,” the thing I'm being safe from will occur
10
“Imagine” a word for “picturing” something that doesn't involve sense of sight
13
What do you call a 'usury' ('bad deal') agreement that doesn't involve a loan?