This question on rpg.se asks for the meaning and origin of the phrase "Bad-Wrong-Fun" or "badwrongfun". RPG.net lexicon defines it as:

Illegitimate enjoyment. Saying that a game is "bad wrong fun" indicates that the game is somehow broken, unplayable, poor quality or weak - in ignorance of the fact that many groups are playing and enjoying it regularly. As such, this is not normally something that a person will say themselves, but something they will accuse other people of having said. For example, "John said that d20 is bad wrong fun" indicates that the speaker believes John's criticism of d20 to be foolish given the large number of groups playing and enjoying it. Rifts is often cited as a "bad wrong fun" game. Often written as a single word, badwrongfun.

"Bad wrong fun" is also often used in a more light-hearted sense to indicate the gamer equivalent of a guilty pleasure. "I know it's bad wrong fun, but I loved every minute of it!"

The earliest reference I can find to its usage is from RPG.net in 2004.

It is clearly a concept that is not peculiar to role playing games. For example, football matches could be badwrongfun for people who prefer opera (or, of course, vice-versa). In a more general sense, it encompasses a concept where the enjoyment of one social group is derided as not "proper" by another social group.

This is not a "guilty pleasure" because that implies that the participant themselves considers that there is some sort of illicitness in the pleasure. To the participant this is a perfectly acceptable way of having fun, it is only the observer who finds it offensive.

Is there a general term or phrase for this phenomena? Alternatively, are there other phrases that encompass the concept in other social settings?

Alternatively, are there other phrases that encompass the concept in other social settings?

3 a: one who tends to rebuff, avoid, or ignore those regarded as inferior b: one who has an offensive air of superiority in matters of knowledge or taste

You could also call this a form of elitism:

2 : the selectivity of the elite; especially : snobbery

I think it derives from Newspeak so I would call it such.

To communicate a greater degree, either of negativity or of positivity, requires affixing the prefix double to the other two prefixes to the root word good (doubleplusungood), as in the phrases "Big Brother is doubleplusgood" and "Emmanuel Goldstein is doubleplusungood".

"Bad wrong" is similar to the concept of "double plus". You could even flip it around and say a game you approve of is "goodrightfun".

It comes from the same mindset as the totalitarian regime of Ingsoc in George Orwell's 1984, and it has a similar word structure. The way I see it, when someone uses that word, they are implying that it's wrong to enjoy something like that for forced cultural reasons. Either the speaker or some group they're aware of would not approve of fun being had with a given game.

I wonder if that particular illegitimate enjoyment is listed in The Encyclopedia of Guilty Pleasures: 1001 Things You Hate to Love, by Sam Stall, Lou Harry, Julia Spalding (c.2004)? 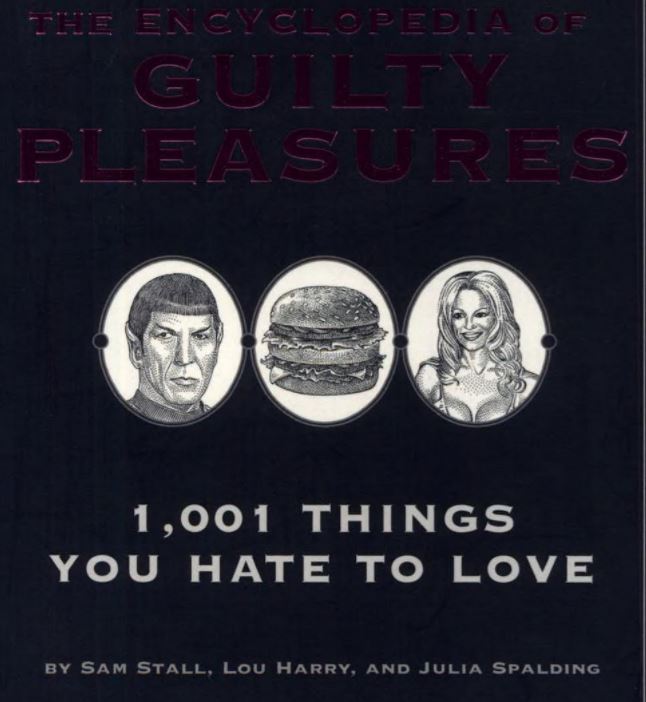 Ostensibly vulgar? It explains something that is not proper, but it isn't generic enough to work for all of your examples. Ostensibly <pick a word that works in context>

3
Expression for over-specified, and wrong, solution
2
Word or phrase for inability to enjoy something fun
2
What's the meaning of phrase "for fun and profit"?
0
An expression for a child that refuses playing with others
61
Is there an English equivalent for the expression "Playing the flute to a buffalo"?
2
What is the expression for playing out several theoretical scenarios?
0
Short way of stating the 'amount of time the player spent playing the game'
0
Phrase or expression for "sending a message to the wrong recipient" in chat
1
What's a phrase that captures someone who appreciates and is comfortable with diversity vs someone who is more comfortable with homogeneity?