What is an alternative term for "Swiss army knife"?

What is an alternative term for Swiss army knife?

As in a general multi-purpose tool. It is a word that everybody understands, but I would like to know some alternatives.

Clarification: The term Swiss army knife is often used to express a multi-purpose, versatile tool outside the contexts of knives or armies.

I think that "multi-tool" or "one stop shop" are adequate alternative, maybe there are more?

A multi-tool (or multitool) is any one of a range of portable, versatile hand tools that combines several individual functions in a single unit. -- from Wikipedia

Pocketknife is the most common term for this type of tool. All Swiss Army knives are pocketknives: 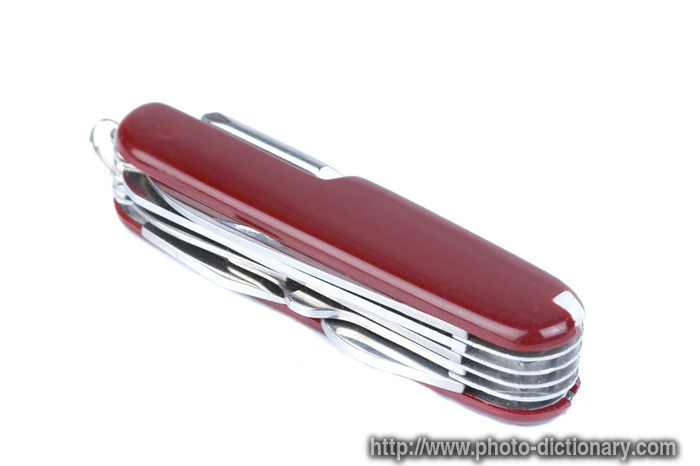 But multi-tool would work, too, especially if the tool in question is not a pocketknife: 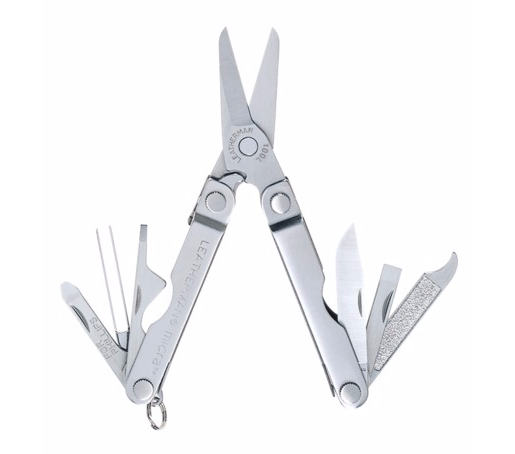 Wikipedia seems to give the answer quite clearly when it defines what a Swiss army knife is:

A Swiss Army knife .... is a pocket knife or multi-tool manufactured by Victorinox AG or Wenger SA.