The difference between superior and upper in medical terminology

I'm studying some medical terms and one of them is "arteries of the upper limb" and another one is "superior vena cava". As I translate them, superior and upper both have the same meaning which is "above the other or higher" so I'm asking: if they are not synonynms what is the difference between them?

The same question goes for "inferior" and "lower".

Scientists often prefer to use technical terms that are usually (but not always) more precise than those found in everyday language.

So "superior vena cava" is specifying an exact spatial relationship to other structures found in the heart. By contrast, the term "upper limb" is referring to less well-defined regions of the body, so does not need to be so precise.

I can think of two relevant factors.

"Superior" and "inferior" are "Standard anatomical terms of location" (Wikipedia) with directions that are defined relative to the standard anatomical position. As far as I know, "upper" and "lower" are not strictly defined in this manner.

Another relevant factor is that "superior" and "inferior" are not only English, but also Latin, so you can expect to see them rather than "upper" and "lower" in set phrases inherited from Latin.

"Vena cava" was inherited as a set phrase from Latin, and so it makes some sense that people would be used to seeing this phrase in Latin language contexts, where one might write about the "vena cava superior" (in Latin adjectives usually come after the modified noun, although this is not an absolute constraint), and when speaking in English, would call it the "superior vena cava", changing only the word order to conform to English conventions, but not changing the adjective used to descibe the vein.

Examples of use of Latin phrases and word order to refer to the venae cavae:

Vena cava inferior.—The vena cava inferior is the trunk of all the abdominal veins and those of the lower extremities, from which parts the blood is returned in the following manner.

("Sir Everard Home's account of the circulation of the blood in the class Vermes," Philosophical Transactions of the Royal Society of London for the year 1817)

Side note on pluralization

Our body: left, right, up and down. visible body

Anatomical position is the description of any region or part of the body in a specific stance. In the anatomical position, the body is upright, directly facing the observer, feet flat and directed forward. The upper limbs are at the body’s sides with the palms facing forward.

Imagine 2 surgeons operating on your abdomen. One says "sponge to the right". The other says: "Who's right: mine, yours or the patient's"? Thus the patient-centric anatomic orientation was established. Surgeon 1 would say: "Apply sponge inferior and medial to hemostat". Surgeon 2 says: "Aye"! 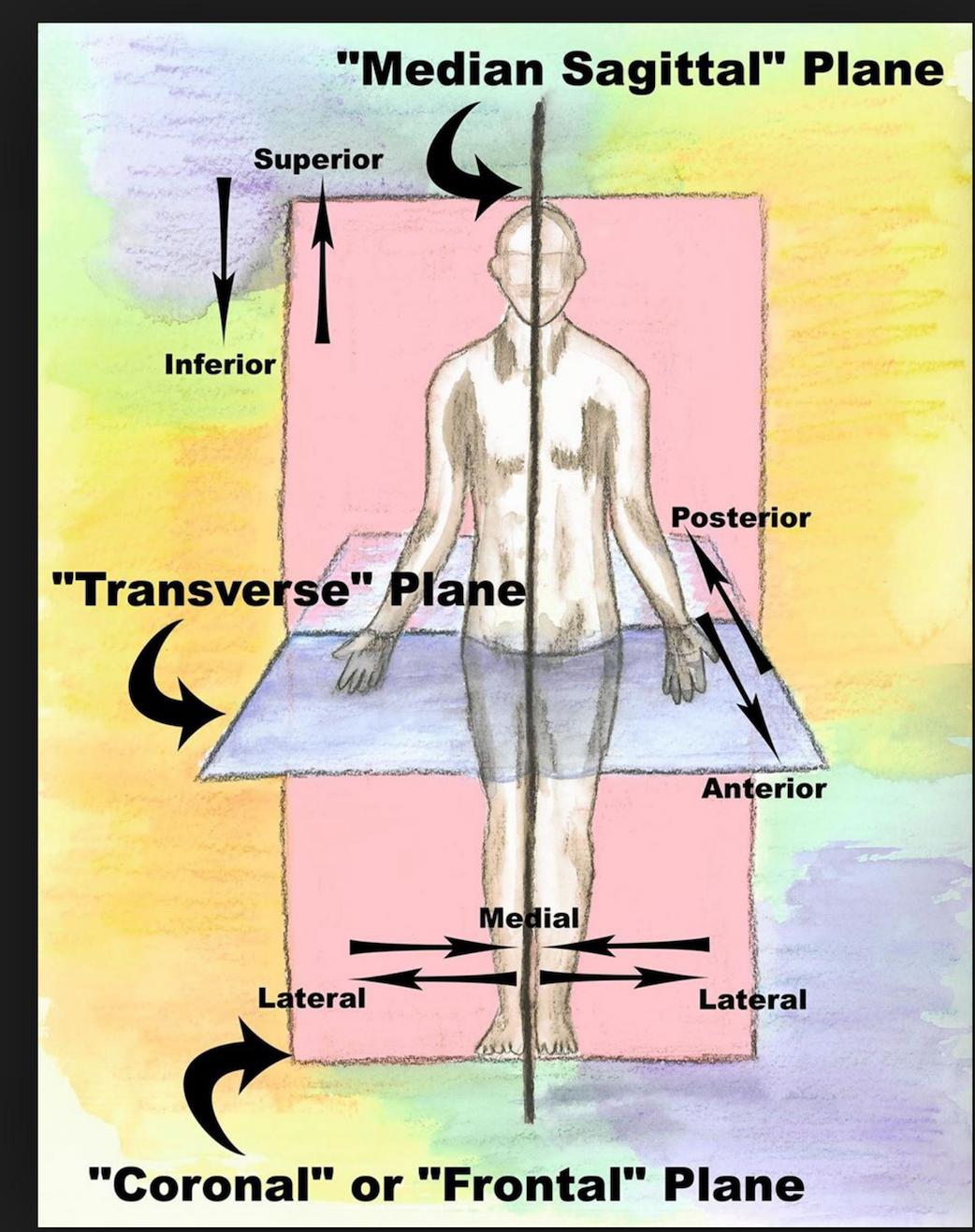 These 11 descriptions allow a common lexicon for the healthcare team to navigate the body! 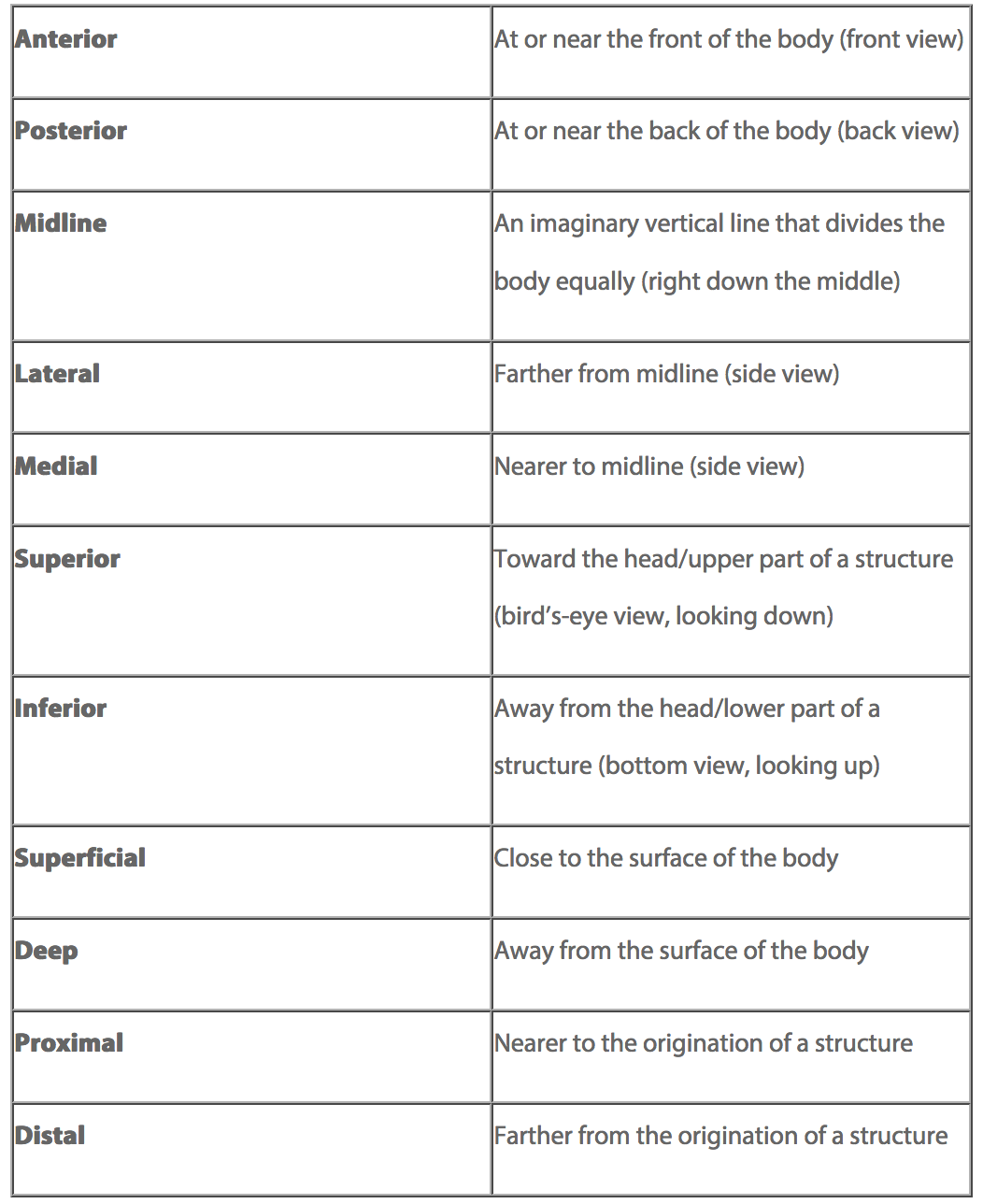