Police cars or ambulances have lights on their roof, which are on when the sirens are on. What are these lights called? Is it something like signal lights or alarm lights?

I am looking for an official term/word.

……………… create an interesting atmosphere at night.

I guess you are looking for the word "beacon lights".

An excerpt from Wikipedia

Vehicular beacons are rotating or flashing lights affixed to the top of a vehicle to attract the attention of surrounding vehicles and pedestrians. Emergency vehicles such as fire engines, ambulances, police cars, tow trucks, construction vehicles, and snow-removal vehicles carry beacon lights

Here is a picture of such a light (Source: http://www.thehindubusinessline.com) 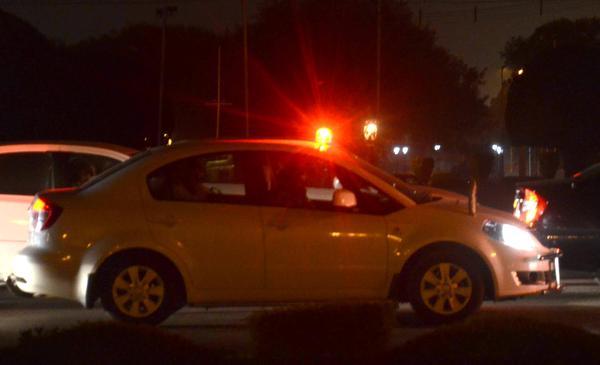 The official term is lightbar/light bar

(noun) A bar mounted on the roof of a vehicle, such as a police car, with rotating beacons or other lights to provide a visual warning.

It is also labeled as such on the Merriam-Webster Visual Dictionary Online. 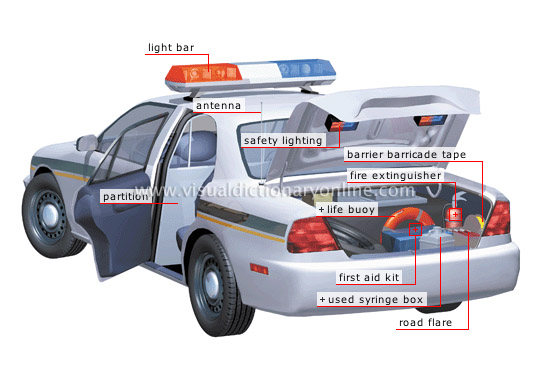 A generic term for these lights seems to just be "Emergency vehicle lights." I have looked for a more specialised word, but even websites that sell these lights refer to them as such.

Police officers in the United States refer to them as overheads. Here's an example usage from an article on officer safety by Shawm Perron, in Calibre Press:

And one more from an article on high-speed pursuits by Sgt. Glenn French, in Police1:

It's used here as a heading in a post on traffic stop tactics.

Blues and twos create an interesting atmosphere at night.

Although British, and arguably informal, blues and twos refers to the lights and sirens together.

British informal
1 The flashing lights and siren used on a police car or other emergency vehicle when responding to an incident. Also later "on (also under) blues and twos".
2 The emergency services (frequently the police).

Origin.
1980s; earliest use found in Autocar. From the plural of blue + the plural of two, with reference to the blue flashing lights and (typically) two-tone siren used on an emergency vehicle.
— O-D

2
Generic term for something you say
1
looking for a name of a type of sentence that uses names of things
2
What do you call the signal at a crosswalk?
1
What is a better word/term for "so-called"?
1
Word for reenacting emergency situations for training, etc
3
Collective term for bees, wasps, hornets, etc