What is the walking area beside a highway called in English?

Please refer to the red arrows in the image on the left. This road is an expressway/highway, but somehow people can come up (using a staircase) and walk in this area, although I've almost never seen anyone doing that (I was here to shoot this photo).

Is there any particular name for the area like this (walking area beside a highway)? 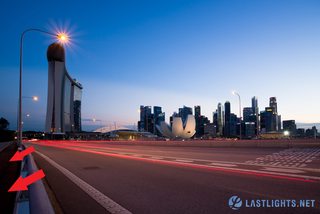 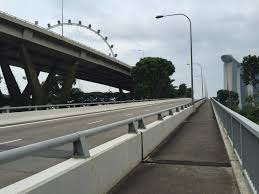 The few places I've seen this without it also being a cycle path would probably be called a footpath (the same word being used for a muddy path though a field and many other paths). This is in the UK, where the term footway is also sometimes used in official material. If cyclists also have access then cycle path/track is in common use though shared use path is more correct and official.

Logically (e.g. on maps) it's treated as a path running parallel to the road, in contrast to a pavement/sidewalk which is a part of the road.

This image shows a similar structure from the Humber Bridge in the UK. The Wikipedia page from where it came refers to this as a Walkway. 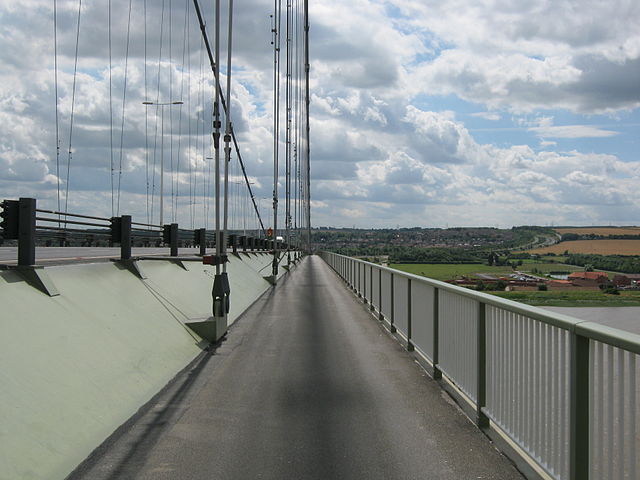 If the area people can walk on is essentially the same height as or the same road surface as the area to the right of the guardrail, it's a footpath. If it is higher such that there is a curb or drop, it's a sidewalk. It may also be called a pedestrian access area.

Not the answer you're looking for? Browse other questions tagged nouns terminology image-identification or ask your own question.