From Billy Joel's Keeping the Faith:

What are ditty-bop shades? I can buy a pair, or could if they were still in stock, but that doesn't help me in distinguishing them from any other sort of sunglasses.

So, to put the question another way, what makes those particular sunglasses, and not other seemingly similar ones, "ditty-bop shades"? What does "ditty-bop" mean?

Research: my Pocket Oxford was no help, and neither was Wiktionary or Wikipedia. The only directly relevant thing I found on Google was the Amazon link. "Diddy bop" means "cool" according to the Online Slang Dictionary, which might be related etymologically, but it still doesn't tell me what in particular about "ditty-bop shades" made them cool. (Google also found some images, but they just left me even more confused as they seemed to have little in common.)

The slang term dittybop has a rather complex history. According to J.E. Lighter, Random House Historical Dictionary of American Slang (1993), dittybop is a variant of diddybop, which was in turn originally a variant of diddlybop. The first form of diddlybop that Lighter cites is as a verb:

Related to these senses of the word is the noun diddybopper—"one who diddybops; (hence) a young street hoodlum"—which Lighter finds in print as early as 1958. Meanwhile, a second meaning of diddybop/dittybop as a noun was emerging:

diddybop or dittybop n. 1. Esp. Black E[nglish] a foolish or worthless person; a nobody; (also) a juvenile delinquent. Also diddlebop. [Examples dating to 1958 omitted.] 2. Black E[nglish] "a style of walking ... accomplished by exaggerating the normal roll and swing of hips, shoulders, and arms, and locking one knee." [Examples dating to 1964 omitted.]

Yet another meaning of diddybop/dittybop as a verb emerged in the late 1980s:

... Black E[nglish] to keep time to music, esp. jazz or rock and roll, by gesturing and moving the body rhythmically. [Examples dating to 1987 omitted.]

Though this sense of the term arose comparatively recently, it seems remarkably close to the originally bebop sense of "diddly bop! diddly bop!" that Lighter notes in the first block quote above.

And finally Lighter has this entry for diddybop as an adjective:

It's interesting to compare this disparaging sense of diddybop with David Bowie's use of bipperty-bopperty in his 1971 song "Queen Bitch":

She's so swishy in her satin and tat/ In her frock coat and bipperty-bopperty hat/ Oh God, I could do better than that!

Clarence Major, Juba to Jive: A Dictionary of African-American Slang (1994) has this brief but precise entry for dittybop:

Dittybop n. (1960s) a young person who crudely and foolishly displays hip mannerisms that are out of key with his or her personality

Robert Chapman & Barbara Kipfer, Dictionary of American Slang, third edition (1995) has this for dittybop and dittybopper:

dittybop or dittybob or diddybop 1 n black by 1950s A stupid person, esp a crude and unsophisticated black person 2 modifier: ... the diddybop image of JJ—Amsterdam News 3 v by 1980s To move, sway, etc. to music: =BOP: A young man with earphones on his head... was ditty bopping in front of Saks—New York Magazine

dittybopper or diddybopper black by 1980s 1 n A person who dittybops 2 n A pretentious or pompous black person, esp one who aspires to enter the mainstream white culture 3 n =DITTYBOP

diddlybop 1960s students 1 v To waste time; idle 2 v To do something pleasant and exciting 3 n: They had a nice diddlybop at Gino's after work

Given that the online slang dictionary cited in the poster's question defines diddy bop as "cool," we have multiple ways to interpret the meaning of dittybop in Billy Joel's "Keeping the Faith" (which was released in 1983). Since the speaker in Joel's song uses "dittybop" to describe his own fashion choice in eyewear, we can safely discard the disparaging meanings "offensive," "foolish," "ugly," and "pseudo-hip." More likely, the intended meaning is something like "characteristic of a hipster who walks with a swagger or a rhythmic sway." If so, "dittybop shades" are simply sunglasses that a hipster or street-cool guy of the relevant era would wear. (Because the song is retrospective, the era in question is probably the middle to late 1960s, not 1983. Joel was born in 1949.)

I think this is the sort of question that can have only the most general answer. I agree with the tendency of the answers and comments so far, and I would summarize them and add to them as follows.

In the verse that you mention, the singer describes just fitting in with his friends when they hung out together, and adopting all of the hipster mannerisms of the moment. The phrase “ditty bop” [shades] could have many variations with no real difference in meaning. The words suggest in a general way the interests of hip young Americans, and somewhat particularly hip young black Americans, during the 1940’s through the 1960’s, interests such as jazz music, drug use, and attitude.

Now. About the shades.

The Wikipedia article on Thelonious Monk quotes Mary Lou Williams from a 1954 issue of Melody Maker magazine, commenting on those who imitated Monk in one way or another. “Why, they even stole his idea of the beret and bop glasses." (A nearly complete version of this article also appears here.)

In a separate article at Quora someone wondered the same thing, including this picture of Monk taken in the late 1940s. 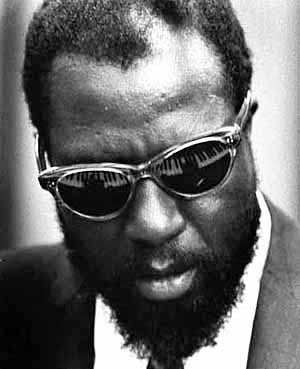 The answer at Quora wasn’t very informative, but when I looked around the web, I found several pictures of Monk wearing various styles of sunglasses. For example, here he sits beside Howard McGhee. 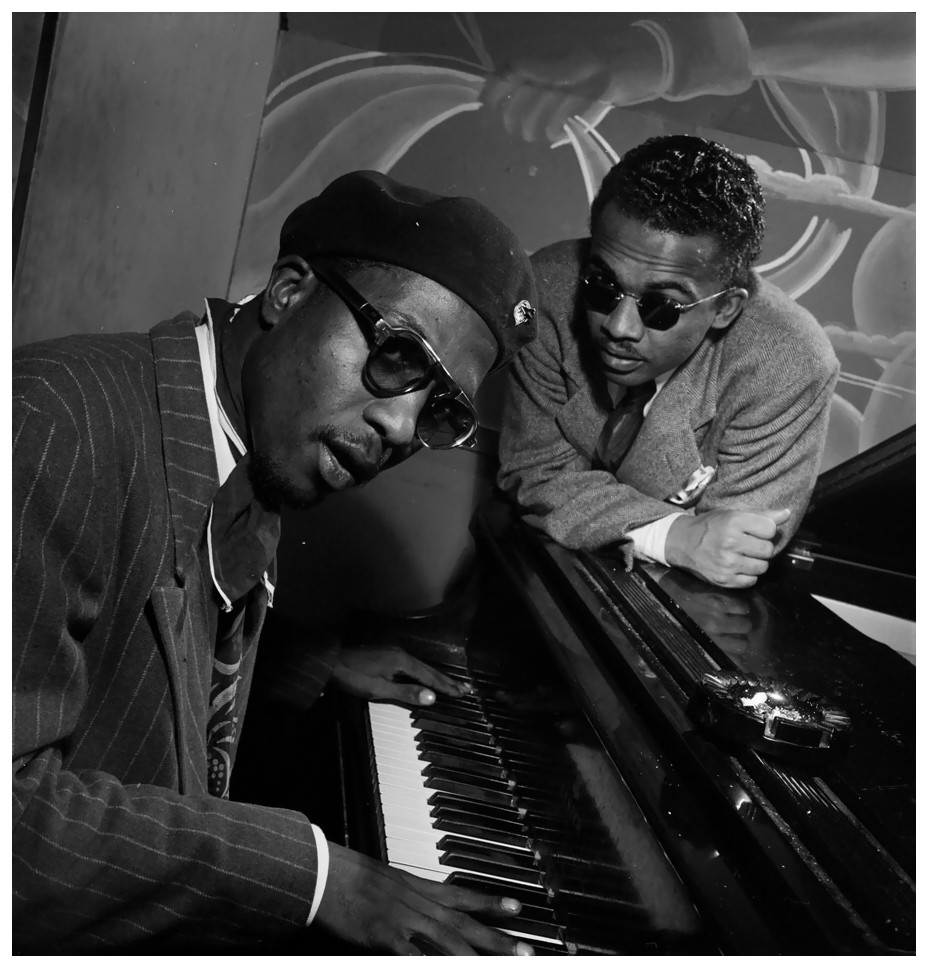 McGhee's wearing sunglasses there too, although of course they're both inside, where the sunshine in notoriously mild. If you pursue this sort of search, you find lots of pictures of jazz musicians and other hipsters wearing sunglasses. Both Monk and McGhee wear them sometimes on some album covers. 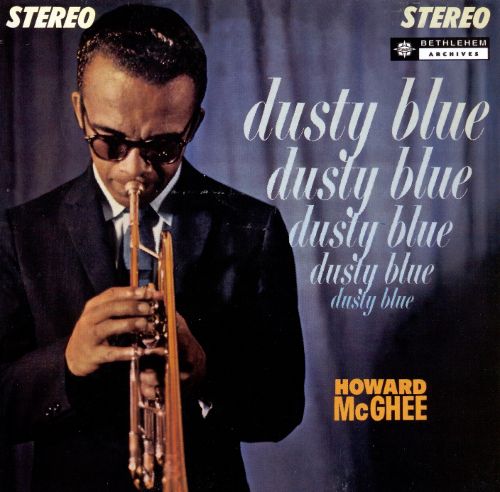 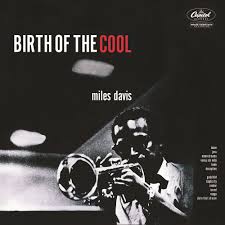 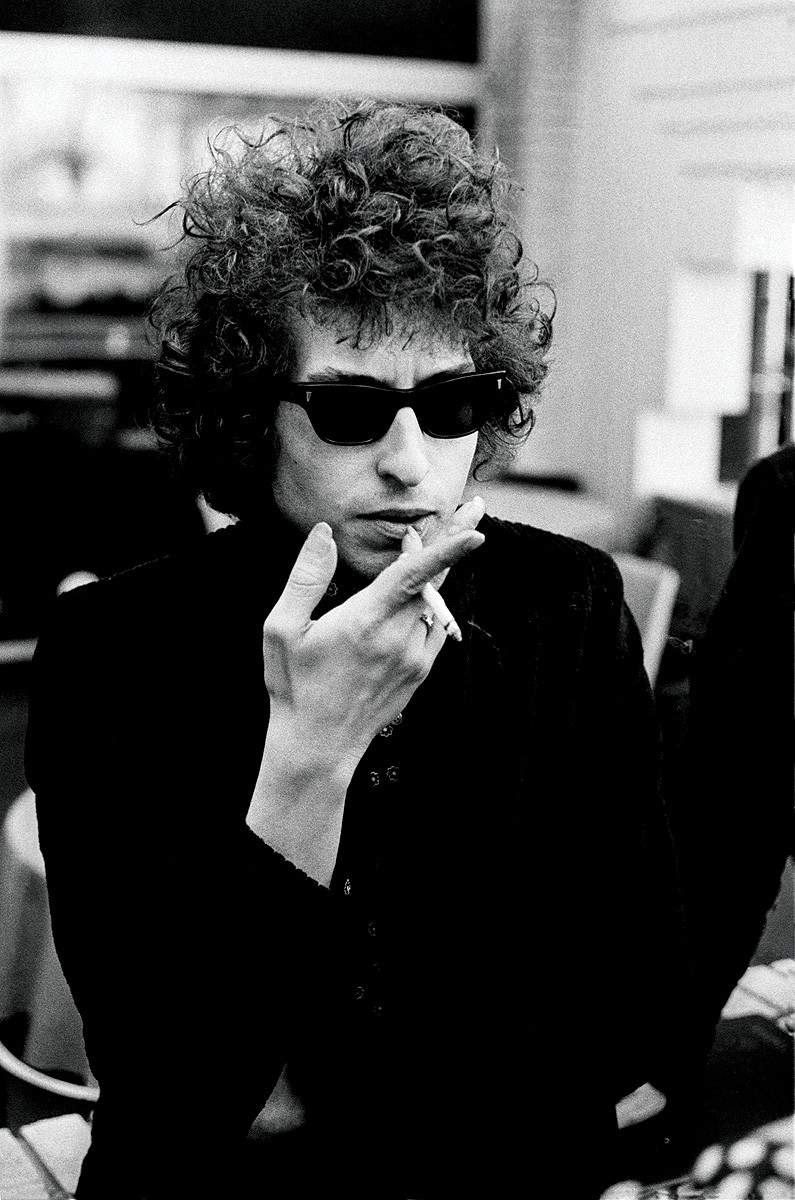 And here are the Beatles. 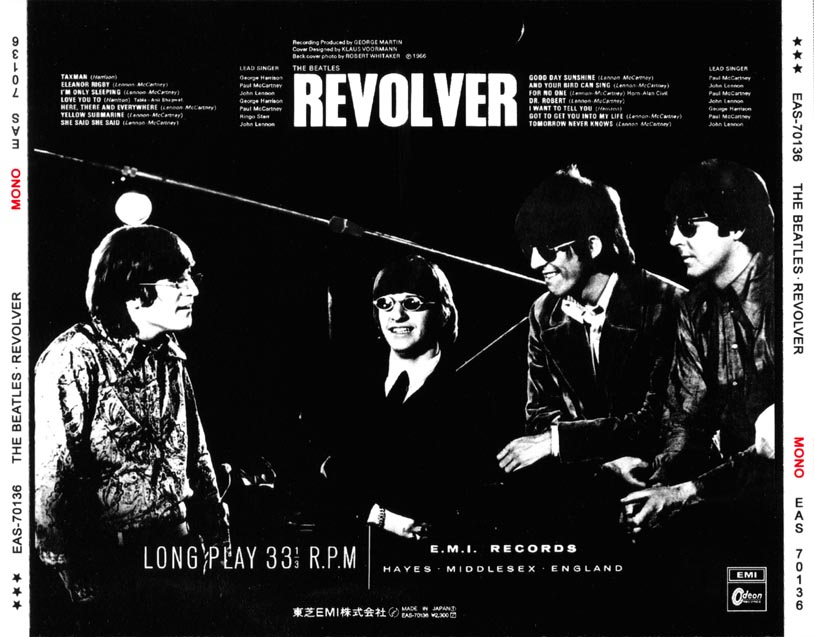 So my answer is that the particular style of the sunglasses is not clear and not relevant to the lyric. By the phrase "ditty bop shades" the lyric just refers to sunglasses worn as an element of hipster style.

The Flagg Bros catered to black males, promoting shoes with heels and platforms. Iridescent socks with the same color shirt, reminds of the 70's when blacks were known for their outrageously loud colors in fashion. Shark skin jacket is shiny and flashy, and dressy with a velvet color. Makes me think of the jazz musicians in smoky bars. And the jazz greats were always black. "And ditty-bop shades", I always thought it said "In ditty-bop shades" again loud colors.

But you know, the beauty of music and lyrics is where it takes you, when you go along for the ride. For me, keeping the faith is a stroll down the memory lane of our youth and being glad for where we ended up. And still able to enjoy a cold beer in the shade.

an obsolete meaning of ditty bop is a military person who listened to and interpreted Morse code, an artificial language of dashes and dots = dittys and bops

This is not the full answer, only some of it.

Their might be a relation between the ditty-bop shades and the Ditty Bops band, I haven't found it yet. But here's my understanding.

The song is an autobiography, about Joel's teen years in the 1960s. It describes his love for the era's music and culture. The song is done in a '60s pop style, and released in 1983.

I put on my shark skin Jacket, reinforcing ownership

I put on my Shark skin Jacket

You know the kind with the velvet collar, he's attempting to appeal to his subject's emotion. In other words trying to appear trustworthy, like saying "Oh yeah, I know the good life, I live it".

Lastly, to answer your question, from the context we can understand that the character is crediting himself. So ditty-bop shades are expensive and representation of wealth and authority.

O.K. the song is released in 1983, in other words the late '90s. According to music billboards, pop genre in music industry is the second most famous. Famous and rich people distinguished themselves through commodities(ditty-bop shades).

Not the answer you're looking for? Browse other questions tagged meaning slang phrase-meaning phrase-origin or ask your own question.

1
"A few shades off" meaning?
1
Objects in mirror are losing meaning
1
What kind of surfaces are semi-vitreous?
27
What are the words for people who cause trouble believing they know better?
1
What is the meaning of 'Rajasthan shades off into the fertile land of Gujarat'