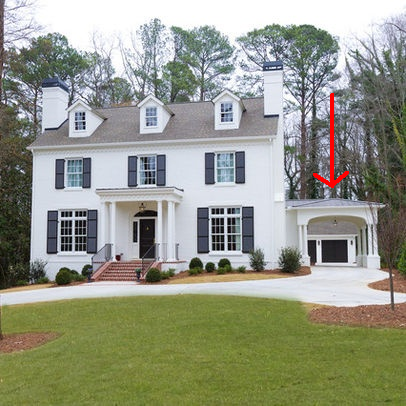 4
What do you call those roofs you usually find at the entrance of buildings?
0
Which word should be used to describe this kind of gate [See the picture]?

0
Semantic term for ~one-way exclusive~? (vs. mutually exclusive)
1
What is the correct technical term for this "pool house" on my villa?
16
Architectural term for this large horizontal structure below an external window?
2
What is the term used to describe the space under a roof that joins two buildings?
1
Is there a term for words that are mistakenly interchanged?
1
The site entrance
1
Is there a term for the process of telling multiple people different information to find a mole?
2
Describing a group of windows?