What do we call a group of stage actors?

What do we call a group of stage actors and actresses, who join together in one team to present theatrical performance? An image is attached for illustration 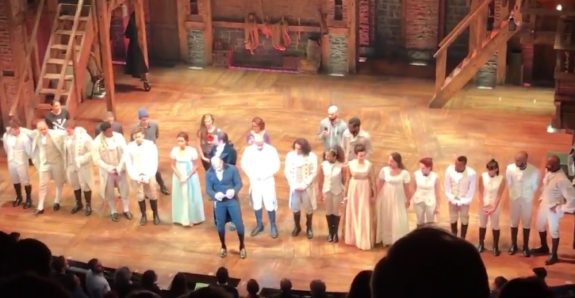 word-choice terminology
Share
Improve this question
asked May 18 '17 at 18:23

If they come together just for a single performance, they are called the cast of the play. However, if they regularly perform together, they may be called a troupe or repertory company.

Troupe generally applies to groups that travel from one venue to another, and may sometimes be used for groups that tour for only one show. Repertory company refers specifically to a group that performs multiple successive shows together, and usually has a stationary home theatre (though repertory companies may also tour). From Oxford Dictionaries:

cast2 NOUN
treated as singular or plural The actors taking part in a play, film, or other production.

troupe NOUN
A group of dancers, actors, or other entertainers who tour to different venues.

repertory company NOUN
A theatrical company that performs plays from its repertoire for regular, short periods of time, moving on from one play to another.

Not the answer you're looking for? Browse other questions tagged word-choice terminology or ask your own question.

8
What is the difference between “group” and “band”?
1
Verb for being part of a team
4
How does one call a person who is next in line within a business process?
1
What do we now call a 'Principal Boy'?
6
What is it called when a group of people forms a shape together?
5
What do you call this kind of educational illustration?
0
What do we call a person who does shoe polishing
1
Why does Shakespeare let two or more actors finish a pentameter?