Does this type of watermark have a more specific name?

Companies often put a URL watermark on their images to prevent reuse/abuse, as shown in the following two images: 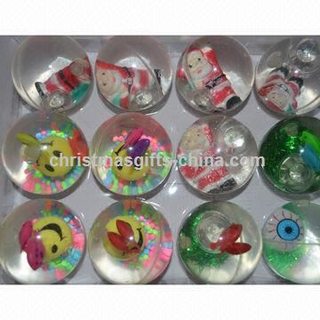 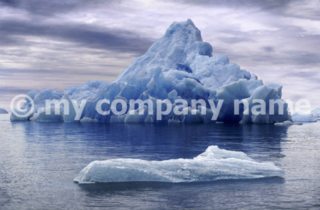 This seems different than the watermark often added to professional photoshoots because the purpose of this watermark is to promote the photographer's business, and because it's typically URLs instead of logos: 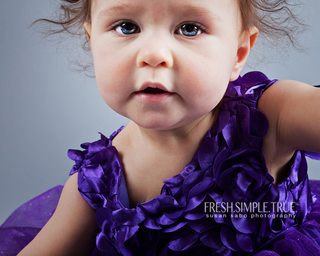 Is there a particular term for the former kinds of imprints or watermarks that distinguishes it from the latter?

Sample sentence (to fit the requirements of the single-word-request tag):

This image is perfect for my final paper, but it has a _______ on it and no indication of how to secure rights to use it.

Although watermark (also copyright watermark) is the word most often used by the general public for this type of image, there are other words in use to describe the particular type of mark you have in Image C.

If the mark is written in a distinctive font or script and placed in the corner of the photograph, it can be alternatively called a studio logo:

Recognizable and distinctive graphic design, stylized name, unique symbol, or other device for identifying an organization. It is affixed, included, or printed on all advertising, buildings, communications, literature, products...Also called logotype.

In photographer´s forums where I participate, it is often called that to differentiate it from the transluscent defacing type of watermark used by professional photographers, archivists, and studios to protect their printed "proofs" and other work.

From Michael Clark on Photography.SE in a discussion about the pros and cons of watermarks.

For 80 years Olan Mills, one of the most successful portrait studio chains in the U.S., printed their logo in gold foil on the lower right corner of every print they sold. Not only did this serve to market their brand every time someone looked at a portrait they had produced, but it discouraged unauthorized copying of prints (Rather than the gold foil on top of the print, the copy would have a picture of the gold foil as part of the print). In the same way that a well known painter's signature increases the value of their work, the tastefully done and appropriately placed logo can enhance the value of your photos.

Continuing from Mr. Clark´s last sentence, many photographers in the past signed their portraits and still lifes with a pen or brush and appropriately colored ink (i.e. white on dark background, and black on light one) in the style of fine artists placing a signature. Others just used a glass screen during the printing process.

There is quite a bit of controversy among serious and professional photographers as to the effectiveness and aesthetics in the use of watermarks, copyright notices, and logos on photos.

From Lex Jenkins on Photo.net:

Regarding the aesthetics of watermarks and copyright notices, my general impression is that unappealing, intrusive and tacky watermarks and logos are generally used by photographers whose photos show the same lack of taste and artistic sensibility.

[If you follow the thread, you can read more opinions on the use of these notices.]

In addition, the symbol © followed by a name and date is more specifically called a...

and may be placed on the border of a photo. (In digital photos it is often included in the excif data.) It is sometimes followed by a "credit" for the individual photographer or author.

Summary: Large, obstrusive watermarks are removed by the copyright holder prior to lawful distribution, but the studio logo usually remains even after sale of the photo.

And in your sentence:

This image is perfect for my final paper, but it has a studio logo on it and no indication of how to secure rights to use it.

The term is watermark which may take different forms:

From How to Easily Watermark and Protect Your Images: 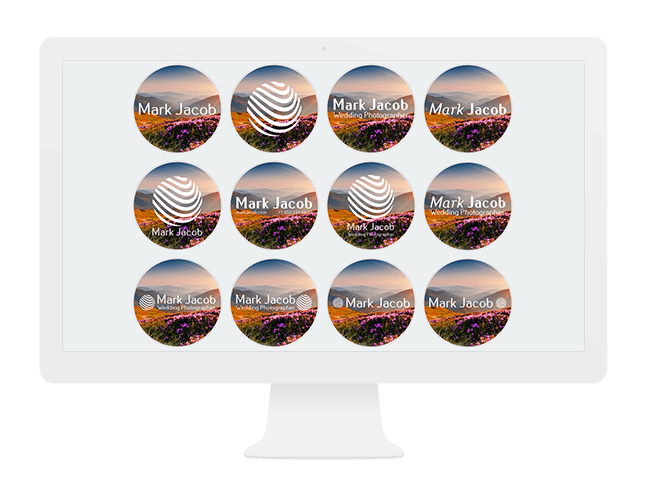 Not the answer you're looking for? Browse other questions tagged single-word-requests terminology obscure-terms or ask your own question.

3
Does this whooping whistling cheering noise have a name?
6
A specific type of painting style, named after a Frenchman
0
Does this kind of bag have a specific name?
0
Name for the specific advertisement stands
1
Is there a name for this type of security window?
15
Does this addition technique have a name?