Is there any difference between the usages of "neutralise" and "balance" for charge cancellation in scientific context?

For example, in the text below, which is from a research paper, they have used both of them, repeatedly, and it seems that they are interchangeable.

This answer is not supported by any references (other than the one I added to the question) but is an explanation from the experience of a native English-speaking professional scientist.

In an attempt to make this answer generally comprehensible let me first clarify the context, in particular to explain what the ‘sites’ are. LDH stands for ‘layered double hydroxide’ and the layers are the outer two sheets in the image below: 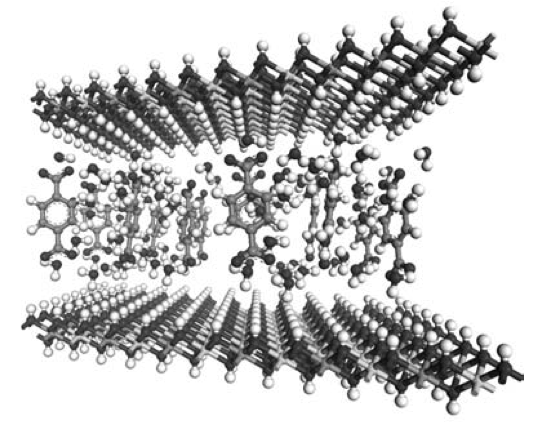 They contain lots of negative charges at particular positions — sites.

In so far as the net effect is concerned, “balancing the charges on the sites” is equivalent to neutralizing the charge on the site (making it “charge-neutralized” in the jargon used). Why the different terms?

NEUTRALIZE means make ineffective by applying an opposite force or effect and BALANCE means an even distribution of weight enabling someone or something to remain upright and steady for (eg. she lost her balance and fell)

This might be too domain-specific for this forum, but I'd say that "neutralised" is its state, and charge-balancing is the means by which this is achieved. However, you could use "neutralised" or "balanced" interchangeably, I think.

Not the answer you're looking for? Browse other questions tagged terminology science academia or ask your own question.