I would like to know if there is a technical term, perhaps typographic, that describes a letter of the alphabet that can be analyzed as partly composed of another letter of the alphabet. This is not all that common in English, but there are examples. If you are teaching a child to make an uppercase R, for example, you might tell them to make an uppercase P and then add a leg or foot to it. That P could then be referred to as "the ______ P within the R."

Some relevant terms include typographic ligature, which refers to a symbol or character made from multiple letters:

Two or more letters combined into one character make a ligature. In typography some ligatures represent specific sounds or words such as the AE or æ diphthong ligature. Other ligatures are primarily to make type more attractive on the page such as the fl and fi ligatures. In most cases, a ligature is only available in extended characters sets or special expert sets of fonts.

Also relevant would be grapheme:

the smallest meaningful contrastive unit in a writing system.

And then there are glyphs:

The shape given in a particular typeface to a specific grapheme or symbol. Most commonly glyphs are letters and numerals, but punctuation marks and symbols and shapes (e.g. ITC Zapf Dingbats) are also glyphs.

So, for example “fi” comprises two glyphs, namely “f” and “i”; however, they can be combined into a single “fi” glyph (in this instance the combination of “f” + “i” to form a single glyph, is know as a ligature).

Roughly speaking, one glyph usually corresponds to one character in a typeface; however, there are numerous instances when this is not strictly true. For example, the glyph “ö” is sometimes represented by two characters, one representing the “o”, the other representing the diacritical mark “¨”.

It seems like none of these is an exact answer to your question, as with your example of "P" and "R." But they do provide terminology for how characters can interact with each other to present a larger whole (as with ligature).

I'm guessing typographers would describe letters in relation to each other based on their component parts. For instance, they might say that a capital "R" is like a capital "P" with a leg stroke. 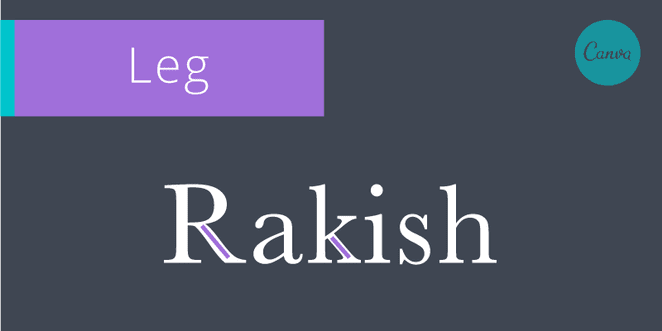 superset.
NOUN Mathematics - A set which includes another set or sets. - https://en.oxforddictionaries.com/definition/us/superset

3
What is the history of the cursive p?

4
Word or phrase for multilingual pun/word play
1
The centrality that does not need to be named
16
Describing “not knowing what to do” (as a response to an unexpected event that happened)?
2
Is there an appropriate word to refer to “the letter to which this letter is responding”?
3
Adjectival form of “consult”, “consultation” – Translation for the German word “konsiliarisch”
6
Word to denote a negative tone in the spoken voice
9
Word for a shadow's owner
4
A word that means a pseudo joke that has underlying meaning
3
Single word meaning “Lack of perspective”